There's a new way to train for explosive strength: landmine exercises. Specifically, the ones suitable for ballistic performance. It doesn't take much to build power. Just add a few of these moves to your weekly workouts and watch your strength explode.

Check out the exercises in the video, then get detailed instructions and programming tips in the tabs below. Don't have a landmine device? Here are two to choose from:

Because of its pivot point, the barbell moves through a predictable arc. The weights and your grip will always be the same distance from the pivot point.

The resistance encountered during landmine lifts occurs in multiple places – vertical and horizontal. This speeds the learning curve of technical exercises, allows for joint-friendly overhead lifts, and gives landmine exercises an advantage over similar, free-weight variations for building athleticism.

Neophobes – coaches and athletes who fear change – can rest easy, though. We're not reinventing the wheel. When used correctly, Olympic lifts are safe and effective. Many of the best landmine power exercises are derivatives and accessory movements from Olympic weightlifting.

Do 4-6 of these lifts 2-3 times per week. Place these exercises toward the beginning of your workout and do them while you're fresh. Keep the reps crisp and in the 6-8 range. Anything more and it turns into a quasi-cardio session (dancing with the landmine), and power output and subsequent adaptations will suffer.

Try cluster sets. Cluster sets intersperse short rest intervals throughout each set. For example, you might break up a set of 6 landmine rotational cleans as:

Finally, these exercises require grasping the sleeve of the barbell and are very taxing on the grip. Since grip training isn't the primary objective, feel free to use lifting straps.

This is a derivative of the strongest and least complex of the Olympic lifting derivatives – the traditional mid-thigh pull. (3) It's a good place to start. As soon as you get the form down, you'll want to load this one heavy.

The clean pull takes the previous exercise and increases the range of motion to the floor. Think of the clean pull as having two pulls occurring seamlessly: first, moving the bar from the floor to the power position (mid-thigh). Second, extending the hips, knees, and ankles to pop the shrug like a mid-thigh pull.

The landmine version of a hang high pull is an explosive triple extension with an upward pulling pattern that trains the glutes, hamstrings, quads, calves, delts, and traps.

Think of this as "catch-less" – there's no receiving the bar in the front rack position or overhead. This means you reduce the technique demands and boost the potential for heavy loading.

Unlike the traditional hang high pull, you do the landmine version unilaterally. This hammers the core in a manner untouched by traditional Olympic lifts. The landmine guides the pull in a shoulder-friendly arced path: up and out.

The push jerk is a great Olympic lift that promotes overhead power, but those with poor mobility often fail to get it overhead safely. The landmine version fixes this, and it'll build your chest, shoulders, triceps, and upper back while improving stability in your core and shoulders.

For this one, use maximal leg drive to hoist the weight overhead.

This variation starts from the hang position and requires you to rotate as you clean the weight. It builds athleticism, power, and rotational strength. This is a bit more complex than landmine hang clean, but just plain fun.

This is a full clean with a rotation.

This exercise combines the previous exercises. It's an expression of lower and upper body power.

Using both arms, you can take out the rotation and use the landmine for heavier cleans. Landmine cleans have a unique advantage over other tools for their ability to promote proper hip extension. You're generating power from the hips, but with the landmine, you have the loading potential to optimize power and strength.

This exercise feels a little like a kettlebell swing because the barbell begins between the legs and requires forceful hip extension with slight horizontal force production.

For the muscle snatch, you don't dip under the bar to catch it the way you would during a traditional snatch. This variation works well with the landmine since you can just focus on getting tall and putting the bar up and out.

The landmine hang muscle snatch builds robust shoulders, but start light since this one will challenge your shoulder stability.

The landmine clean is great for learning hip extension and leg drive. The catch is also beneficial for learning to absorb the weight with full-body activation of decelerating.

This loaded jump variation will get you to generate vertical and horizontal forces, which will carry over into most sports.

Most people neglect rotary core stability and strength. Many simply lack the ability to generate force through the midsection. The explosive windmill solves this problem.

For full-body explosive power, you can't beat the push press. The landmine push press may be performed with both hands, which allows for more load, or unilaterally, which increases demand on the midsection due to asymmetrical loading. 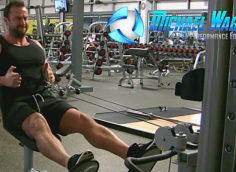 Do an isometric hold every third rep or so to produce greater muscle activation and stimulate size gains.
Back, Bodybuilding, Exercise Coaching, Tips
Michael Warren June 10
Think you have what it takes to make it in the world of elite sports? Do you have immense talent and ability? Great, but so do a few thousand other guys. Unfortunately, all of these things will only get you so far in this world where good often isn't good enough. At this level you have to be one of the best just to get your foot in the door.
Training
Charlie Francis December 8 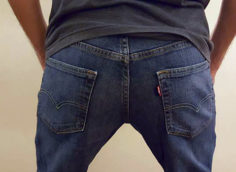 Chances are if you're over 30 that backside of yours is starting to look like two gluten-free pancakes, even if you train. Here's why and how to fix it.
Bodybuilding, Glutes, Tips, Training
TC Luoma November 18

Get more range of motion and improve your weightlifting technique with these simple stretches.
Mobility, Tips, Training, Weightlifting
Tom Morrison May 4