When Charles Poliquin and Ian King began promoting the concept of Time Under Tension (TUT) back in the 90's, it took the bodybuilding world by storm. Everyone suddenly began methodically timing their reps with a stopwatch.

And not just timing how long it took to do a set, mind you (a practice that had already been conceived). Lifters were timing the durations of their eccentric phase, concentric phase, and even the pause in between them. Suddenly, we saw the emergence of different TUT recommendations for various objectives, such as 3-1-1 for strength and 5-1-5 for hypertrophy development, for example.

Many lifters loved this new training approach, but for all the wrong reasons. Very simply, for all the lifters out there who were previously using sloppy or undisciplined technique, TUT forced them to slow down and gain control over what they were doing. And while that's not in and of itself a bad thing, the reason that so many lifers fell in love with TUT was because it hurt. It hurt when they did it, and it really hurt the next day.

While pain is often an unavoidable side-effect of training, it should never be the goal of training, nor should it be the sole or primary means used to assess the value of a training method.

One issue I've always had with the TUT concept is that it only focuses on extending the duration of the rep itself, while ignoring other potentially result-producing ways of extending the amount of time that the muscle is exposed to growth-producing stress.

Let's say you were benching and you did 225 for 8 repetitions, and you did those reps the way most people do (and probably should for that matter), which means a controlled descent, perhaps a slight pause at the chest, and then a comfortably fast concentric phase. Lifting this way, a set of 8 would take about 24 seconds.

Now if we do this same set using the TUT approach, we might use a "4-1-2" tempo for example, meaning a 4-second eccentric, a 1-second pause, and a 2-second concentric. This means that your set of 8 would take 56 seconds to complete. Will this extended TUT make for a more effective stimulus? It'll certainly be a lot more unpleasant, but I'm not sure the pain would be worth the gain.

If we assume that the original set of 8 where each rep took 3 seconds to complete was challenging (and if it wasn't why were you doing it in the first place?), then you simply will not be able to use a 7-second TUT with that weight. My guess is that you might get about 4 reps with the slower tempo. So let's compare both approaches side by side:

So while the extended TUT set hurt a lot more and while it may have produced higher metabolic stress, the much lower training volume and peak concentric stress is a significant downside. 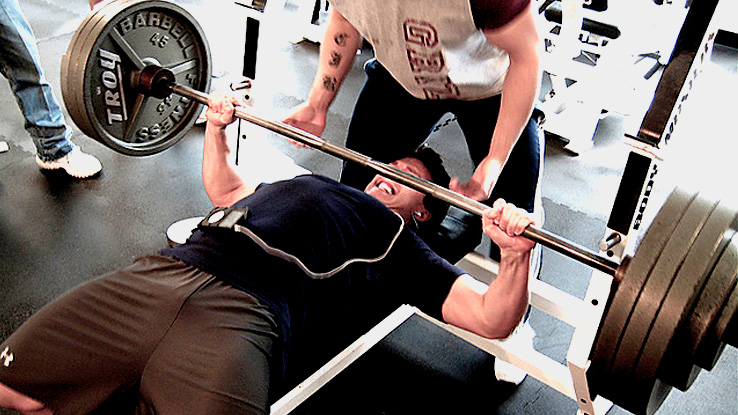 What to Do Instead of TUT

If we really believe in the value of TUT, there's another quite simple way to achieve it without the negative downside: do more total sets. Using the above example, if the lifter performs 2 x 8 using the 3-second TUT, he'll amass 48 seconds of total TUT (which is nearly as much as 1 x 8 with a 7-second TUT) without a reduction of peak forces or training volume.

Now of course this comparison is predicated on the assumption that it's total TUT that really matters (not the TUT of a single rep or set), but I don't think that's a risky assumption to make.

Now with all this said, there's certainly value to creating metabolic stress in your workout, particularly if hypertrophy ranks among your top goals. In fact, my colleague Bret Contreras, in his article Training For Maximal Muscle Growth Explained, shows that while metabolic stress is an important stimulus for the development of new muscle tissue, you must also pay equal attention to mechanical tension and other factors.

Mechanical tension is all too familiar to powerlifters and other athletes who prioritize strength development in their training. It's created when you lift very heavy weights (heavy compared not just to your 1RM but also heavy relative to your momentary 1RM) and/or moderately-heavy weights as fast as possible. This type of stress would be experienced when performing the 3-second TUT for 8 reps in my example above.

Metabolic stress is also an important stimulus for hypertrophy however, and it's indeed a result of the longer, 5-second TUT example I laid out.

(Muscle damage, as Contreras explains, is a feature of any novel exercise or training method, so training variety is the key for this component. But since variety can be a feature of both low and high TUT training, I won't be focusing on it here.)

If you'll allow me the shameless plug, it's my belief that Escalating Density Training (EDT) can be an effective way to achieve all 3 growth-triggers in the same workout. Here's why.

Anatomy Of A PR Zone

EDT is focused around the performance of 15-minute timeframes (called PR Zones) where the trainee performs two opposing exercises back to back. The standard EDT protocol involves starting the PR Zone by performing sets of 5 with a 10RM load, and then gradually reducing the reps per set to account for accumulating fatigue.

As you begin your initial sets of 5, you're still fresh, and you'll only be performing about half of the reps you'd be able to perform if you were taking these sets to failure. By keeping so many reps "in the bank" on these early sets, you're maintaining a physiological margin that permits a significant amount of concentric speed on each rep you perform. These conditions are favorable for a moderate tension speed-strength adaptation.

Later in this 15-minute timeframe, perhaps 6 or 7 minutes in, your margin will be reduced due to accumulating fatigue. Fiber tensions are now higher, since what was your 10RM is now more like 7-8RM. These "middle" repetitions generate relatively high tensions, fulfilling the mechanical tension requirement by hypertrophy adaptations.

Finally, as you reach the final few minutes of the PR Zone, fatigue has accumulated to maximum levels – you're now performing sets of 1-2 with a temporary RM of 3-4. These last reps generate a high degree of metabolic stress, satisfying the third and final requirement of hypertrophy.

Time Under Tension: Much Ado About Nothing?

Well, not exactly. I feel the same way about TUT as I do about the Paleo Diet – I like the concepts better than I like the actual people who worship it. Poliquin-style TUT recommendations are in fact a valid way to increase the metabolic stress of a workout, and this training style is effective on exercises or muscle groups that tend to be worked sloppily. Bench presses and calf raises immediately come to mind.

It might also play a valuable role for athletes seeking improved local muscle endurance. Finally, prolonging the TUT of any given rep reduces the mechanical stresses on joints, making it an attractive possibility for those suffering from orthopedic issues.

So if you find that TUT training helps you to achieve your goals on any of those levels, you've found a justifiable reason to use it. But if you, like so many, simply enjoy how much TUT hurts, well, there are much easier and faster ways to hurt yourself than lifting weights. 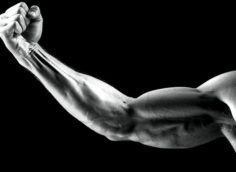 Limb length relative to torso length is one of the main factors that determines which muscles receive the most stimulation. Info here.
Training
Christian Thibaudeau July 30

Sometimes, to get your biceps and triceps to grow, you have to specialize. This is the plan you need.
Arms, Bodybuilding, Training
Christian Thibaudeau December 12