For the first decade of my career in the strength and conditioning field, I wasn't too charitable when it came to cardio machines. But I learned the value of the rowing ergometer or "erg." I learned this by getting my butt handed to me!

I bought my wife a rowing machine for her birthday. Believe it or not, at an intimidating 5' 3", she was captain of her nationally ranked college crew team.

The week we got it, I walked down to the basement to see her get after it on the erg. She was humming along, and making it look easy. I decided to hop on and try it out myself.

I cranked out a 500-meter time trial and narrowly edged the 500-meter pace she'd just maintained over 2000-meter. In short, my wife kicked my ass.

What's worse, when I got off the erg I was completely gassed. When I was done wheezing, I joked with her that I couldn't believe she used to wake up at 5 a.m. to do that in the middle of winter on an icy river. It was awful.

Why was it so awful? Well, first, I was wildly inefficient with this cardio approach.

Second, the stress was distributed over my entire body, so I felt like I was limited more by my ability to breathe than by local muscular endurance.

Third, I'm a competitive bastard, and the thought of being out-rowed by my little wife didn't sit well with me.

So I decided I'd do it once a week as my interval training, and it's proved to be one of the best training decisions I've made.

Why the love for the erg? First, you can get in a lot of work in a short amount of time. And because the stress is distributed over your entire body, rowing won't gas your lower body like sprinting does.

It's a tough fitness challenge that can actually help you recover from heavy squatting and deadlifting -- better than sprinting twice a week.

Before we get to the training protocols, note that this absolutely isn't for everyone, so let's outline the contraindications. You should not row if:

There are coaches who devote their entire career to building elite rowers and optimizing technique. I'm not one of them. However, I do have one bit of advice:

Move through your damn hips, not your spine.

That said, most advanced rowers pull a bit higher up, essentially toward their nipples/sternum. Effectively, it looks a bit more like an upright row -- or Olympic lift pattern, when you effectively use your legs -- than a true "row."

For the general fitness folks just looking for a training benefit as safely as possible, it's probably more shoulder healthy to pull a bit lower down. The upper abs is a good reference point, even if it means you'll go a bit slower.

Use the rower for shorter duration intervals. When people who haven't been properly educated on rowing technique try to crush 20-30 minute sessions, bad things happen.

For that reason, stick to shorter bouts on the erg. Or just get up and walk around between sets, adding in some filler mobility or activation exercises.

The 300-meter distance is awesome because it invariably works out to about 60 seconds for most people of reasonably good fitness, but not elite rowing status. If you get lazy, though, your times will slip.

It's also a good set-up for people who are just starting out to see quick progress. Try this:

This is another low-volume, shorter duration protocol that's a bit easier to suffer through as each successive set is slightly shorter than the next.

You can also do it the other way around, going from 100-meter to 500-meter over the course of the sets. It's not great for pride, though, as your pace will slip significantly from set to set.

This was one of the top three most awful experiences I've had with exercise. I'd argue that it's right up there with super-high-rep sets of squats and deadlifts.

The first time I did a 2000-meter test, I had that awful "I sprinted outside in the cold air and now I can't seem to fully get my breath" feeling for about a day.

After I realized that I never wanted to do 2000-meter again, the logical next move seemed to be to cut the total distance in half and do two 1000-meter sprints instead. It was a much better fit.

This is another good option because it goes by quickly, and none of the work bouts are so long that you'll get bored out of your mind if you're someone who hates cardio.

The only downside is that the rest period is so short that you barely have time to stand up before you have to get back down and start rowing again.

If you have a few favorite songs that always get you fired up, turn one of them on and see how far you can go during that one song. 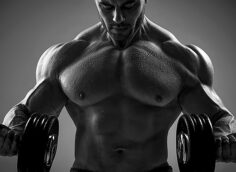 Not all muscles respond the same way to lifting. So why train every muscle group with the same methods? Do this instead.
Christian Thibaudeau May 31 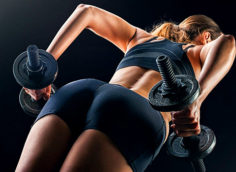 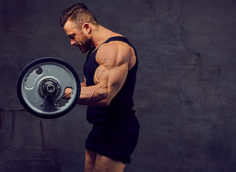 Science-backed, gym-proven strategies for hypertrophy. This covers it all.
Training
Nick Tumminello July 27