We asked some of our coaches and trainers to tell us a story from “the trenches.” In other words, a story about real people they’ve worked with who’ve had to overcome real problems with muscle gain, fat loss, or performance. Here’s the second batch of stories they sent us! 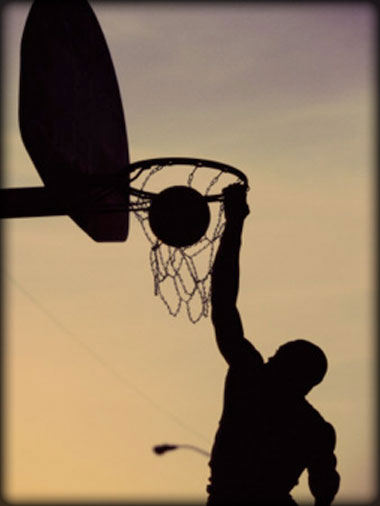 This is a true story. I promise you.

A while back I was working with a new athlete who was a Division 1 basketball player. It was pretty hard not to notice him in the weight room, and not just because of his 6’9” stature.

From a strength and mobility perspective, he was an absolute mess. He couldn’t squat down and come back up from even an above-parallel box. He had no hip mobility, zero lower body strength (quad/hamstring), was sorely lacking flexibility, and had very poor ab/low back strength.

And this guy was a Division 1 athlete who’d been under the tutelage of a professional strength coach? Sad, but true.

Anyway, for me to get anywhere with this guy we needed to address a lot of important things. The problem was, where do I start? I couldn’t just load the shit out of him because of the flexibility issues. Conversely, spending hours a day just stretching and doing mobility work doesn’t address the central problem that he was simply a weak kid.

And did I mention that as an athlete, he also had a sport to practice? Our training time together was definitely not the top priority. To put it mildly, we had some serious time constraints to deal with.

Squat training Because he was so incredibly weak, a smart, progressive approach was key. We started with bodyweight box squats on a very high box, then moved to safety squat bar squats on a high box with hands holding the rack (no weight except bar).

Next up in our progression was weighted safety squat bar squats on a high box, then a lower box (still above parallel, but lower). Then we moved to straight-bar box squats with a bar only.

Finally, we moved to straight-bar box squats with weight to just above parallel box — this is what we finished with. We did multiple sets of 2-5 reps with 185-225 pounds. We also did rack deadlifts, at the deepest position that he could maintain with good back position.

Sounds like a lot of work? Hardly. All of this took about 45 minutes. Weight training was done twice per week. Mobility work was done everyday.

And the end result? His leg strength, mobility, and overall body strength all improved dramatically. But what was even more impressive was what all this newly acquired strength and muscle did for his confidence. Trust me, a little attitude and aggression is never a bad thing for a high-level competitive athlete!

This is one of the best examples of what simple training and progression looks like. It certainly isn’t a blueprint for how everyone in the gym should be training, but it does serve as a guideline to how every athlete should at least approach training.

A Figure competitor writes me and says that she can diet just fine, but has a weakness for chocolate. She has some every day, and more than “some” on weekends. She has herself convinced she has a physiological “need” for it.

The first thing I did was tell her she didn’t have a weakness for chocolate; she was just weak, period. But you have to prove these things to people or they just cement themselves in a defensive position.

To prove it to her, I gave her specific instructions: For the next week, she could eat nothing but chocolate. Every two hours, she had to eat 200-500 grams of chocolate, six times per day, and nothing else. This was to last seven days.

By day four she was begging me to eat something else. She felt sick, nauseous, tired, etc. By day five, without my permission, she cheated, on guess what? Chicken breast with vegetables on a bed of rice. In other words, she cheated with a diet meal.

So even with a diet that she felt was “heaven” she had to cheat in reverse. This proved to her she was indeed weak. Chocolate was just a misrepresentation of it.

I never had an issue with her again diet-wise and she won several contests. Problem solved. It was faulty thinking, not faulty diet or faulty metabolism, as so many dieters want to believe. 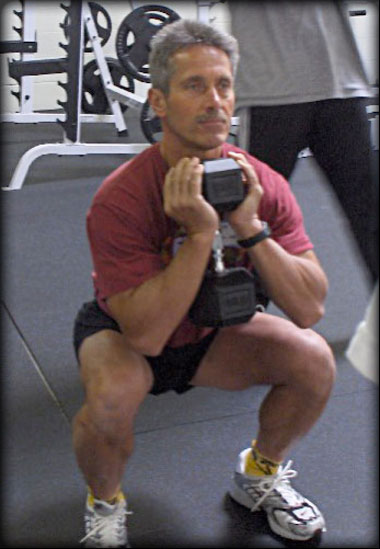 The problem with being a “strength coach” is that you focus on strength. Hey, I know how to get people strong. It’s a simple formula really: low reps, nearly daily practice of the movements, and serious attention to tension.

I can get a normal kid up to some impressive numbers in a year or two. That young man or woman will be able to play varsity sports.

The problem? Well, there wasn’t a problem for a while. I had boys who walked out on the football field at 6′ 4″ and carried a solid body weight of 220 pounds.

Then, the short kids all showed up. It’s one thing to have a lineman well over six foot and well over 200, but showing up with a 5′ 9″ kid who’s a wonderful young man with ambitions of medical school is noble… but we might not keep winning.

I had to get the kid bigger, not just stronger. It works for this teenager; it’ll work for you.

During the season, we only meet twice a week. Now, for those of you wanting to gain size, training less is actually an old formula for putting on mass. True, Mr. Universe trains more often, but there’s a chance he has more muscle mass than you right now. If you want to change that, keep reading.

First, you need to keep strength training. Jim Wendler’s 5/3/1 Program is probably perfect for most of us: One day a week do three ascending sets with both the military press and the deadlift with the last set being a “rep out” set. On the other day do front squats (or back squats) and bench press with the same formula. You could also do the One Lift a Day Program, but keep the exercise selection to basic movements.

I can’t emphasize enough the importance of getting stronger to get bigger. Be sure to have some kind of honest progression week to week to week. As you get stronger, it becomes rather easy to increase intensity.

Second, we’ve found that complexes seem to have an amazing effect on “getting bigger.” We know that the longer we stay under a load, the more the body seems to react by getting larger. If you want hypertrophy — more muscle mass — this is exactly what you want.

Third, we pick three to five basic moves and do three to five sets of eight to ten reps. Yes, it’s that simple. This is what I recommend for most days:

This combination of strength work, basic complexes, and some bodybuilding work from the depths of time combines to give enough work so that the body has to grow.

Last year I had a 19-year-old guy come to my office who wanted to compete in the state strongman competition.

He was a big kid with a big frame but wasn’t ready to compete against older, stronger, more mature men. I knew that he trained at a serious gym and that the guidance he got there was fine. What he needed was copious amounts of fuel, building blocks, some hormonal tweaks, and some strong talk.

But where to begin? How would I help him?

I also include other variables like perceptions of exertion, moods, stress, social influences, sleep quality, etc. This kind of standard approach covers the essential bases and makes an athlete apply numbers to otherwise vague variables — which is why I use it.

Decades of development have weeded out unnecessary, hokey, disorganized, or commercial factors that an athlete can waste time on when working with a guru or some book or “proprietary system.” Just think like a scientist, I told him. By quantifying as many variables as possible we will discover any obstacles to growth.

When I got to the client’s typical daily food intake schedule, I analyzed it nutritionally and compared to predicted needs for calories, protein, etc. Although he was trying to address peri-workout nutrition and total daily protein intake, he…

A was under-eating by about 20% of predicted needs.

B wasn’t fully taking advantage of the tremendous insulin response the body exhibits during AM hours.

I suggested an old mass gain approach I used in grad school: eat foods six servings at a time.

He chose six servings of oats with six cups of milk in the mornings for breakfast, with six whole eggs plus six egg whites and six pieces of toast for “second breakfast.” Similar breakfast foods were alternated-in some days of the week. The foods were high-quality, insulinogenic, and even provided dietary cholesterol — which appears helpful in recent research.

A schedule, not hunger, would be his guide.

Although this is hardly a full case report and there’s much more to tell, the kid ultimately gained 22 pounds of mass over about four months, most of it lean tissue. As it was happening, when we met for twice-monthly follow-ups, our chats were both motivating and promising: the guy was getting strong.

In the end he entered the state strongman competition and won the whole freaking show, beating veterans nearly twice his age.

I was working with a client who’s a competitive Figure athlete. After her most recent show, I could see in her photos that her upper back was lacking width in her rear-relaxed pose. Back width and separation is critical in Figure competitions, and much like bodybuilding it can be said that Figure competitions are also “won from the back.”

So I asked for her current back routine and spotted the problem right away. She was focusing primarily on rowing movements, deadlifting variations, and pulldowns performed with a close grip. While she thought she was sufficiently hitting her back from all possible movement planes, it was clear that her exercise selections had left her not working her teres muscles adequately.

Once I knew the reason, the solution was simple. I had her add in wide-grip pull-ups and pulldowns performed with the elbows out to specifically target the teres muscle groups.

The result? For her next show, she had noticeably improved teres development and back width in her rear-relaxed pose. She was very happy; and when the client is happy, so is the coach!