Over the past fifteen years I've had five major surgeries. I've separated my shoulder, broken my elbow and foot, ruptured my spleen, and had multiple dislocations, sprains, and concussions.

I acquired these injuries while playing college baseball, falling down mountains, and just about everything in between. Along the way, I've learned how to recover physically and psychologically from injuries while continuing to train and improve.

Since then, helping people continue to improve while recovering from their own injuries has become a specialty of mine. Here's what I've learned.

The most important element of training through any injury is mindset. You have two options:

I suggest number two. Your mindset will dictate how successful your recovery is.

Don't assume that the medical practitioners you're working with will be instructing you on everything you can do to recover as quickly as possible. This isn't a knock on doctors or physical therapists. Most of them spend an extremely limited amount of time with patients and can hardly get them to do the minimum amount of rehab.

In fact, studies have shown that most people are so apathetic that they won't even take life-saving drugs more than 50% of the time, let alone do anything that involves more than stuffing a pill in their mouth.

Having a successful and speedy recovery is your responsibility, no one else's.

Your immune system is intricately tied into your body's response to exercise. When you lift a heavy weight or smoke a conditioning workout, cellular damage occurs. This causes a cascade of other responses that end with you becoming bigger, faster, or stronger. This dynamic interaction means that your body's response to the same stimulus is constantly changing.

Any injury that causes a large systemic immune response will disrupt your body's response to training and ability to tolerate stress. You need to modify your training to account for how stressed your immune system is throughout the recovery process. Exercise beyond your body's ability to recover is a "pathogenic" stressor and slows recovery instead of stimulating it.

Work on your weaknesses

Training what you suck at, well, sucks. But take this as an opportunity to improve. If you're like 99% of lifters, you need better aerobic capacity, movement, and breathing. In addition to that, you'd likely benefit from spending some time focusing on the basics and dialing in movement patterns again.

If you don't know what you suck at, just ask yourself what you dread training the most. Better yet, ask a training partner or friend who isn't afraid to hurt your feelings about what your weaknesses are.

All recovery is aerobic in nature. Blood flowing around an injured site as well as throughout the body promotes exchange of waste and the rebuilding of cells and speeds recovery.

I can hear the excuses now. "I'm trying to gain muscle." "I don't want to get weak." These bullshit excuses are the plaintive cries of mediocrity. Unless you're an elite-level power lifter, Olympic lifter, or bodybuilder, you have no excuse to be deconditioned.

Similarly, no one who weighs 200 pounds is too heavy to have a decent aerobic capacity. I work with multiple athletes that weigh 200-220 pounds who regularly place well in endurance events (triathlons, marathons). You have no excuse. Get to work.

So, do your aerobic conditioning. Work up to 2-3 times per week for 60-90 minutes. Circuits of various low threshold movements can be a substitute for steady state aerobic work.

Whenever you injure a soft tissue (muscle, ligament, tendon), movement is your best friend. As long as you use common sense and stay within the range of motion and loads your medical practitioners outline, you'll be doing your body a favor. Movement stimulates increased blood flow around the injured site, thus feeding nutrients and getting rid of waste byproducts.

Movement is also a stress (a positive one when you listen to your body) and it stimulates scar tissue formation. This is important because scar tissue develops in specific formations to handle the stress that it's placed under.

If you don't stress the injured site during recovery, you won't develop scar tissue that can handle the movements and types of stress that it'll be under when you're healthy and return to full speed. Known movements, performed at a low intensity for reasonable volume, speed up recovery.

Within the context of your specific limitations, move every day, even the injured area if possible.

This could be a whole other article, but, to summarize:

Opioid intake (pain killers), pain, and anxiety due to injury or surgery all have significant effects on your autonomic nervous system, which disrupts breathing patterns. If not addressed, this disruption can compromise recovery due to suboptimal acid-base balance in the body and the cascade of ensuing negative effects.

Most of the immune cells in your body are created by the bone marrow in the heads of the ribs. Proper breathing stimulates blood and lymph flow around the ribs, supporting optimal immune cell production. Non-optimal breathing also affects cognitive function. This impairs your ability to make good decisions and changes your perception of everything.

Learn how to breathe properly and practice every day.

Here are some basics for working around injuries. Apply these within the context of your specific situation. Be smart and do what works for you. These strategies are suggestions, not instructions. Don't do something just because it's listed here.

Upper body injuries are the easiest to train around. You still have your lower body, core and one unaffected arm to train.

Train the other arm. Just because one of your arms is injured doesn't mean the other one can't be trained. Try:

Give your spine a break. Taking a month or two off from squats and deadlifts isn't necessarily a bad idea.

I did that following my most recent shoulder surgery and after a few months of hip lifts, belt squats, and lots of posterior chain and core work, I returned to squatting and deadlift. I was hitting PR's a few months later because I fixed my weaknesses. My back also thanked me. Spine deload exercises include:

Incorporating dynamic work is a great way to overload the lower body without having a lot of weight on the spine. Examples of dynamic exercises:

Lower body injuries can be difficult to work around, but with a few good strategies you can continue to train and retain most of your strength throughout your recovery period.

Train the Upper body. This may seem obvious, but most people think any injury means no training. You can still train the upper body with very few modifications and a good training partner.

Train the uninjured leg. Some options:

Core Training. A lot of core training involves the lower extremity and without one leg, finding core exercises to do can be difficult. Some of my favorite core exercises for clients with a lower body injury:

Injuries around the middle of the body are the hardest to train around. However, that doesn't mean that you can't continue to train.

When I have clients with lower back and abdominal injuries we start with a lot of low intensity upper-body work that doesn't stress the injured area. This usually means simple exercises such as floor presses and chest supported rows. Experiment with supported variations that require less core involvement until you find something that works for you.

Replace intensity with volume and density. It's unlikely you can lift heavy while recovering from this type of injury, so instead focus on doing a lot of high quality, low intensity work in short periods of time. The formula outlined below stimulates blood flow and parasympathetic (rest and recovery) activation.

Here's an example of a circuit combining these different principles:

The initial recovery period will range in length from weeks to months depending on the severity of the injury. During this time your body is in a constant state of systemic inflammation and recovery. The goal during this period should be to feed the recovery process and correct weaknesses without doing too much and inhibiting recovery.

Use the following guidelines to craft a training plan:

The middle stage of recovery begins when you're off all pain meds and are able to start more aggressive physical therapy or training without feeling awful for several days. The systemic hormone response from these days should actually speed the recovery process. Aerobic and other low intensity work should be performed on all "off" days.

Use the following guidelines for the middle part of your recovery:

Hard training days should follow the set/rep/intensity/rest scheme outlined below because it stimulates a large GH and testosterone response but won't crush your nervous system:

The final 10-20% of recovery is always the most frustrating. Working with skilled practitioners can help restore movement and function much faster than if you decide to go at it alone. Key tactics of the final stage of recovery:

Now, these are just recommendations and are far from comprehensive. Develop a relationship with the team of people you're working with and make a plan that works for you. It's your body and it's your responsibility to make the best of the situation. Be creative, listen to your body, and most importantly, buy in to the fact that you're in control of how you recover from an injury.

Six quick mobility drills and stretches to cap off your lifting session.
It Hurts Fix It, Mobility, Tips, Training
Dean Graddon May 25

Twelve ways to bring up your hamstrings to help you dominate the big lifts.
Bodybuilding, Legs, Training
Steven Morris October 4 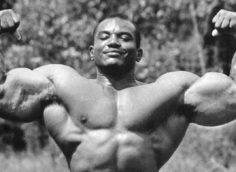 We discovered the fastest way to build high-performance muscle 47 years ago. And then we lost it. Luckily, that buried treasure has been found.
Training
Ellington Darden, PhD March 9