The human flag is arguably the most visually impressive bodyweight feat of strength anyone's ever come up with. Any time someone does a human flag, it inevitably attracts attention. I've seen many a jaw drop after showing this move to someone for the first time. It's also the exercise that I get asked about more often than any other.

It takes considerable strength and lots of practice to do the human flag. You have to be incredibly strong, but you also must work specifically towards this skill.

The first time I attempted the human flag, I didn't come close to staying up for even a second, and I was nearly 30 years old and had been working out for most of my life. Being someone who likes a challenge, I decided to make it my mission to master this move. I've practiced flagging for years now, yet it remains an elusive and challenging task.

Detractors of the human flag will tell you it's just some kind of circus trick with no practical value beyond impressing 10 year-old kids and (hopefully) the occasional yummy mummy. But anyone who's actually spent some time training this feat knows first hand that it strengthens your body, your mind, and your character.

The human flag will not help you get huge – if it did, YouTube clips of 300-pound off-season bodybuilders suspended horizontally from stripper poles would be aplenty – but it will make you strong as hell; a different kind of strong.

Besides, there's some degree of skill to everything, even squatting and bench pressing. Powerlifting is a sport, right? Doesn't that imply some skill involvement?

Before you embark on the long, slow journey that is human flag training, keep in mind that like all bodyweight exercises, a high strength to mass ratio is crucial to performing a human flag.

If you've got a bodyfat percentage in the high teens or beyond, the likelihood of you being able to perform this move sits somewhere between slim and none. Bodyweight strength training levels the playing field between the little guys and the big boys.

When it comes to the flag, you're only as strong as you are lean, so you shouldn't be trying to gain weight if you want to nail this move. That said, you can definitely still build strength through human flag training.

The best way to practice the human flag is to use a sturdy vertical pole that's around an inch in diameter (thicker poles will pose more of a challenge). The top hand is typically positioned in an overhand grip while the bottom hand is supinated. Squeeze the pole tight and try to keep both arms as straight as possible.

While I consider the flag to be a full body exercise, the main muscles involved are the delts, lats, and obliques. You'll need a good foundation of strength from exercises like pull-ups and handstand push-ups (or barbell presses) to begin training the flag.

Your bottom arm is going to be pressing into the pole to support your outstretched body while your top arm will be pulling you up. However, both your lats and delts on both sides must engage to accomplish this.

The extreme stabilization required for this move demands synchronicity between antagonist muscle groups. Once your foundation is solid with pull-ups and presses, you can get stronger through building up to the full human flag by gradual progression.

The key is to practice similar positions where you'll have better leverage. Make sure to train both sides evenly.

Part of what makes the full human flag so challenging is that you're using a relatively short lever (your arm) to hold up a much longer object (your body). Since you can't make your arms any longer, you need to find ways to make your body shorter to make the flag more manageable.

Start by trying a variation with your body closer to being vertical than horizontal (with your feet high in the air), almost like a crooked handstand (handstands, by the way, are a great way to supplement your human flag training).

Besides being easier on your arms, this puts less stress on the obliques, lower back, and abdominal muscles, allowing you to get a feel for having your body up in the air while you build up the strength to fully extend your legs horizontally.

Once you can get the vertical flag, work towards lowering your hips down with your legs still up. From here you can progress to putting out one leg, and over time, both legs.

Practicing with your knees bent or your legs in a straddle position also works well as a pathway to achieving the full human flag. Remember, the closer your legs and torso are to the pole, the better your leverage will be.

Any modification that gives you better leverage is a good way to work towards this skill. The important thing is consistent practice. As a rule, work up to at least a ten-second hold on the easier variations before moving onto harder ones.

Once you can hold a full human flag for a few seconds, you can begin trying to get in position from the bottom up. Pressing into the flag is a much more difficult task than lowering from the vertical position. It's like the difference between stopping half way down on a negative one arm push-up, and pressing yourself to that position from the ground.

Check out the video below for a demo:

Feel free to get creative with your flag training. Any stable surface that allows you to get a good grip with your arms far enough apart is fair game. I've flagged on sign posts, scaffolding, trees, trucks, parking meters, a mailbox, even your mom while you were busy playing Call of Duty (just kidding).

Different objects will pose their own unique challenges. Working out and strengthening your body is serious business, but it can still be a lot of fun!

Watch the video below to see my brother Danny and me flagging all over lower Manhattan.

So how long will it take to learn to do a human flag? While it's normal to ask this question, I suggest approaching the flag with modesty and patience - don't think about the end result. It's a long road to get to the human flag and those who go in expecting a quick fix will likely be disappointed.

It takes a lot of practice – even if you're already fit. However, if you focus on the process rather than the result, you'll find it a more rewarding experience.

That said, some people can get a brief hold after just a few weeks of training, others can take much, much longer to get off the ground for even a second. It's different for everyone, but I know this much for sure: if you put in the work, eventually your time will come. 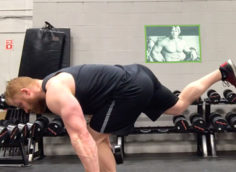 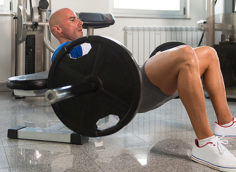