Editor's Note: T Nation was approached by an IFBB pro bodybuilder who said he had a few things to get off his chest. He wanted to write anonymous articles for us as well as answer questions honestly in our steroid forum. After verifying his identity we decided to give him a platform. "Shadow Pro" was born.

Let's be real here. Natural bodybuilding isn't completely natural. Hell, what is natural anyways? The definition of a natural athlete is very vague. Some go as far as to say that someone who takes creatine isn't "natural." Some bodybuilding federations approve natural supplements and pro-hormones that contain so-called illegal substances.

That aside, here's the real story: Men and women can compete in a natural show and come up clean on drug tests just a few months after finishing a hard cycle. "Natural" in this case simply means "not currently on steroids and other drugs at this very moment... as least not the ones that can be detected by a lame drug test at a bodybuilding show."

Do you really think an athlete who was on drugs for years will lose all of his gains if he comes off steroids for a mere three or four months? Absolutely not! I sometimes look at these guys who claim to be natural and just laugh. They can't possibly think everyone around them is moronic enough to believe this, can they? And think about this: why do you see signs of gyno in a lot of guys in a natural show? Hmm...

Here are the facts: Olympic athletes are using drugs and passing drug tests with no problem. Lance Armstrong, the most drug tested athlete in history, never failed a drug test and now admits to using performance enhancing drugs. These guys and gals are competing in sports with a whole lot of money and fame on the line, and they're beating the "gold standard" of drug testing procedures. Now contrast that with so-called natural bodybuilding, a sport where literally no money is involved (at the athletes' level). Drug tests are very expensive to do and someone needs to pay for them. In this case, either the federation or the promoter of the competition would have to pay for this. It's doubtful that thorough testing will be conducted or even taken seriously. 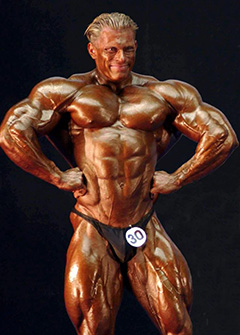 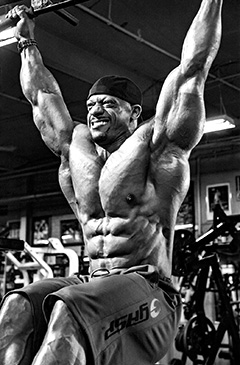 And "Big Ramy" won the first ever amateur Olympia. And guess what? It's a drug tested competition! 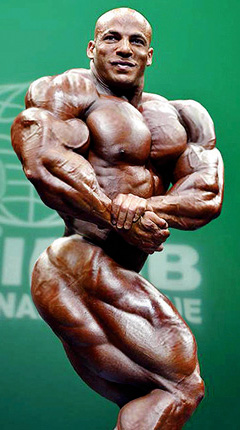 Here's How They Do It

It's a simple urinalysis, the cheapest one of course. There are many substances that cannot be detected through this – HGH is a good example. You can beat a drug test like this by doing a few little tricks.

Here are a few "ingredients" often used close to a show that would be undetectable in most generic tests.

Sorry if I'm spoiling the fairytale you perhaps very much want to believe, but I'm here to speak the truth. Just so you won't think I'm a complete asshole, in the amateur level you might find some very good natural guys. But when it comes to the highest level in the world, meaning the pros and top level national competitors, you won't find anyone natural, even in the tested shows. That's the truth. If someone wants to prove me wrong, bring me a pro bodybuilder and I'll pay for their "real" drug test.

In professional sport, you do what you need to do in order to be the best. Every athlete needs a competitive edge and they only have so much natural potential to maximize before having to lean on performance enhancing drugs to reach the top. This is not and should not be everyone's shortcut, but high level athletes eventually reach a point where they need to step up their game if they want to play on the same field as the big boys.

There’s no single best training tool. Instead of searching for one, increase the size of your toolbox. Here’s how to make your workouts practical and effective.
Bodybuilding, Training
Alwyn Cosgrove September 26