Hip belt squats are a hidden gem of lower body training. Serious lifters have been using them for years to build bigger and stronger legs, yet they're mired in mainstream obscurity due to ignorance, lack of specialized equipment, and/or a general awkwardness in performing the lift. I hope to change that.

What makes hip belt squats unique is that they offer a loaded bilateral squatting pattern without loading the spine, making it an appealing option for working around injuries. Back-pain sufferers often struggle with the spinal compression and shear that comes from axial loading. Hip belt squats circumvent this as the hips and legs take on the lion's share of the load.

It also works well for anyone with an upper extremity injury to the shoulder, elbow, wrist, or hand that may struggle to support the bar during back squats, front squats, or Zercher squats.

Taking the trunk and upper body out of the equation also targets the lower body more directly. The limiting factor for most in the back squat is the lower back. In the front squat it's the upper back, and in the Zercher squat it's usually how much weight you can hold.

None of this is an issue with hip belt squats. It essentially removes all the extraneous limiting factors and hones in on the legs. It's similar to a leg press or hack squat machine, only even less stressful on the spine while still delivering all the functional stabilization and balance benefits of a free squat.

Another perk to hip belt squats is that they're portable, making them a great choice in crowded gyms. I used to train at a place that only had one rack, and getting on it to squat during peak hours was next to impossible. I didn't have time to sit around and wait, so on busy days I'd park myself in a quiet corner or empty stairwell and get to squatting. Problem solved.

I'm not suggesting that the belt squat be the only leg exercise you ever do. It's a supplemental accessory exercise that can work well in certain situations, and as such, it's a valuable tool to add to your arsenal.

The problem with hip belt squats is that they can be a real pain to set up and perform. The best way to do them is with a specialized machine, which are tragically extinct in all but the most well equipped of gyms or powerlifting dungeons. If you're one of the lucky that has access to one, cherish it. For everyone else, keep reading.

The most popular way to perform hip belt squats without a machine is to stand on two benches or boxes in a "V" formation and hang a weight from a dip belt. There was a great article, Hip Belt Squats: The Anabolic Equalizer written by Dennis B. Weis several years back discussing this method. 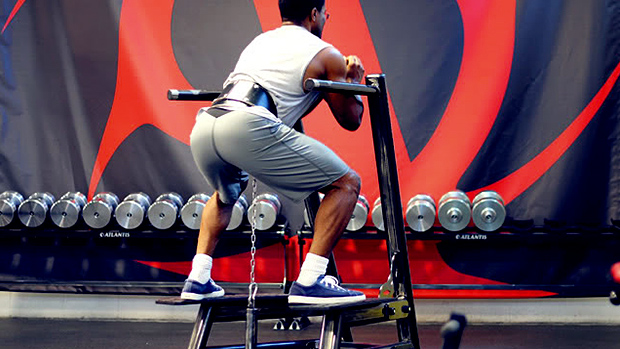 While effective for blasting the legs, stronger lifters may find themselves limited by how much weight they can use. Loading plates horizontally becomes very cumbersome when trying to squat, and often gyms don't have heavy enough dumbbells to make this an effective means to challenge the legs.

One way to get around this is to buy a specialized "loading pin" (Ironmind.com makes a good one) that allows you to stack up to nine plates vertically – far more weight than you'll likely ever need.

I used this system and it worked well enough, but I had a few problems. As you can see in the picture above, you're forced into a really wide stance to give the plates the necessary room to drop between the risers (in the picture above I'm using 25-pound plates, but it's even more pronounced with 45's). I found this uncomfortable in the hips as the weights got heavier.

It was also awkward just getting in and out of position with the heavy weight dangling between my legs. If you have a partner to help you it's much easier, but if training alone it can be quite unwieldy getting situated on top of the risers, and even more awkward getting back down once the set is over.

You also have to be careful that the steps don't drift apart during the set, which could mean a serious groin pull, or worse. After a few perilously close encounters, I decided to move on to something else. If you do decide to do them this way, be very careful and make sure you're on a rubber floor so the steps won't slide out on you.

There are safer and easier options. Here are my two favorites.

This variation attempts to mimic the effect of a belt squat machine, without the machine.

You'll need a cable station and a belt. Attach the belt to a low cable, walk back about ten feet, and start squatting. It's easy to do alone, there's no need to stand on risers, and you can choose whatever stance width is most comfortable for you.

You have to consciously grip the floor with your toes and push back throughout the set to keep from getting pulled back in by the cable, which keeps constant tension on the quads, even at the top of the rep.

Think about how much reverse sled drags burn your quads from pushing backwards; you're essentially doing that throughout the movement, plus squatting. It's a full-on quad assault! The cable also helps ingrain good squatting technique because you have to keep an upright torso with your weight on your heels or else you'll lose balance and fall forward.

Remember that you won't be able to use as much weight for this exercise as you would for other hip belt squat variations, so plan accordingly.

This is my favorite version. You need a barbell, a belt, a carabineer, and something to secure one end of the barbell, such as the Extreme Core Trainer or the Landmine. You can also just jam one end of the barbell into a corner and put a heavy dumbbell on top of it, or have a partner stand on it. The setup is very similar to old school T-bar rows, only you're squatting instead of rowing.

With one end of a barbell secured down, attach a belt to the other end of the barbell and start squatting. Use 25-pound plates for a greater range of motion.

This system works the same as a loading pin and risers in that you can use bigger loads, only without the hassle of getting in and out of position. It will also let you use a narrower stance if that's what you prefer.

The weighting of the barbell is much more comfortable than having the weight dangle between your legs while allowing you to sit back further and maintain a more upright torso. Moreover, the arc of the barbell is such that you're pushing back slightly on each rep, which smokes the quads similar to the cable version.

Putting It to Use

Now that we've covered the various ways to perform hip belt squats, it's time to put them to use.

Without question, hip belt squats are a supplemental exercise, not a staple. If all you did for lower body training was hip belt squats you'd be leaving something on the table, so don't go dumping the back squats and deadlifts for exclusively belt squat variations.

But if you find your gym being dominated by the squat-rack curl gang or your lower back is giving you grief, or if you just need a break from the old routine, give hip belt squats a try. You won't be disappointed. 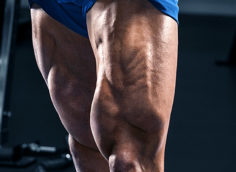 Pump up your quads, stretch your tight hammies, and work your abs too. No gym required.
Training
Gareth Sapstead April 17

Build a crushing grip and add a new slab of muscle to your forearms. Here are 5 exercises you've never seen before to help you do it.
Bodybuilding, Powerlifting & Strength, Training
Dr John Rusin December 14 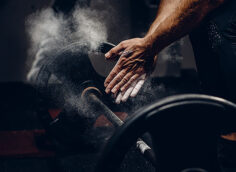