Interested in trying German Volume Training? This is what lifters will often say about it:

This all sounds really good, right? Well, not so fast.

The Reputation of GVT

Few training approaches in history are as well-known as GVT. It’s been used for close to 50 years and was popularized in the early 90s by Coach Charles Poliquin. It has a nearly mythical status, and few people question its effectiveness.

All the dramatic anecdotes might have something to do with its popularity. The credibility of Poliquin, who brought it to the masses, also likely played a role. Its simplicity and mathematical elegance (basically, 10 sets of 10 reps) may have also had an impact on our perception.

But while few people question its efficacy, I’ve rarely seen it live up to the hype.

Full disclosure: While I hate doing GVT, I used to recommend it because I was brought up in the Poliquin coaching tree. I also created a program 20 years ago that was an adaptation of GVT (called Optimized Volume Training) and it was just as high in volume. I didn’t have the knowledge and experience that I have now.

So, let’s examine GVT more in-depth to see if it’s a good fit for you.

You do 10 sets of 10 reps with 60-120 seconds of rest between sets using 60 percent of your maximum on the lift. At first, the weight feels light for the number of reps prescribed. At 60 percent, you’d typically be able to perform 15 to 20 reps. But as you accumulate fatigue from set to set, the last three rounds are very hard.

In his variation, you’d do 10 sets of 10 reps on two exercises per session. This would look like an A1/A2 format:

The cornerstone of each workout is two antagonistic exercises, each done for 10×10.

In the Poliquin version

Two assistance exercises would be added (B1/B2) and performed for just three sets of 10-12 reps each.

Also, each muscle group would be trained directly once a week.

These are the characteristics of modern GVT. But in reality, as long as we talk about 10 sets of 10 reps with short rest intervals, we’re talking about GVT. 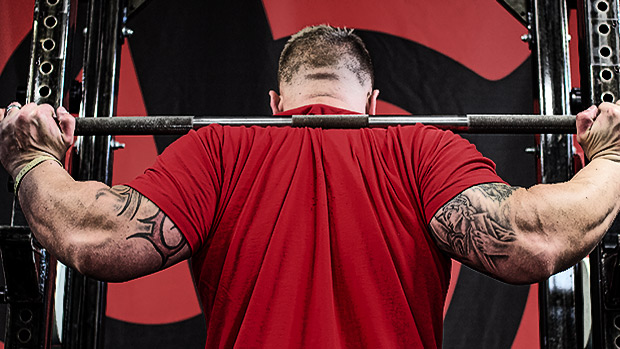 The theory is that by accumulating a massive amount of fatigue, you’d stimulate more growth. You get an accumulation of fatigue due to the high volume, long time under tension for each set, and incomplete rest periods.

You gradually build up more muscle fiber fatigue by repeating the same movement over and over so that the effort is very demanding on the last few sets. Simple and logically appealing. But does it hold up?

Let’s first look at actual scientific studies that researchers did on 10 x10.

After six weeks, the five sets group had significantly more muscle growth and strength gains than the 10-sets group. Sure, the GVT group also gained size and strength, but less than the five-sets group.

2. In another study, researchers compared lifters doing five sets of 10 to lifters doing 10 sets of 10. Both groups used 60-80 percent of their 1RM over 12 weeks and found no significant difference between the two groups (2).

The GVT group even started losing lower body mass between weeks 6 and 12. For strength and size, the five-sets group seemed to get superior results, but it wasn’t significant. Nevertheless, at best, it indicates that 10 sets is no better than five. (And if you need twice the work to get the same results, it’s an inferior protocol.)

Now let’s look at it through the “maximally effective reps” approach developed by Chris Beardsley.

What are maximally effective reps? Reps in which you’re recruiting and stimulating as many muscle fibers as you can, mostly focusing on the growth-prone fast-twitch fibers.

As early as 2007, in my book “High-Threshold Muscle Building,” I wrote how recruiting and stimulating fast-twitch fibers was the key to stimulating maximum growth. That’s because these fibers have the greatest hypertrophy potential.

You’ll create a two to four percent decrement in performance per rep during a set of two to 20 reps. The lighter the weight, the less you’ll decrease performance from rep to rep.

For example, if you have 70 percent on the bar, by rep number four or five, the load will represent more than 80 percent of what you can lift at that moment, and starting there, you’ll recruit and stimulate the fast-twitch fibers.

You’re using 60 percent of your maximum on the bar in Poliquin’s GVT. The key element of GVT is that you accumulate fatigue from set to set because of the incomplete rest. The result is that the last three sets tend to be very hard. The first three to four sets are easy, and sets five to seven tend to be average in difficulty.

Realistically, you’ll build up two to two-and-a-half percent residual fatigue from set to set. You’ll see how I got to that in the tables below. Here’s what each set looks like:

You can see how each set becomes gradually harder and harder, and as that happens, more reps become maximally effective.

If we look at the number of maximally effective reps per set we get:

Sets 1-3 provide next to no growth stimulation. Set 4 will be mildly effective. And then sets 5-10 will be effective, in theory. I say “in theory” because due to the volume accumulation needed to get to those effective sets, you’ll likely have jacked up cortisol levels, reducing your capacity to build muscle. That’s why studies are showing less results with ten sets.

There’s one caveat, though. In studies, they used a modified form of GVT where they started with more weight (70-80 percent) and then decreased that weight as fatigue set in.

This changes the program a lot compared to real GVT. It makes the ten sets of ten reps better because, in the early sets, you can get a lot of maximally effective reps instead of “wasting” these sets. For example, if sets number 1 and 2 use 75 percent, then 7 to 8 reps will be effective. That’s 15-16 for the two sets compared to 1 for the real GVT.

In the studies, the protocols looked more like this:

Had they used the Poliquin GVT set-up, chances are the gains would’ve been even lower because of the fewer (maximally) effective reps.

In the studies, since they weren’t doing it Poliquin-style, participants likely still got the maximally effective reps because of the higher weight used at the beginning. The results were worse than the other group either because of the excessive cortisol production induced by the added volume, or because of too much muscle damage for the person to recover from optimally.

After you train a muscle, the body will increase protein synthesis. This increase allows you to repair the damage caused by the workout and build new muscle tissue.

The increase in protein synthesis will last 24-36 hours, depending on the stress of the workout. But your capacity to build muscle increases more around 24-30 hours because, after that, at the 32-36 hour mark, it’s only elevated by 10-15 percent (compared to 110-120 percent at 24 hours).

It’s important to understand that once you’re outside that period, your capacity to build muscle is dramatically decreased.

You should also keep in mind that before you can add new muscle tissue, you must repair the damaged tissue. If you create so much damage that it takes you 28 hours to fix it, that only leaves you four to eight hours to add new muscle.

It’s a real possibility that causing too much damage could lead to fewer gains only because it’ll take you a lot longer to repair the damage, leaving you less time to add muscle tissue.

That’s likely one of the reasons why, in the first study, the five-sets group had better results than the ten-sets group.

If you look at the Poliquin version of GVT, you have the following elements: 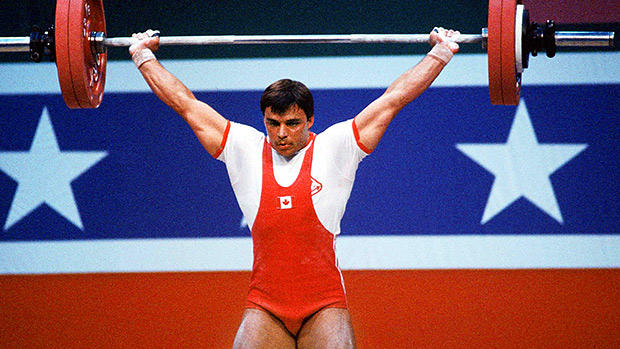 What About All Those “Success” Stories?

Fans of GVT will often say, “The East German Olympic lifters used 10×10 to gain five kilograms of muscle and go up a weight class.”

Really? Do you really think GVT was responsible for their speedy growth? East Germans weren’t exactly known for being natural. In fact, even among the other countries from the Eastern Bloc, their systematic doping system was known to be highly developed.

I’m not discounting something just because drug users did it. Plenty of people who use steroids have contributed some amazing knowledge to our field. But when it comes to tolerating volume, steroids make a huge difference. Why would a program that worked optimally for drugged lifters (who were also genetically gifted) also be optimal for a natural, average lifter?

And did the East German lifters actually use that approach? Maybe at some point. But claiming they used it “to go up a weight class” isn’t really credible if you understand Olympic lifting.

Most lifters will try every trick in the book to AVOID going up a weight class. They want to get stronger while staying lighter. They will only go up a weight class if they absolutely cannot keep their weight down. They won’t train on purpose to move up.

And then there’s this claim: “Jacques Demers used it to build his monster legs.” Yes, Jacques had huge legs. I actually trained with him, and that’s when he was making his comeback at 45. His legs were massive then, and I can only imagine what they were like during his peak years.

I asked him if he still used GVT. His answer was, “What’s that?” Then I explained that it was ten sets of tens reps with the same weight. He simply said, “Yeah, I think I remember doing that at some point.” In other words, it’s one of many methods he used, but not an important one and not one that he kept using.

Pierre Roy, his coach, hadn’t used that method in decades with his lifters when I worked with him.

Lastly, there’s this one: “GVT was Vince Gironda’s favorite method for growth!”

Can We Improve GVT?

The only way to make GVT better is to make it not GVT anymore! Ten sets of ten reps is simply not a very effective method, at least not compared to the hype. If you’re on drugs, maybe, but other than that, it won’t deliver what you hope for.

The only way to make it work is to slash the volume by half. Doing five sets of ten with around 70-75 percent will give you better results than ten sets of ten reps at 60-65 percent.

If, for some reason, you’re dead-set on doing ten sets, you could do ten sets of 5 reps with around 75-80 percent of your max. That would be a bit better. But it’s likely too hard on the nervous system and might also cause too much muscle damage.

So, It Doesn’t Work?

I’m not saying that GVT won’t work. You could likely gain some muscle and some strength. But the results just don’t live up to the hype, and you will be putting in a lot of effort for something that’d be better with half as many sets.

But because of the mystique of the program, people tend to not question it. And when lifters use it, they subconsciously embellish how well it works.

While becoming excited by a program can help you train harder and get more results, it can also lead you to lose objectivity and end up limiting your progression because you make illogical and counterproductive choices. Just be smart.