Gym Rule #45 for T-men: If you train like everyone else in the gym, then you're probably not training very well. Why? Because the average meathead uses poor form, only trains his chest and biceps, and only knows about six total exercises, most of which he accidentally learned by flipping through a 1987 issue of Muscle & Fiction while looking for bikini pictures. That's too bad for him because using a wide variety of exercises helps create a balanced, injury proof physique. It also keeps you from being bored to death.

In the third installment of this series, we've again dug up the most interesting, oddball, and effective exercises we could find. Throw a few into your training this week and be prepared to experience soreness in muscles you didn't even know you had. If everyone in the gym looks at you like you're nuts, you'll know you're on the right track!

Here's a variation of the chin-up you may not be familiar with. It's simple, all you do is perform a regular chin-up with one hand pronated (facing away) and one hand supinated (facing you). This makes one arm (usually the one supinated) perform more work, making this a good step on your road to performing a one-handed chin-up. 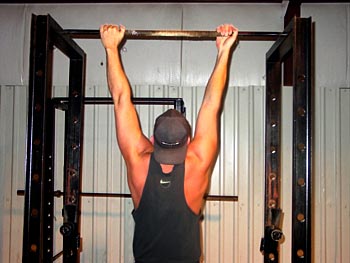 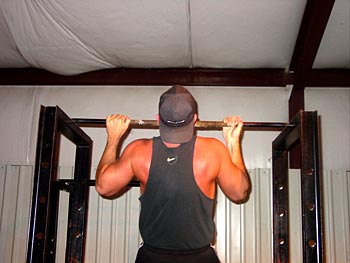 Just remember to do an equal amount of reps for both arms. If you know which arm is weaker, start with that arm in the supinated position. As you progress, spread the hands wider on the bar which makes the movement even tougher. If you're really strong, spread the hands wide and use a dipping belt to attach a tubby aerobics instructor.

Never have you felt so much pain in the gym without even touching a weight! This is a great quad exercise to throw in as a "finisher" to your normal squat workout. Heck, this one is a killer no matter when you perform it!

Stand about two feet away from a wall with your feet shoulder-width apart. Squat down to a few inches above parallel and lean back against the wall. Even though you're leaning against a wall, you'll feel your quads contract as they support your weight. Hold that position for 10 to 20 seconds. This is the part where you'll think this exercise is way too easy.

Now you're going to drop down two inches at a time for four more drops. Each two inch drop you'll hold the position again for 10 to 20 seconds. By your second or third drop, your thighs should be parallel to the ground. This is the part where you begin to rethink your previous thoughts about this being "too easy." After parallel, you'll have two drops to go. By the last drop, you'll be "ass to grass." This is the part where you begin to cry for momma.

Remember, take no rest between drops. Add five seconds to each drop, each workout. If you think this is too easy, try it one leg at a time. If that's too easy for you, you may not be human. If you aren't human, try coming back up after you reach bottom with three to five more stops along the way.

We picked this one up from T-mag contributor George Baselice. Sit on a bench and hold a dumbbell in one hand. The thumb side of your hand should be resting against the inside surface of the dumbbell plate. In other words, you'll be holding the dumbbell off to one side. Start the exercise with a neutral grip (as if holding a hammer) and curl the weight while simultaneously supinating your wrist (turning your palm up) as you complete the curling movement. 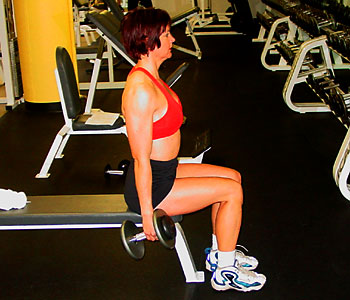 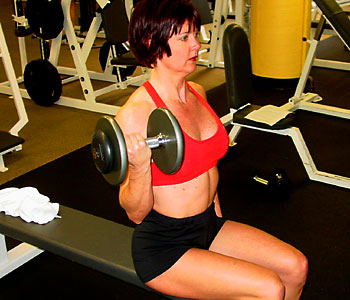 The purpose of the offset grip is to provide resistance upon supination; otherwise each side of the dumbbell would counterbalance the other as it does during the commonly performed rotational curl. This places emphasis on the supinator muscle of the forearm along with the biceps brachii. The brachioradialis also assists with supination. For added resistance upon supination, you can stick a magnetic 1-1/2 pound Platemate to the heavier end of the dumbbell.

Most people think of the hack squat machine when they visualize this exercise, but there's an older, more effective version. Barbell hack squats can boost your squat and deadlift numbers as well as target the coveted "teardrop" muscle (the vastus medialis) in the quads.

Stand in front of the loaded bar with the bar either resting on the floor or supported on blocks. With feet shoulder-width apart, bend down, reach behind you and grasp the bar. With your back straight and shoulders pinched back, drive from the heels. Maintain an angle of ascent with the bar near the calves and as the weight nears your hamstrings, punch the hips forward. Return the weight to the floor by reversing the motion. Done correctly, this looks almost like a behind-the-back deadlift. 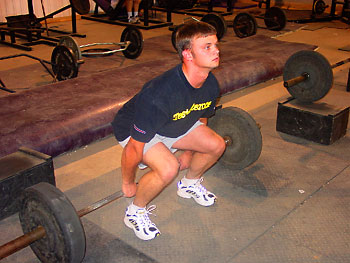 Think shrugs are all you need to build impressive traps? Well, that's what you get for thinkin'! Shrugs are good, but you need to also focus on the lower traps for complete development. This exercise can help you do that.

Start by facing forward on an incline bench. Grip two dumbbells with the thumbs up (like in a hammer curl). Keeping your arms straight with the elbows slightly bent, raise the dumbbells toward the ceiling at a 45-degree angle from your head (the 10:00 and 2:00 positions of a clock.) Retract your shoulder blades (squeeze them together) at the top position. Try to pause for two seconds at the top of each rep. If you can't, use lighter dumbbells. 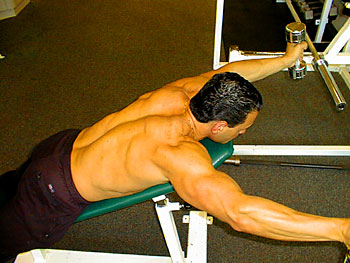 You don't have to be in a strongman competition to benefit from this country boy exercise!

Not much explanation required here. Have your training partner place the vehicle in neutral while you get behind it and start pushing. You can push for distance or set a timer and push for speed. You can face forward and push with your arms outstretched, or you can push with your back and buttocks touching the car. Using this variation, take short steps and use a continuous motion. The burning in your quads will let you know if you're doing it right.

After one "set" of pushing, attach a sturdy rope and pull. For extra resistance, push your coche up a small hill or have your buddy apply some brake if it gets too easy. Be warned, many a tough guy has left his breakfast in the driveway after a few sets of car pushing! This method, does, however, stick it to those gas-hoarding Arabs as you'll be saving loads of cash (well, at least a few cents) on gas!

This one is part of Chad Waterbury's Next Big Three program, but it makes a cool stand-alone exercise as well.

First move the hooks or barbell supports to the front (outside) of a squat cage or power rack. They should be set up just below your knees. A couple of blocks will work, too. Now load up the bar with about 65% of your raw deadlift max and place it in front of the power rack about two full steps away from the supports. Take a shoulder-width stance and use a pronated grip (both palms facing you). 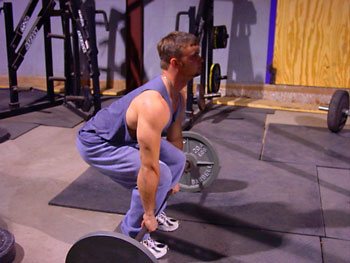 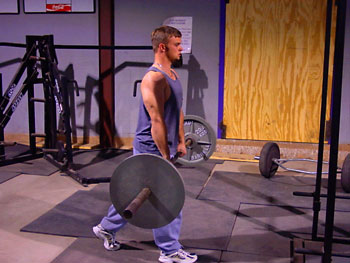 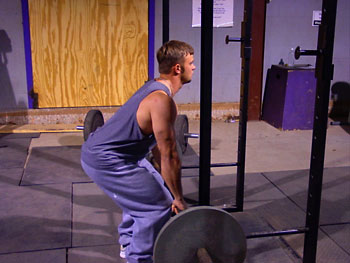 These exercises should breathe some life back into your training routine, stimulate new muscle growth, and sufficiently freak out everyone else in your gym. If not, we suggest performing all the above naked.

This puts you in a safer, more efficient position for big pulls and new PRs. Here's why.
Tips, Training
Tony Gentilcore December 11

It's a common squat mistake that most people don't even realize they're making. Here's why it's wrong and how to fix it.
Tips, Training
Eirik Sandvik October 26
Most trainees have the habit of waking up, shoveling down some Fruit Loops, and heading off to the gym before they've truly awakened. In other words, given the amount of prep work they've put into that particular workout, they might as well have left their Fozzie Bear jammies on and stayed in bed.
Training
Charles Poliquin December 3