TC was taken aback and needed a week to think about it.

Tim Patterson called me when he heard about it.

Charles Staley was sworn to secrecy, 30,000 feet in the air.

Alwyn Cosgrove, in a rare moment, was speechless. Then he said, "It makes sense!"

And after a little time to think about it, they all agreed that I was on to something. A new training philosophy is taking shape and it's so intuitively simple that I'm amazed no one has figured it out. What am I referring to? Let me explain. 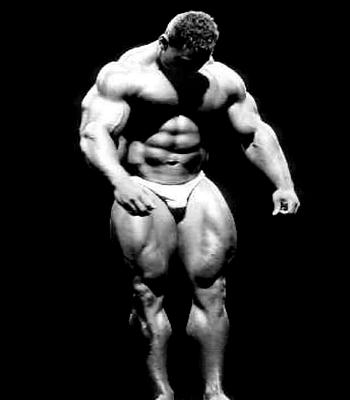 Look closely at virtually any training method purported to build bigger, stronger muscles and you'll see one common entity: all of those methods focus on training with a high intensity either right at the beginning or further into the plan.

Of course, some systems preach the importance of a high training intensity to failure right out of the gate with no relief in sight. Other training systems revolve around some sort of linear periodization where the initial phases of training incorporate a low intensity with high volume before merging into a high intensity with low volume. What I'm referring to by "intensity" is working to, or close to, muscular failure.

And I'll be the first to admit that I've done the same thing in the past, albeit slightly different. I usually advocate that each set should terminate approximately one rep short of failure. This keeps recovery in check by helping to manage fatigue. It made sense to me, and it still does, for a certain population of lifters.

Then I had an epiphany one day that really put high intensity training in perspective, especially with regard to approaching or inducing muscular failure. I had what alcoholics refer to as a moment of clarity. (The first person who tells me what movie that last line is from gets an autographed copy of my book.)

What's happening as we approach muscular failure? That's the first question that popped into my head. I mean, what's so damn special about training to failure or close to it? Is it really true that the last few reps of each set are the most beneficial part of the set?

That's what we've all been told, ad nauseam. In fact, we've been force-fed the "high intensity training to failure" concept since the inception of glossy, newsstand muscle magazines.

For example, if a training philosophy advocates that you should perform a set to failure with 75% of your 1 repetition maximum (RM), we've been told that the first 10 or so reps are merely preparing our muscles for the "real" gut-wrenching reps past 10 that induce muscle growth. Those last few reps when the speed slows to a snail's pace, when you're screaming in pain, is what really gives you bigger, stronger muscles, right?

But who's telling us this? Think about that for a second. And more importantly, why is it correct?

Being a neurophysiologist gives me a distinct advantage when it comes to training. I look at all actions from the angle of the nervous system. It makes sense, after all, given that the nervous system controls and/or regulates every other system in the body. So I'm perplexed why more people don't take the time to really study and understand the nervous system as it relates to transforming the body.

Where am I going with this? I'm here to tell you that everything you've been told about training with a high intensity to failure is wrong! This is especially true if your ultimate goal is to build bigger, stronger muscles. How can I make such a bold statement with such conviction? Because neuroscience research tells us it's wrong!

The nervous system consists of the brain, spinal cord, and a whole lot of neurons (nerves) that control and regulate the human body. Walking, talking, memorization, seeing, hearing, and digestion are just a few of the actions controlled by the nervous system. It's been touted as "the last frontier of fitness" by many of the world's leading experts. 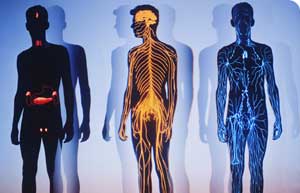 Nevertheless, there are a few key pieces of neuroscience research that have been ignored like a redheaded stepchild. Or maybe the research has simply been swept under the proverbial rug? Or maybe no one has figured out how to apply the information to build bigger, stronger muscles?

When I finished my graduate studies in neuro-physiology, my mentor was anything but ecstatic when I told her I was going to apply my knowledge to bigger, stronger, faster bodies. In her mind, most people who spent as much time studying the nervous system as I have, take that information and apply it to more significant problems such as Parkinson's disease and multiple sclerosis.

That might be true, but disease control isn't where my passion lies (currently, anyway). And since I was awarded a scholarship to research the detrimental effects that Parkinson's evokes on strength and motor control, I guess it's kinda strange that I didn't follow a different path after I graduated.

Whenever you lift a barbell or dumbbell, a complex series of steps take place to recruit and coordinate the correct muscle fibers. Importantly, the muscle fibers are controlled by the nervous system with the help of motor and reflex neurons. The coalescence of the motor neuron and the muscle fibers it innervates form a motor unit. 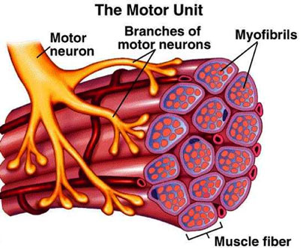 To produce more force, the nervous system must recruit more motor units. Think of each motor unit as being a football player, and imagine your car is stuck in a ditch. The more football players you have to pull the car out, the easier the task will be.

The same is true with the nervous system: the more motor units recruited, the greater the force you'll be able to produce. So to lift the largest load or to lift any load as fast as possible, you must recruit as many motor units as possible.

Speed is the Omnipotent Ruler

The same is true with a lighter load. If you perform a set of bench press with a 15RM, the first 8-10 reps are all relatively fast and easy. From there, subsequent reps get harder and slower, right? This principle I'm referring to holds true for any training load from a 3RM to a 100RM: there's a point in any set when the speed of movement slows and the set becomes very difficult.

Make no mistake about it, speed is the omnipotent ruler. Indeed, the most reputable research has demonstrated time and time again that a faster tempo leads to the greatest hypertrophy and strength gains. And I'm not just talking about the concentric (shortening or lifting) phase of muscle contractions; I'm talking about both phases.

Yep, not only should the concentric phase be fast, but also the eccentric (lengthening or negative) phase of muscle contractions. So it's stupid to ignore that research. It's telling us something very important!

Since the mid-twentieth century, two neuroscience gods, Dr. Denny-Brown and Dr. Henneman, have been vying for claim to one of the most important neuroscience principles ever uncovered: the Size Principle. 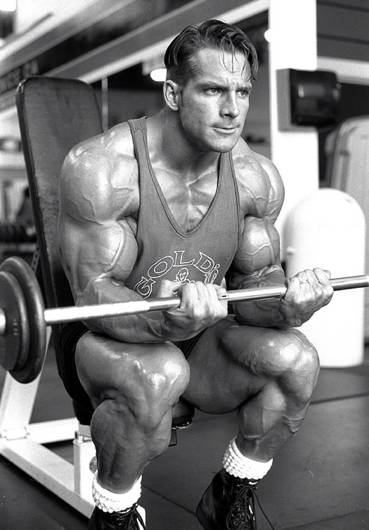 It's perfectly logical, after all, that the largest and fastest motor units are most difficult to recruit. Think about the "fight or flight" response. When you're in the fight or flight mode it's easier to tap into the largest motor units. That makes sense given the fight or flight mode was, in ancient times, conducive to getting your head torn off by a raging beast. Such a situation requires you to high tail the hell out of a cave as fast as possible. As Charles Staley recently said to me, "The Size Principle makes you believe in God."

So the ultimate key to bigger, stronger muscles lies within a thorough understanding of how the nervous system controls and regulates motor unit recruitment.

I want you to put on your thinking cap and really ponder what I've said. Did I create more questions than I answered? If so, I succeeded. There's a new training philosophy that's about to be uncovered, and don't forget, you heard it here first!

Focus on how fast you can lift a load. Once the speed slows down, terminate the set.

Now the question (this is the key to the concept that will change everything):

Think the only exercises that matter are the trendy ones? Wrong. Do the uncommon things to get uncommon results. Then get ready to sport some skin.
Bodybuilding, Training
Ben Bruno February 1

Use your EDM as the foundation for planning your workouts. Here's why.
Powerlifting & Strength, Training
Paul Carter November 11

If you get these movement patterns mixed up, your deadlift, KB swing, and RDL will do more harm than good. Here's what you need to know.
Deadlift, Kettlebell Training, Squat, Tips, Training
Dr John Rusin July 6