No matter how well versed you become in the strength and
conditioning world, it never hurts to get to the bare bones of it
all. My niche is the nervous system, but I often learn a thing or
two with even the most remedial nervous system lectures.

You've all heard Einstein's maxim to make everything
as simple as possible, right? Well, if you're someone who
benefits from my programs and methods, this article is for
you. Yep, I'm going to strip my principles down to the
waxed hoo-hah.

Not only that, but I'm also going to devise a system that you can follow to build bigger, faster, stronger muscles.

Actually, I've been asked quite a few times by the T-Nation
bigwigs to write an "Essential Waterbury" article, but I've
always been hesitant for one reason or another. I figure there are
simply too many variables that determine what kind of training
advice I should give to a person.

Let me explain. If someone asks how many reps he should do, and
how many times per week he should train each primary muscle group,
I'll often reply with:

You get the idea. But I'm learning a better way. When such
a question is posed to me, it would probably be more beneficial to
the person, and less time-consuming for me, to say something like
this:

Train all muscle groups that you want to develop three times
per week with 3, 6, and 9 reps for each workout. When that stops
working, get back to me.

You see, what that answer does is build a system of principles
that people can relate to. Those are concrete parameters, plain and
simple. This is precisely the reason why so many people are
familiar with the 10 sets of 3 reps that I recommend for
hypertrophy.

Sure, anyone could say that 10x3 is nothing more than marketing,
hearsay, or hyperbole. But the fact of the matter is the majority
of people I've worked with respond well to 10x3. That's
why I've recommended it so many times.

It's popular because 10x3 is a system. That's
important. It doesn't take a 180 IQ to understand how to do 10
sets of 3 reps. It does, however, take some experience and training
knowledge to aimlessly merge through countless parameters in order
to figure out what works best for you. That's fine and dandy,
but wouldn't you rather just know what parameters have worked
for the majority of my clients?

What are becoming ubiquitous in this industry are pieces of
advice filled with nothing but ambiguity. You know what? I
don't want to follow that trend; I want to devise systems.

The Power of Building Systems

I haven't researched the numbers, but if the Zone Diet
isn't the most popular diet of all time, it's damn close.
For those of you who're still using an Apple II computer,
I'll tell you that the Zone Diet is based on eating a 40/30/30
caloric balance of carbs, protein, and fat with each
meal.

The Zone became so popular because it's a system: you eat a
40/30/30 ratio with each meal, regardless of the foods you choose.
As such, the food combinations are endless.

Beyond that 40/30/30 balance comes intelligent food selection.
Now, I don't want to turn this into a comprehensive review of
the Zone Diet, but the foods you ultimately choose will make a big
difference on that, or any other, eating plan.

However, many people get great results with the Zone even when
their food selections are less than optimal. They get great results
because the 40/30/30 system assures that they'll get adequate
carbs, protein, and fat with each meal. And getting an adequate
balance of macronutrients with each meal is the most important
step. Once you get that in place you can start to tweak your food
selections.

Do you see where I'm going with this? I hope you do because
this type of system should also carry over to your training. First
you must get the big stuff in place (i.e., build a system). From
there, you can tweak the parameters to meet your specific needs.

Dr. John Berardi beautifully portrayed what I'm talking
about when he wrote 7 Habits of Highly Effective Nutritional
Programs.
In that article he laid out key principles that metamorphose into a
nutritional system.

If a person asks me for advice on how to build bigger quads, I
might tell him to do front squats for 10 sets of 3 reps.

And from that simple piece of altruism, a backlash will
sometimes ensue.

"Ten sets are too much."

"Doing one movement isn't enough to cause substantial
growth."

"The load is too light."

"The load is too heavy."

"The rest periods are too short."

"You can't build muscle without going to
failure."

I encourage you to give the advice from us coaches an honest try
before diving head first into internet attacks. Listen, it's
not difficult to tear apart any statement made by any writer. Let
me repeat that statement because it's paramount, and I'll
even italicize it so you won't forget:

It's not difficult to tear apart any statement made by
any writer.

I could do it all day long, and you probably could too. But
where does that get us? Nowhere. So fuck that nonsense.

It's time for us coaches to build systems and principles
based on what the majority of our clients respond well to. Save the
fringe market for one-on-one training sessions. Stick to the advice
that your grandpa has surely told you, "Stand for something or
you'll fall for anything."

Here's what I stand for.

• Alternate between a squat and deadlift variation with each
subsequent workout.

• Alternate between double-leg and single-leg movements with
each workout.

• All squat and deadlift variations must be with free weights.

• Good mornings are limited to one workout each
week.

• Train your hip abductors/adductors at least twice each week.

• If you perform leg curls, do them on the same day as your
squat movement.

• The leg press should only be used for calf
raises.

• Don't repeat the exact same movement in the same week.
For example, squats with a wide stance are different than squats
with a narrow stance.

• Perform at least one multi-joint pressing and pulling
movement with each workout.

• For multi-joint movements, alternate between the vertical and
horizontal planes with each workout.

• Train your serratus, external rotators, and wrist extensors
at least twice each week.

• The cable lat pulldown, chest supported row, and cable pulley
systems are the only "machines" you should use for the
upper body. Every other machine with a fixed axis is detrimental to
joint health.

• If you perform curls, rotate between supinated, neutral, and
pronated grips with each workout.

• Triceps extensions are limited to one workout per week.

• Augment your reps per set throughout the week, unless you
train the same muscles two days in a row.

• For hypertrophy, add at least three reps per set to each
subsequent workout throughout the week.

• If you train the same muscle group two days in a row, add at
least six reps per set to the second workout.

• If you train a muscle group twice in one day, the second
workout should consist of more reps per set than the first
workout.

• Advanced lifters should perform less than 10 reps per set for
the majority of their workouts (if they're seeking maximal
strength and hypertrophy).

• For maximal strength and hypertrophy, use the heaviest load
you can manage with perfect form for all sets.

• For maximal strength and hypertrophy, it's not necessary to
train to failure if you're using the volume prescribed in this
article.

• For speed strength you should terminate the set once you feel
the speed is slowing down. If your speed slows down noticeably
before you reach the prescribed number of reps, the load is too
heavy.

• If you can only make it to the gym three times per week or
less, body part splits should be avoided.

• If you only use maximal strength parameters, the same muscle
group should not be trained more than three times per
week.

• For hypertrophy, two workouts for the same muscle groups in a
24 hour period is better than two workouts spread over two
consecutive days.

• Lagging body parts can be trained up to 10 times per week
using five, twice-daily workouts or three, three-times-per-day
workouts along with one workout for the fourth day. Every third or
fourth week those same lagging body parts should only be trained
once.

• Advanced lifters should reduce the volume of their workouts
by 30-40% every fourth week.

• Intermediate lifters should reduce the volume of their
workouts by 20-30% every fifth week.

• Beginners should reduce their training volume of their
workouts by 20-30% every sixth week.

I encourage you to not focus on any single statement that's
been made for lower/upper body movements, sets and reps, loading,
frequency, and unloading. All of these principles coalesce into a system. Every statement I've made is this article
depends on having all of the other principles in place.

Allow me to take this opportunity to mention the set/rep volumes
that I prescribe. When I say something like 8x3, people are often
confused whether that means per movement, per body part, or per
muscle group. I prefer to use the term "muscle group," even though
no single muscle group is isolated in any movement.

When I mention a muscle group, I'm referring to the
primarily muscle group that's being trained in any movement.
You do bench press for your chest, even though your anterior delts
and triceps also play a role. You do chin-ups for your upper back,
even though the biceps play a role.

If I told people to perform 8x3 per movement, it can be a little
ambiguous. You see, the incline, flat, and decline bench presses
are all different movements but they all primarily train the chest.
So in order to keep you from doing 8x3 for the three aforementioned
movements (24 sets for the chest), I prefer that you think of the
primary muscle group(s) that each movement trains.

Now, your job is to put this system to work for yourself and
your clients. It's important to note that this article isn't a
summary of all my past writings. My methods and principles are
constantly evolving so some of this information might surprise you.
That's a good thing because this system works!

There are many complex aspects of recovery, but one of the most important is nutrient transfer. Here’s what you need to know.
Bodybuilding, Training
Chad Waterbury April 26 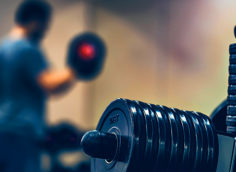 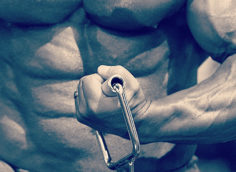