I'm here to tell you that sets and reps don't matter. That's right, forget everything you've been told about the perfect number of sets or ideal rep ranges. The total workload you perform is what really matters, not how you arrived at it. Going back to the economic model of training, your bank account only tells you what's in it, not how it was earned.

Training works in much the same way. For example, if you're trying to add an inch to your arms, it's going to require a certain amount of volume and intensity over a specified period of time to produce the desired result. How you accumulate that training load is another question entirely.

To illustrate, let's assume that you'll need to accumulate 1,000,000 pounds of training volume (performed with at least 75% of maximum) on exercises directed toward your hamstrings in a certain timeframe – let's say it's one year – to increase the size of your hamstrings by 5%.

Once we've determined the required training load needed to elicit a specific result, it naturally follows that we next need to find the "easiest" way(s) to accumulate that volume within the specified period.

Still with me? In other words, while there are no shortcuts – we need to do a specific amount of physical work in a specific time period to get a desired result – there are ways to make that work easier, faster, and/or more tolerable. These ways are achieved through programming "tricks" that you should be using.

I came up with Escalating Density Training (or EDT as it's now more popularly known) after experimenting with my clients. The concept behind EDT is disarmingly simple – organize exercises, sets, and reps in such a way that you can perform a maximum amount of work in a minimal amount of time.

The specific methodology employed with EDT is counterintuitive for most lifters and therefore it had rarely been thought of, no less attempted, until I first started teaching and writing about it ten years ago.

Instead of fighting through pain as fatigue accumulates over the course of a workout, you instead modify your sets by shortening them, with the goal of maximizing total reps rather than worrying about how many repetitions you perform in any one set. By way of example, you start off performing sets of 5 reps, but toward the end of a predetermined time limit, you might only be squeezing out singles with the same weight.

Few people would arrive at this tweak intuitively, because it strikes most lifters as a sign of personal weakness. This instinct is myopic, however. It doesn't really matter how much work you do in a set, it matters how much work you perform in a session (and by extension, a number of sessions). In other words, we don't need to win every battle, we just need to win the war.

As it turns out, by being pig-headed about what you accomplish in a specific set, you unnecessarily speed up fatigue, which hampers your overall training volume for the session as a whole. Pacing is the key.

We need to ignore what happens during a specific set. Instead, it's smarter to look at the bigger picture. With that in mind, I created a set of "devices" designed to reduce friction and maximize work output over a 15-minute time frame.

The first device is the establishment of time limits. EDT workouts are composed of specific PR Zones, where you strive to accumulate as many total reps as possible on two opposing exercises.

These oppositional exercise pairings represent the second device. By capitalizing on something that exercise geeks call reciprocal innervation, it's possible to pair two exercises in a way that results in significantly less fatigue than would otherwise be possible.

Interestingly, many supersetting strategies developed before EDT paired similar exercises together in an attempt to increase fatigue as much as possible. EDT employs the opposite approach. Imagine performing sets of front squats and hamstring curls, in alternating fashion. As you perform a set of front squats, your hamstrings are in essence required to relax to permit your quads to fire unopposed.

This reciprocal innervation means that your muscle will actually recover faster than it would have if you allowed it to rest. Pairing exercises in this manner allows more total work to be done in the same period of time, which is after all, our goal.

A third device I employed – one I'd never seen used before – is the idea of rep reduction over a series of sets, as a fatigue management strategy. In practice, you start the 15-minute PR Zone doing sets of 5 reps, but over time, as fatigue sets in, you'll drop down to sets of 4, then 3, and so on, until the 15-minute time period ends.

A working progression strategy is a requirement for any valid training system, and EDT is no exception. The next time you perform the same exercise pairing, your singular objective is to improve upon your personal record, which in this case refers to the total reps you managed to acquire in your previous session.

Once you increase your baseline PR by 20% or more (and this might happen in one workout, or it may take several), you earn the right to increase your weights by 5% or 5 pounds (whichever is less) the next time out.

If you've never tried EDT, here's a quick how-to. If you have tried EDT, this might be worth a read anyway, as I've found many people are performing it in a way that I never intended.

Question: What's a good number for my baseline PR?

Generally between 40 and 60 reps. It's really not that important. What matters is the process, not the experience.

Sure, but try 15 minutes first.

Question: What's a good exercise pairing for squats or pulls?

Question: I like the idea behind EDT, but I'm more into maximal strength training than hypertrophy development. Is there a way to tweak EDT for this purpose?

Sure. Use a 6RM load and start the PR Zone with sets of 3 reps. 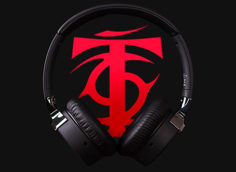 What's the most listened to song in the gym? And what does science say about it? Let's find out.
Training
Chris Shugart March 7

Shrugs and beastly traps go together like certain high-ranking generals and sleazy MILFs. But what if you've been hitting those shrugs all wrong?
Training, Traps
Eirik Sandvik November 27