Lift long enough and you'll experience every level of DOMS (delayed onset muscle soreness) from light to debilitating. So what is it really and what does it tell us?

The severity of DOMS and the length at which it hangs around varies from individual to individual. All things being equal (like diet and experience), his may be due to genetics. Some get very sore for long periods of time from even casual exercise, and others can train balls to the wall, even using a new routine or new intensity techniques, and experience little or no soreness.

Is DOMS a valid measuring stick for training sessions that stimulate growth or is it worthless in that regard? This question has never been definitively answered by science. There are a number of reasons why many say that DOMS has no relation to stimulating new muscle growth. Here are a few:

As the body becomes efficient at performing a movement with greater ease, heavier weights can be hoisted. Why? Because maximal strength requires neural adaptation, while greater and greater degrees of hypertrophy (muscle gains) can be reached without ever maximizing your strength. They are two very different animals.

On the flip side, some say DOMS may stimulate muscle growth. Here's why:

Remember, muscle growth is a slow process. We wouldn't expect someone who's sore to see the growth from that soreness while DOMS is taking place. We'd expect to see it weeks or months later when the body has adapted and the repair process at the cellular level has taken place.

Here's the pattern most people fall into with new workouts:

The timespan from 1 to 4 can vary, but it generally falls within a 10-12 week period. This depends on the qualification of the athlete. Well-trained people tend to adapt very quickly to new stimulus, routines, and stress. But novice lifters can often stay on the same routine for months on end and still see muscular and performance increases, all the while still getting DOMS. So all of these things come with caveats.

But once you become fully adapted to a stress, detraining is going to be just around the corner. This is when you can't break past a rep plateau for a lift, or when you see muscular gains come to a halt or performance decreases, i.e. you can't hit weights you could previously, or hit PRs anymore. Either you're in a state of adapting to something, and the body is creating a state of preparedness (through strength or muscular gains), or you're detraining because the body has made the physiological changes needed to handle the stress thrown at it.

"I just did some maintenance training and tested my maxes one day and hit new personal bests!"

This has actually happened to me. But in retrospect what I realized was that my "maintenance" training was actually what I needed to allow the recovery process take place from the training I'd been doing. This isn't a lot different than going into a state of overreaching, then deloading or resting, and allowing supercompensation to take place.

If anyone has ever taken a week off, then hit the gym the next week only to find themselves much stronger, this is exactly what happened. Recovery was getting shortchanged. Without enough of it, the body is in a curve of fatigue debt. Until it climbs out of it, then fatigue will continue to mask fitness. 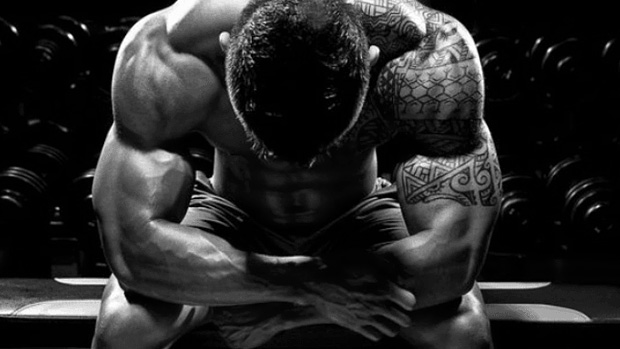 Being so severely sore that you can barely stand or have to change your gait when walking isn't productive. This is a sign that you've exceeded your body's capabilities to repair and recovery properly. It's basically like sustaining an injury.

And what happens when you get injured? You may have to take time off from training that area, and ultimately a degree of atrophy sets in. In other words, if you get so sore you can't train without significant pain, then you crossed the threshold of localized muscular recovery. This is bad.

Most of us like being sore. Whether it's a sign that the workout was productive can't be factually quantified. This doesn't take away from the fact that most people who are diehard gym rats tend to enjoy a bit of soreness. It's blissful and reassuring in a twisted kind of way.

For advanced lifters, DOMS usually sets in to some degree when new training is introduced. Sometimes this is a small change, like foot position for squats, and sometimes it's a complete training overhaul. After a few weeks on the same training plan, DOMS tends to subside and progress can still be made, though growth is usually seen weeks later, even after DOMS has mostly subsided from a routine.

Some people just don't get very sore, or sore at all, from training. And certain body parts grow just fine while rarely getting sore. So this has to be the nail in the coffin in regard to DOMS being linked to growth, right? Well, not so fast.

Areas like the delts or forearms probably don't get sore very often because they're used in virtually every movement we perform in the gym and they're active in everyday life. So they tend to adapt to training stresses quickly.

There is also another factor that comes into play here. Unlike say, the quads, pecs, lats, biceps, and triceps, there's really not much of a movement that puts the delts in an extended stretch at the bottom of the eccentric (negative) portion of an exercise. Movements that really load the muscle in a lengthened position tend to also cause a significant degree of DOMS than exercises that don't.

Think stiff-legged deadlifts, chins, flyes, incline dumbbell curls – these can all stimulate a great deal of soreness. Movements that offer a great deal of tension while in a fully lengthened position also tend to offer a greater potential for growth. Biomechanical specialists share this same belief.

Eccentric training performed at high intensities was shown to be more effective in promoting increases in muscle mass measured as muscle girth. In addition, eccentric training also showed a trend towards increased muscle cross-sectional area measured with magnetic resonance imaging or computerized tomography. Subgroup analyses suggest that the superiority of eccentric training to increase muscle strength and mass appears to be related to the higher loads developed during eccentric contractions.

We've also seen a more rapid rise in muscle protein synthesis when comparing concentric-only loading to eccentric-only loading. When you start looking at the body of evidence behind eccentric based training, or emphasizing the eccentric portion of a movement, it should be clear that it offers a significantly higher degree of growth potential.

The problem is, people end up using all sorts of eccentric-based movements outside of the gym to say it's of no relevance. But it's really comparing apples to oranges. Running down a hill isn't quite the same as doing a balls-to-the-wall set of 10 on squats with a 5 second eccentric in regard to muscle growth. So let's stop with the silly comparisons.

So is THIS our link in regard to DOMS and hypertrophy? Eccentrics cause more DOMS. Eccentrics also tend to have a higher potential for muscle growth. There's some correlation. The degree of its relationship is the part that can't currently be answered.

What About the Concentric?

Can you do the same thing with the concentric (lifting portion of an exercise) and get the same effect? The shortcoming with the concentric being used in a slow manner is that it ultimately limits the amount of weight that can be used in the exercise. And no matter how slow and controlled you are with a movement, there comes a point where you're going to have to actually sling some real iron around in order to grow. Controlled but EXPLOSIVE concentrics with slow and deliberate eccentrics tend to be the most efficient in regard to offering growth potential in a movement.

What About Huge Dudes that Don't Get Sore?

People who train frequently stimulate muscle protein synthesis more often, thus setting the body up for more opportunity to grow. Despite the fact that they don't get sore due to adapting to higher frequency, six training session a week means twice as many opportunities to stimulate muscle growth than someone only training three times a week.

If the person training twice as much also regulates his volume and intensity properly so that recovery is met, then he consistently gives himself more opportunities for growth. The fact that he isn't sore very often yet grows faster shouldn't be surprising, nor does it eliminate the possible connection between DOMS and growth.

After all, he may be adapted to a certain frequency of training. But throw in some new wrinkles to a daily session and most likely DOMS will appear again. Why? Because the body is trying to adapt to a new stimulus. 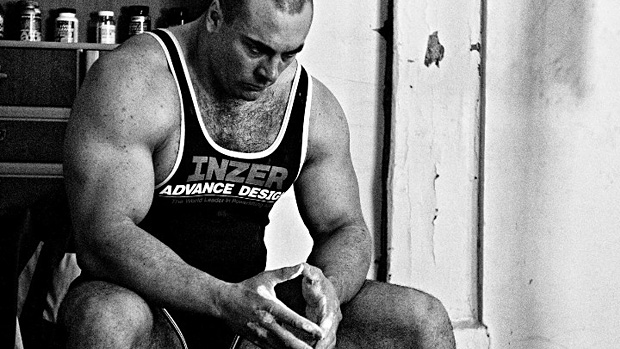 How to Use DOMS as a Tool

One other valuable use for DOMS is to "chase" soreness via the old Vince Gironda method. How? Go into the gym, do one movement for eleventy-thousand sets, and wait around for the next two days to see where you're the most sore. This gives you specific feedback as to what area is generating the most tension during that particular exercise.

We can't say there's a direct relationship between DOMS and muscle growth. But it cannot be ruled out altogether either. The fact is, we just don't have enough information on it to come to a complete conclusion either way. Here's what we do know:

Don't chase soreness or use it as a barometer to judge the efficiency of a workout. But don't rule it out as having some link in regard to muscle growth either. Don't get so sore you need a cane, but if you never get sore then ask yourself if you're just The Wolverine reincarnate or if you're just training like a puss. More than likely, it's the latter.

High-rep band exercises will help you to avoid injury and build some extra muscle. Give these a shot.
Bodybuilding, Powerlifting & Strength, Tips, Training
Jason Brown July 8

Should you squat butt to calves? High bar or low bar? What about elevating the heels? Foot placement? Tempo? It's all here in this article.
Squat, Training
Lee Boyce April 29

Believe it or not, this will make you a better squatter and make those cranky knees feel awesome. Here's why and how to do it.
Legs, Tips, Training
Lee Boyce March 20 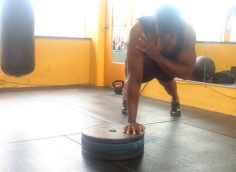