Many fitness and rehab professionals look at squat depth as the prime indicator of health, performance, and injury prediction.

The argument goes, if you can comfortably rest your hamstrings on your calves, the odds of you having restrictions to the mobility of your hips, knees, and ankles is low, meaning you can then safely do pretty much anything with little or no chance of injury.

But if you're just looking to get bigger and lift heavier weights, does it matter if you can hit that depth or not?

In many indigenous cultures, squatting deeply is a resting posture. Many people will maintain a deep squat for hours without feeling knee soreness or having any deleterious effects. It's essentially their "anywhere chair."

Notably, many Asian and African cultures maintain the ability to do deep restful squats on a daily basis while doing their chores. However, in cultures where seated life is much more common, the ability to squat deeply at any age is affected significantly.

I've worked with young children who didn't have the motor control to control their deep squat, even though just a few years earlier as toddlers they were able to sit and maintain that position forever.

Is this a "bad" thing? Perhaps we just adapted to our environment, where chairs are omnipresent and the need to squat deeply has essentially been replaced.

From our joints' perspective, however, it is bad as it reduces the useable range of motion available for movements, which can wear away the joint.

Not all hips are the same. Some people may be precluded from deep squatting due to the architecture of their pelvis and femurs.

There are four different classifications of pelvis, based on shape. The gynaecoid and platypoid pelvi tend to be wider, deeper, and have a narrower base, which makes them angled more than the android and anthropoid pelvi, which are narrower and more oval shaped.

The latter two are somewhat limited for flexibility due to the potential contact of bony structures. That means you can stretch all day and never get anywhere other than sore from ramming your bones together, but you can squat a brick house.

There's also a wide variation in the types of femoral angles and articulations between the femur and the acetabulum.

What this means is that deep squatting for some people may be next to impossible without causing some sort of dysfunction or pain.

They can still get good depth, but may have to open their stance up a bit wider and turn their feet out slightly to help improve the chances of getting down without slamming the femur and the acetabulum together. 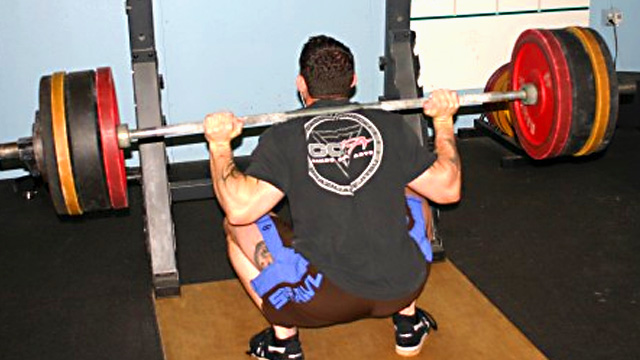 Everyone wants to use squats to get better at something, whether it's gaining muscle, getting more explosive, or having greater control of their movements.

The downside to having a stronger squat or a deeper squat is that it doesn't necessarily translate to increased performance. Sure, squatters may be stronger, but they may not have the control of that strength or know what to do with it.

I've worked with professional hockey teams and the consensus is that many players can't squat deeply at the best of times. They spend their lives in solid form skates that limit ankle dorsiflexion and spend most of their time on the ice in a forward stooped kyphotic posture to keep their sticks on the ice.

Their average squat would be considered abysmal. The odd player can get to depth, but he's typically not the all-star or future hall of famer.

Squat strength and depth don't seem to be correlated to performance or injury risk. A more appropriate model would be to compare squat asymmetries between legs and compare them to balance.

Single-leg squat depth and strength seems to correlate highly with a star excursion test, where the individual stands on a fixed point and reaches with his free foot in different directions as far as he can.

This gives a map of where the person has his greatest balance and control over his movement and is a much better correlation to injury risk and performance in multidirectional athletes. Are those coaches that promote single-leg training on to something after all?

The bigger issue is control of the movement through the hips and core, through the frontal and transverse plane instead of the saggital plane. Single-leg training seems to address this, though.

Deep squats may build thicker legs than shallower squats. Squatting with the knees below parallel with the hips produces a greater knee extensor moment (quad focus), whereas shallower squats tend to use more of the ankle.

Deeper squats also activate more of the gluteus maximus during the concentric portion and more of the vastus medialis and lateralis (quads) during the eccentric.

What this means is that if you want to get the most work from your quads, hit some depth and go slow on the way down to maximize the stress, then explode up without losing your spinal stability to get more from the glutes.

Much of the hesitation to squat deeply is because, well, it's harder. The ego drives a lot of what we do in the gym, and squatting deeper for the same number of reps typically means stripping 20-40% of the shallow squat weight off the bar.

Don't worry. With the decreased load bearing capacity of deeper squats, the muscle activation increases as the depth increases, meaning any potential embarrassment from squatting like a little girl for a while is quickly offset by faster strength development and leg mass accumulation. You'll soon be putting weight back on the bar and buying some non-skinny jeans.

There's still a widely held belief among fitness instructors and personal trainers that deep squatting will hurt your knees.

The greatest posterior shear force is in the first 30 degrees of the squatting movement, with a substantial decrease in shear as the knee goes past 90 degrees. This means shallow squatting is worse for your knees (specifically meniscus and ACL) than deep squatting.

Deep squatting has been shown to increase the retropatellar contact area with a larger zone of contact on the femoral condyles than shallower squatting. That means half or quarter squatting increases pressure with a smaller contact area and leads to more wearing away of the sub-patellar cartilage than deep squatting and increases the degenerative changes of the knee.

This classic "butt wink" has been blamed on everything from hamstring tension to hip flexor shortness to constipation, but it typically comes down to the fact that the lifter can't control the movement in that position.

As mentioned, some are built to squat deeply and some will struggle with it. Forcing the deep squat will eventually cause a limited joint to hit its limits and require movement from somewhere else to get to the floor, meaning low back flexion.

Does this mean you're going to get injured? No, but there's an increased risk when the spine is flexing like that, especially under appreciable load. 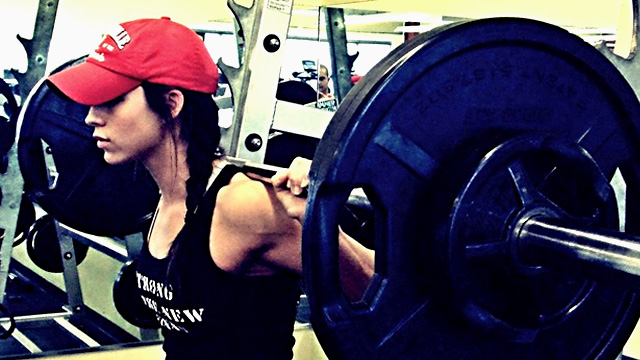 What Does it All Mean?

First, know your limits. If you have the structure to squat deeply, you'll be able to hit depth without issue, but will need to work on control to get back up without losing spinal control. If your structure isn't ideal for depth, maybe go to parallel instead and focus on controlling the movement.

Second, depending on your goal (athletic performance or hypertrophy) you may have to involve deep squats judiciously and with some forethought as to how you'll work them in.

For instance, bodybuilders should use less weight and work on tempo to get maximum benefits. Multidirectional athletes may have to work on more single-leg variations than bilateral variations to work on core control and reduce asymmetries that would negatively affect performance.

Injury prevention would mean training the squat to maintain the ability to use the full range of motion available with all joints respected.

Third, consider how you're lining up your squat. You may have to take a wider stance with more foot turnout to get to a comfortable depth due to bone-to-bone contact happening sooner in a narrower stance.

Make sure that the knees don't collapse into valgus like a goalie in the butterfly stance, and focus on maintaining your lumbar spine position.

Lastly, use a variety of squat variations to get the most benefit, from goblet to front to back and even single-leg squats.

This changes the types of stress the knees and hips take, which reduces the chances of seeing degenerative changes in the joints from over-grooving a pattern in the same range of motion.

It's not necessary to squat to see gains in strength, hypertrophy, or athletic performance, but losing the ability to squat for depth is a clear indicator of a loss of mobility and control, which can have a major effect on all the above.

Maintaining the ability to squat deeply, whether under load or not, is a key to staying healthy and strong for years to come. 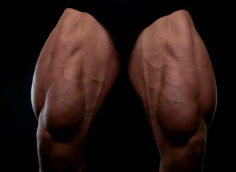 Can you really make your biceps and triceps bigger in only four workouts? With this program you can.
Arms, Bodybuilding, Training
Ellington Darden, PhD May 1

Are calves an afterthought in your program? Yeah, that’s why yours are kinda sad. Make 'em happy with these exercises and workouts.
Bodybuilding, Calves, Training
T Nation August 10 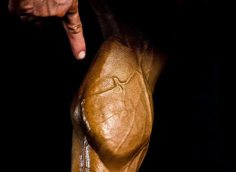