The little dude sitting beside me at the Dan John seminar looked like he'd just been spanked by his mommy with an extension cord.

Poor guy had raised his scrawny arm like a kid in an elementary school classroom and asked Dan a question about NO2 supplements. Dan took a deep breath and, in his very best you've-really-disappointed-daddy voice, gave the kid The Lecture.

The Lecture can be summed up like this: "Don't even ask me about THAT unless you're first doing THIS!"

Turns out the kid didn't even know how much protein he was getting per day, an issue he should have taken care of before worrying about any ancillary supplement, especially one as questionable as NO2.

Too often in the world of muscle building, fat loss, and athletic performance, we focus on the little stuff while missing the big picture. "Hey, look at that little tree!" we say, all the while oblivious to the fact that we're standing in a lush forest.

It's easy to get lost in the minutia. Those little things can be very cool and fun. But the thing is, if you're missing something major, then all the minor stuff in the world isn't going to suddenly make you bigger, leaner, or stronger.

In other words, don't ask us about the best exercise for your tibialis anterior development if you're not even squatting and deadlifting.

In short, don't ask about that unless you're already doing this!

Newbies make this mistake all the time out of simple ignorance. That's okay, we were all greenhorns once. But even gym vets need a reminder every once in a while.

In that spirit, I've asked Dan to list a few of his favorite examples of this common problem. At the end, I'll add a few of my own.

So, put your hand down. It's time for Professor DJ to step up to the podium and give you The Lecture.

Perhaps I should feel bad about all of this.

I'm beginning to get the reputation of a cranky old man sitting on the porch yelling at the kids about making noise. I bark at people all day about this and that, telling them not to worry about anything like this or that because they simply aren't ready for "it" yet.

"Hey Dan," they say, "when should I incorporate reverse-hackle sled ring curls with a wombat twist?"

Yeah, that kind of "this or that."

Most of us (and I'm the worst offender) fall in love with all the fringe new lifts and fads and fancy ads. But what we really need to do is spend time on things like basic lifts, basic nutrition, and basic recovery.

And I'm not even talking about all that advanced super-secret stuff Tim Patterson, Christian Thibaudeau and the gang are working on in Colorado Springs. I'm talking about very basic pre-workout nutrition... you know, like eating something that day before going to the gym.

I came up with a little formula years ago that works wonders. I insist that my athletes have two meals and one or two snacks before coming to train with me.

If you eat a meal or two a couple of hours before you train, you have a chance to maintain some level of training intensity. It seems to alleviate "brain fog" and gives the athlete a chance to push hard throughout the whole workout.

I've discovered in the past few years that actually shopping probably trumps anything else in the field of nutrition. As I've argued before, if you're going to do the "three-apples-a-day diet" and only buy a dozen apples, you're in trouble on day five.

I literally have dozens of eggs in my fridge, enough protein options to curb any hunger, and I don't buy any sugary snacks. These shopping choices make it easier to honor the habit of eating well before training.

Now I'm sure I'm going to get emails asking about what to do if you work out in the morning. First, I bless you. I can barely get out of bed most days, and I applaud anyone who can pile some plates on a bar and bang away while I'm reading the paper and sipping coffee.

The only advice I can give you is the old trick of drinking half a protein drink before bed with a glass of water, getting up to pee a few hours later, and drinking the rest of the shake. It has worked for many... but I'll just sleep in, thank you very much.

If you eat carbs all evening, don't ask me about fat burners! 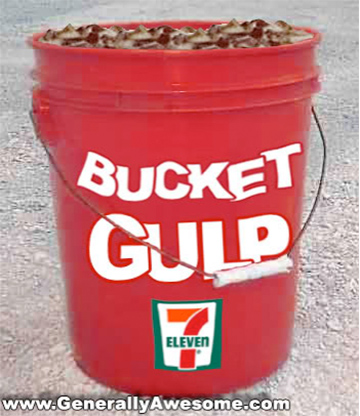 Whether you love the new article from Time magazine or hate it, it sure shocked a lot of people to find out that exercise alone isn't the cure for excess body fat.

Not long ago, a local bagel place came out with a chocolate chip bagel. One of my college students worked there and brought it in as a special treat for me. Because of the rules of hospitality, I was stuck and nodded my head and thanked her very much. I ate it... and it was better than you think.

I also noticed that I was famished an hour later.

I asked for the nutritional info for the bagel. My student told me she wasn't supposed to let me know. Why? After a little prodding, she told me. The bagel, it seems, had 1100 calories.

That many calories and I was hungry in an hour! I'm sure my blood profiles would reflect that I was one step away from death, too.

I felt like one of those women I used to eat lunch with in the faculty lounge. They'd criticize what I was eating and tout the superiority of their low-fat lunches. Then, later, they'd eat five pounds of birthday cake.

Time magazine is right: You can't out-exercise 1100 calories snacks. The higher the carb load, the harder the hit. It seems fairly easy to eat a stack of syrup-covered pancakes, but eating a can of salmon seems one step from impossible.

So, do me a favor. Write down everything you eat for the next two weeks. Note the booze and soft drinks, too. Make an honest assessment of your calorie and carb intake. If you're pouring six Big Gulps down your throat every day, cut those out and note the amazing change to the number of chins you have above your tie. (That'll cost you another $500, by the way. I'll add it to your tab.)

On the Velocity Diet, I made great progress with the help of HOT-ROX Extreme. But the V-Diet includes six protein shakes a day and, well, not much else. The calorie load from one bagel a day on the other hand can't be beat down with popping a few pills, no matter the quality.

So cut the obvious crap from your diet, then ask me about fat burners.

Here's a few more for you:

Don't ask about bee pollen or any other supposedly "magical" supplement until you start swallowing some fish oil capsules every day. Here's why.

Don't ask about electrolyte replacement until you drink some water.

Don't ask me about hot and cold immersion for recovery until you start getting some real sleep.

If you can't do this, you ain't all that. 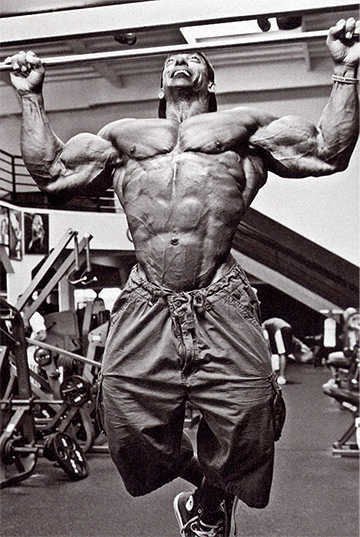 I have good news and bad news for you. The good news is that you can bench your bodyweight. The bad news is my follow-up question: How many times? I consider someone to be at minimal strength levels when they can:

After that, the athlete should strive for:

After those levels, most athletes are strong enough for anything. The problem, of course, is getting from 1 to 15 in those lifts. Do you want to know the secret? Here you go:

If you're not squatting, don't ask about anything else.

Lost in the dust of the last two decades of training advice is the idea of squatting twice a week with workouts worthy of the name "work out." My best gains have been made on high-rep, hellacious squat workouts.

For fat loss, don't ask me about treadmills until you've looked down between your feet at rep 35 with 225 pounds on your back knowing you "only" have 15 more reps to go.

For mass, don't ask about doing curls three days a week verses four days a week until you've felt 315 dig into your back for two minutes of high-rep squats.

Now, am I telling you to never try new things? No. Try new training ideas. Try new diet protocols. Try new supplements. Then, stop and gather yourself, and get back to what works.

If you've been training for all of three days, don't ask me about some snazzy new workout program.

Weight training and good eating work. Every. Single. Time. If something isn't working for you, and you're legitimately training hard, then most likely you just haven't been doing it long enough.

I get questions all the time from V-Dieters who ask what they're doing wrong. It seems some of them have only lost four pounds of fat, and they're very disappointed. I ask them how long they've been on the diet. They answer, "One week." Like Dan John, I involuntarily smack my forehead so hard I almost lose consciousness.

With a diet, any diet, the best way to succeed is to do the damn diet for more than three days.

Same goes with training. A few days ago I ran into an old college friend. The last time she saw me I was grossly obese. As in kids-point-and-stare obese. She said, "Chris, you look great! What kinds of workouts do you do?"

Now, it's been... well, more than a few years since I've been in college. I've done a whole lot of different workouts. So I thought about the question and responded, "Hey, remember when I started working out and eating better in my junior year? Well, I never stopped."

And don't ask me about new supplements until you consistently use the ones you're already taking. Sure, some supps work, and some don't. But I'm always surprised at how many people won't read the damn label and be consistent with dosing.

Don't ask me about sets, reps, exercise choice, or tempo unless you train with spleen-exploding intensity.

Yes, some protocols are better than others for certain goals. But see that guy over there using the "wrong" tempo and "wrong" set/rep scheme on the "wrong" exercise? He's going to get better results than you.

Why? Because you go through the motions of training with all the intensity of a fat guy channel surfing, and he leaves blood on the barbell.

A few more, if I'm allowed? 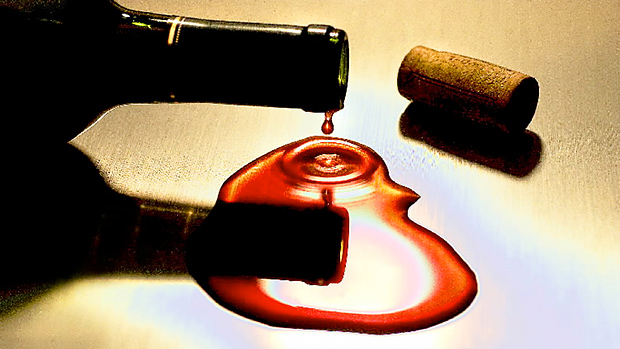 Don't ask me about Testosterone boosters if you drink estrogenic, tittie-growing beer all the time. Real men, hormonally speaking at least, actually drink wine. Put it into a big pewter mug with a Viking goddess engraved on it if that makes you feel more secure in your manliness.

Don't ask me about overtraining unless you've passed out, thrown up, or collapsed to your knees at least once in the gym this week.

Don't ask me about catchy article conclusions. Because Dan and I didn't write one.

Train on your own terms! You should know how to write your own training programs without depending on anyone else. Here's how to do it.
Bodybuilding, Powerlifting & Strength, Training
Paul Carter October 12

What’s better, total body training or an upper-lower body split? Both work, and even though it sounds weird, you can actually combine the two methods. Here’s how.
Bodybuilding, Powerlifting & Strength, Training
Chad Waterbury March 31