Odds are you've done it. Over 30 million people do it every day.

I'm referring to taking non-steroidal anti-inflammatory drugs (NSAIDs) – you know, those pain-relieving pills that line the shelves of every pharmacy, supermarket, and convenience store.

There are literally dozens of brands from which to choose: Motrin, Advil, Aleve, Tylenol, Nuprin – the exhaustive list stretches several typewritten pages. And they aren't hard to come by; most can be readily obtained over-the-counter without a doctor's prescription, or even a cautionary word from a well-meaning pharmacist.

NSAIDs have become an integral part of many serious lifters' daily training regimens. In the majority of cases they're used to alleviate the effects of delayed onset muscle soreness (DOMS), which can sometimes last for several days following an intense workout.

On the surface, taking NSAIDs to reduce DOMS seems like a no-brainer – just pop some pills and your soreness miraculously disappears. No missed workouts, no decrements in performance. What's the issue?

Well, let's look a little deeper. Although the exact mechanisms aren't fully understood, DOMS is believed to be the product of damage to muscle tissue.

The proposed model goes something like this: Forces associated with muscular contractions, particularly eccentric actions, cause the formation of small micro-tears in both the contractile elements and surface membrane (sarcolemma) of working muscle fibers.

These micro-tears allow calcium to escape from the muscles, disrupting their intracellular balance and causing further injury to the fibers.

Various proteins then interact with the free nerve endings surrounding the damaged fibers, resulting in localized pain and stiffness. Symptoms can be exacerbated by swelling within muscle fibers, which exerts pressure on sensory receptors (nociceptors) and thereby increases the sensation of pain (6).

NSAIDs are thought to reduce pain primarily by inhibiting the activity of cyclooxygenase (COX), a family of enzymes that catalyze the conversion of arachidonic acid to proinflammatory prostanoids (5, 22).

Prostanoids have been shown to be responsible, at least in part, for the soreness associated with DOMS. Studies show they promote inflammation and sensitize nocioceptors, thus heightening sensitivity to pain (16).

By blunting the synthesis of prostanoids, NSAIDs can conceivably reduce perceived discomfort post-exercise, allowing you to train hard and heavy day-in-day-out. And that should lead to better gains in size and strength, right?

The acute post-exercise inflammatory process seems to play a role in muscular adaptations to resistance training. Prostanoids, in particular, have been shown to play a role in anabolic signaling. Specifically, they're involved in stimulating pathways responsible for carrying out muscle protein synthesis (13, 18).

Considering that NSAIDs interfere with prostanoid production, it stands to reason that these drugs may also have a negative effect on muscle development. Indeed, early research showed this to be the case.

Research carried out on rodents has consistently shown that NSAIDs impair protein metabolism (13, 18, 21) and reduce muscle development in response to muscular overload (3, 12).

Detrimental effects on muscle adaptations have been found with the use of both selective and non-selective NSAIDs, amounting to as much as a 50% decrease in hypertrophy (19). In other words, muscle growth was cut in half following regular NSAID administration! 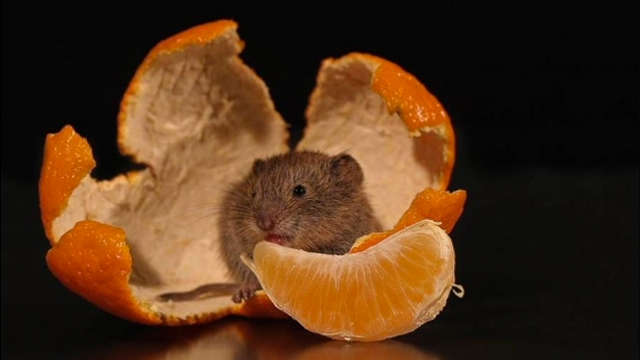 The studies on rats and mice seem highly convincing. But what about humans? Well, an initial human trial appeared to confirm these results.

A research team headed by Dr. Todd Trappe back in 2002 found that non-selective NSAIDs taken after a bout of supramaximal eccentric exercise blunted protein synthesis by 50% to 75%. This seemed to be the final nail in the NSAID coffin; all evidence pointed to the drugs impairing muscle development.

If these findings aren't confusing enough, consider that several recent studies have investigated the long-term effects of NSAID administration on muscle growth in humans. None of these studies found a negative effect on muscle hypertrophy (8, 14, 20).

In fact, one of them showed that NSAIDs actually increased muscle hypertrophy by approximately 50% (20). You heard right, the group popping painkillers doubled their muscular gains!

Making Sense of the Contradictions

Given the research, it would seem that NSAIDs are highly catabolic in small rodents but not so much in humans. You might even surmise that regular use could potentially have an ergogenic effect. Seems logical given the findings, right?

Not so fast. A number of factors need to be considered before drawing relevant conclusions on the topic.

First, while the studies on protein synthesis are interesting to ponder, they must be viewed in context. Acute studies on anabolic processes in humans don't necessarily correlate with long-term hypertrophy.

Just because protein synthesis or signaling factors are elevated post-workout doesn't mean they'll translate into greater gains in muscle mass over a period of weeks and months (1).

Another potential issue with the current body of research is that all studies to date have been carried out on untrained subjects. You don't have to be a rocket scientist to realize that adaptations differ between someone without training experience and a guy who pumps iron on a regular basis. Would results have been different in a group of serious lifters? Quite possibly.

Furthermore, two of the three studies that investigated hypertrophy involved elderly subjects. In fact, the subjects in the study that found major hypertrophic benefits from the use of NSAIDs were between 60-85 years of age.

Of issue here is that elderly individuals, especially those who don't exercise on a regular basis, are prone to low-grade inflammation. As opposed to the acute post-exercise inflammatory process, chronic inflammation wreaks havoc on muscular development, impairing anabolism, and accelerating muscle protein breakdown (17).

If you're serious about lifting, the biggest dilemma with NSAID use might be their potential negative affect on satellite cells.

In simple terms, satellite cells are muscle stem cells that reside adjacent to muscle fibers. These non-specialized cells remain dormant until they're needed for muscle repair and regeneration, as is the case following resistance training.

One of the most important roles of satellite cells is their ability to increase the number of nuclei in muscle, which are responsible for producing the proteins needed for muscle growth.

During normal daily activities, the amount of nuclei in the muscles is sufficient to carry out remodeling of muscle tissue. Not so when you engage in intense resistance exercise.

Heavy training substantially increases requirements for protein synthesis. This is where satellite cells come into play. Muscular contractions activate satellite cells, which then proliferate (multiply in number), differentiate (become more specialized), and then fuse to working muscle fibers, where they donate their nuclei so that muscles can produce more protein to support continued growth.

Current theory suggests that without a ready and consistent supply of satellite cells, muscle hypertrophy ultimately comes crashing to a halt (1).

What does all this have to do with NSAIDs?

Well, recall that NSAIDs exert their effects by blocking the synthesis of various prostanoids. It just so happens that prostanoids are known to stimulate satellite cell proliferation, differentiation, and fusion (2).

And (drum roll please) studies in both animals and humans have repeatedly found significant decreases in satellite cell activity when NSAIDs were administered in response to muscle damage (2, 3, 9, 10).

This raises the possibility that while NSAIDs may not impair hypertrophy in the short-term, they quite possibly could be detrimental to long-term muscle growth. 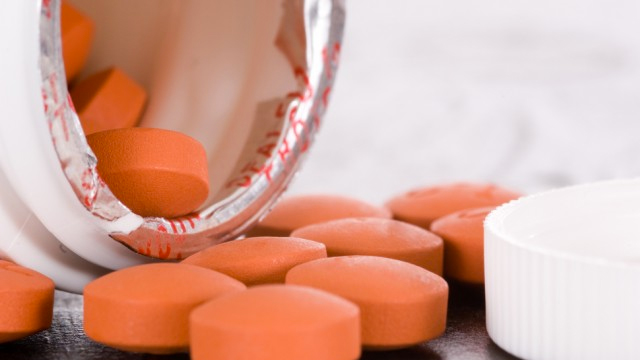 The Bottom Line on NSAID Use

Based on current evidence, it seems clear that popping an occasional NSAID isn't going to derail your training efforts. As far as chronic NSAID use is concerned, on the other hand, it's too early to draw any firm conclusions.

Studies to date are limited and more research is needed, particularly in well-trained lifters, to understand how these drugs affect muscle hypertrophy over the long-term. For further reading, you can check out my recent review on the topic in the journal, Sports Medicine.

In the meantime, it seems prudent to avoid regular use of NSAIDs as a means to counteract muscle pain and/or enhance performance. Other than an isolated study showing positive effects in the elderly, the impact of NSAIDs on muscular adaptations is at best neutral.

Furthermore, the data on satellite cells suggest that NSAIDs could be deleterious to long-term muscle gains. This is particularly worrisome for those with considerable training experience, as an inability to increase nuclei may be a limiting factor in maximizing muscle development.

And then there are the side effects. Persistent NSAID use is associated with gastric distress in a large segment of the population. Other more potentially dangerous consequences, although less common, include bleeding ulcers, cardiovascular complications, and even liver and kidney failure. Not a great risk/reward ratio, to say the least.

Interestingly, a safer alternative to NSAIDs would be curcumin, which has generally been shown to be free from side-effects and has similar mechanisms of action to relieve discomfort. If you need that boost to push through the soreness, this would be a better way to go.

A final note – it remains questionable whether NSAIDs actually help to reduce perceived pain and facilitate recovery of muscle function. The majority of studies seem to indicate that their use has no greater therapeutic effects than placebo (7).

When all's said and done, it may well be that the primary pain-relieving benefit of the drugs are largely psychological. If that's indeed the case, in light of all the possible negatives, are NSAID's even worth the risk?

Overhead pressing is great but it’s not for everyone. You need to be qualified to press. Find out if you are here.
Overhead Press, Training
Mike Robertson August 18

Got a chest like a 10-year old boy even though you lift weights? Here are six things even some experienced lifters are missing.
Bodybuilding, Chest, Training
Eric Bach November 3

Sooner or later, gains slow down. But they don't have to. Here's how to keep getting stronger, bigger, and better looking.
Bodybuilding, Training
Andrew Heming September 12