Despite the name, complexes – a series of exercises performed in succession with a single implement – shouldn’t be complex. To put together an effective complex that builds muscle and slashes body fat, you just need to follow a few simple guidelines.

Why Should You Use Complexes?

That’s not free reign to be reckless, and many dudes run into problems by being knuckleheads in the name of being “hardcore.” However, complexes are a good way to push your limits in a relatively safe way, provided you do them correctly. 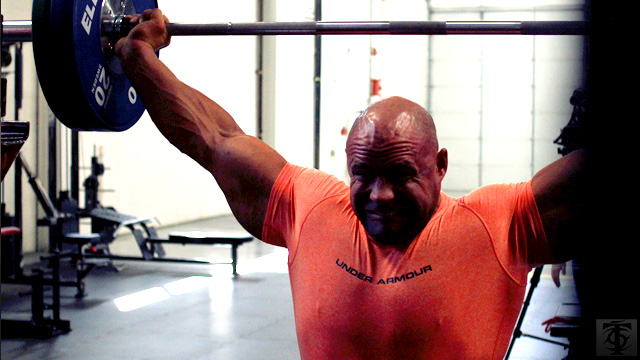 I say “principles” rather than rules because one of the beauties of complexes is that they offer a lot of freedom and leeway to construct them according to your personal preferences and goals.

I hate seeing people use poor form in the name of trying to be more “metabolic.”

No matter what program you’re following or what your goal is, good form still matters. Just because the weights are lighter and you’re trying to burn fat and improve your conditioning doesn’t mean you should lift like a spaz.

Use a full range of motion and always make sure you’re in control of the weight and not just flinging it around – quality over quantity.

With some programs, the workout and the load remain consistent and the goal is to complete the workout faster, with a better time indicating improvement.

To me, that’s a misguided way to gauge progress because all it tells me is that you used shittier form and rushed through it. So while you may think you’re getting better, you’re really just shortchanging yourself and needlessly risking injury.

Instead, aim to increase the load you use for the complex while still maintaining good form. In most cases – not just complexes – adding weight to the bar is the best form of progress.

You could also do things like add more rounds or decrease the rest period between rounds, but don’t rush the complexes themselves. 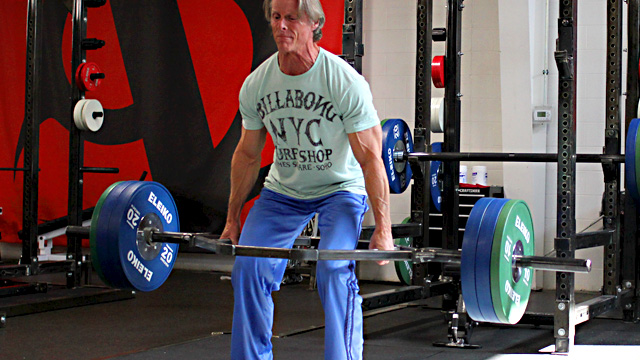 3 – Complexes should either have a full body focus or a lower body focus.

Upper body complexes sound good in theory but don’t work very well in practice. The upper body doesn’t have the same endurance capacity as the legs, meaning you can’t challenge yourself nearly to the same degree without dropping the weights to almost pitiful levels.

Alternatively, lower body complexes work well as a way to blast the legs while also jacking up the metabolism. The downside to them is that you might also jack up your lunch. Consider yourself warned.

4 – If you’re using Olympic lifts, put them first in the complex and do no more than five reps.

Olympic lifts can work well in a complex and are a great way to work on technique with lighter loads. However, doing them in a fatigued state late in a complex or doing them for higher reps is a bad idea due to the technical nature of the exercises.

5 – Put the hardest exercises early in the complex.

“Hardest” refers to technically demanding lifts such as the Olympic lifts, along with exercises that require using lighter loads. Do those while you’re still fresh.

This gives the upper body a chance to rest (at least to some extent) while you do your lower body exercise, and vice versa, which in turn allows you to extend the complex without fizzling out. 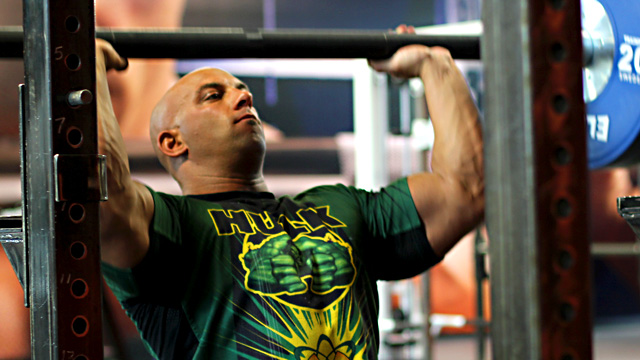 7 – Try to order the exercises in a way that flows.

Nothing kills your complex mojo like an awkward transition between exercises. Instead, try to structure the complex such that one exercise flows seamlessly into the next so you can maintain a good rhythm.

An example of an awkward transition would be a barbell row into a back squat – you have to clean the weight and put it over your head before you can start squatting.

Examples of better transitions might be a push press into a back squat, a front squat into a military press, or a barbell row into a deadlift because they don’t require extra steps to get into position.

8 – Avoid choosing exercises that require a significant reduction in weight as compared to the other exercises.

The load you use for a complex is going to be limited by the weakest exercise, so try to avoid picking exercises that require drastic weight drops so you don’t shortchange the whole complex.

For example, rather than a military press, you may be better off with a push press. Similarly, you might be better off using a power curl instead of strict biceps curl, or a high pull instead of an upright row.

This point applies more so to upper body exercises as these tend to be the weakest links.

Grip often becomes the limiting factor in how much weight you can use in a complex because the weight never leaves your hands. So whenever possible, give your grip a little reprieve by interspersing exercises that allow you to rest the weight on your shoulders – such as squats, front squats, and lunges – in between more grip-intensive exercises.

10 – Combo exercises can be great.

I’m typically not a fan of combo exercises (i.e. squat to press) for strength work, but they tend to work very well in complexes where strength isn’t the primary goal.

Abiding by these principles, here are four sample complexes for you to try. That is, if you’re up for it. Wussies need not apply.

Here, Eirinn Dougherty does 5 hang cleans, 10 reverse lunges with a front squat grip (5 per leg), 10 push presses, 10 squats, 10 high pulls, and 10 Romanian deadlifts (RDLs) all in succession without putting the bar down.

Eirinn makes it look easy, but trust me, it’s anything but. Get the puke bucket ready.

Holding the thick part of the barbell really challenges your grip strength, but because the complex is composed primarily of unilateral exercises, one arm rests while the other works, allowing you to extend the set.

Here’s a complex I like using the trap bar or Dead-Squat™ Bar that absolutely fries the legs: 10 split squats (5 per leg), 10 RDLs, and 10 low handle trap bar deadlifts.

For the final leg of the trap bar deadlifts, focus on getting your hips low and almost try to squat the weight up to keep the stress on the quads for a total leg blitz when combined with the RDLs.

This one’s a real doozy so you’ll want to wear your big boy panties. Ten reverse lunges with a front squat grip, 10 front squats, and 10 squats, done as one continuous set.

Kevin knocks that sucker out with 225 pounds on the bar, which is no joke:

Put It To Work

Now that you have the guidelines to put together your own complex and even have a few to try, it’s all on you now to put in the work.