There’s a classic technique in hypertrophy training that’s very effective for muscle growth. It involves rapid partial movements done at the end of a set to extend the time under tension and induce greater metabolic stress as a stimulus for muscle growth. From old-time champions like Larry Scott and Arnold Schwarzenegger to new-age stars like Ronnie Coleman and Jay Cutler, professional bodybuilders have long used this method in one form or another to pack on muscle. So why aren’t you using it?

Back in the day, these quick, partial cramping reps performed at the end of a set were called “burns,” and for obvious reason. We’ve all done this with calf training and it burns like hell. But have you tried it with bench presses, pull-ups, squats, or even wrist curls? In The Education of a Bodybuilder, Schwarzenegger said:

“The forearm, like the calf, is a hard muscle to reach. Do as many full reps as you can, then continue with partial reps until your forearm is tight and burning. Don’t worry about pain; it means growth… Take a weight you can handle for about 15 full reps. Then push yourself with some partial reps, even if you are able to move the bar only an inch. Do five sets of 15 repetitions and include a few burns at the end of each set.” 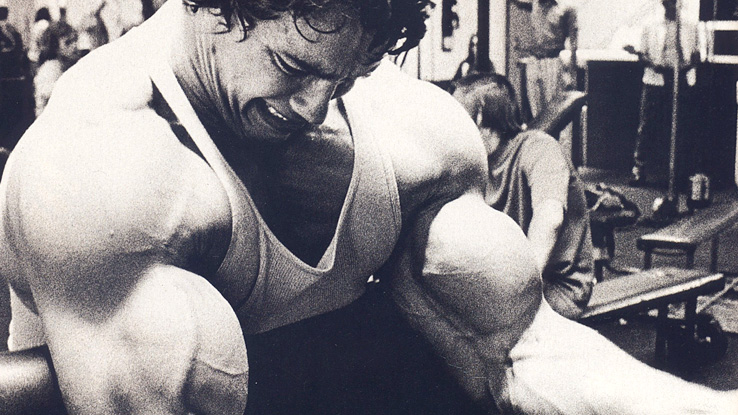 The fact is, burns can be done on just about any exercise. In Encyclopedia of Modern Bodybuilding, Schwarzenegger expands on this concept:

“Continuing to do partial reps when you are too tired to complete full range-of-motion repetitions is a shock method I have always used for almost any muscle in the body, and it is a particular favorite of Dorian Yates. Dorian has done a lot of training where he forced his muscles past the point of momentary failure to almost total exhaustion, using techniques like forced reps and partial reps. Partial reps are most effective at the end of a set, when you are almost exhausted. For example, if you were doing preacher curls, you would have your workout partner help you lift the weight and then you would lower it a few degrees and then lift it as much as possible, even if only a few inches; then lower it some more and do some partial reps from that position, repeating this on the way down until your muscles are burning and exhausted.”

Why are burns effective for muscle growth? As stated in the book, Reps!, “Burns enable the trainer to continue an exercise when another rep cannot be performed. They keep the blood in the area a few seconds longer. More fibers are recruited and fired off. More growth is stimulated.” Steve Holman and Jonathan Lawson of Iron Man Magazine have coined these short, rapid bursts or pulses as “X” reps. They advocate conducting these extra partial reps near the bottom of a movement at the semi-stretch position, and only on the last set of any big exercise like presses or squats.

The longer tension time can trigger more growth by creating occlusion, or blocked blood flow, which triggers a full-blown pump as well as a number of key anabolic responses such as activating more muscle fibers and producing more anabolic hormones. This is the precise stress that promotes a tremendous increase in the size of a muscle cell and possibly in the number of muscle cells (research ties stretch-position overload to hyperplasia, or muscle-fiber splitting).

Larry Scott, one of the first champions to extensively use burns, would perform 6 full reps of preacher curls to failure with a heavy barbell and then immediately do 6 partial reps in the bottom position before finishing his set. Another option for burns is to do them near the peak-contracted position. Swedish bodybuilding sensation and internet meme star Andreas Cahling, who looks more jacked today at the age of 61 then most guys a third of his age, used this variation of burns quite effectively during his competitive years on movements such as leg extensions, leg curls, rows, chins, and pulldowns. 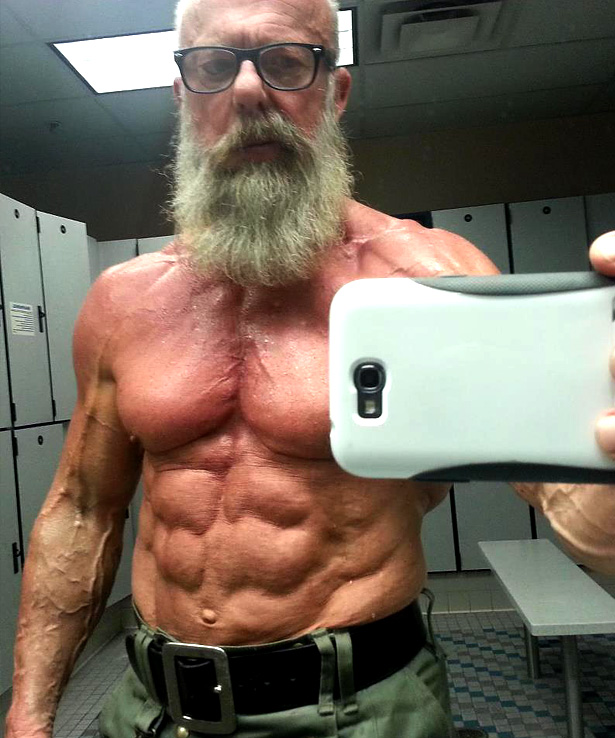 Cahling revealed how well this method worked for him:

“To give you an idea of how much benefit I received from incorporating burns into my routines as a means of pushing selected sets past failure, consider my progress during the year leading up to my Mr. International victory. A year before, I was not yet doing burns, and had cut out at 185 pounds. In none of the previous 3-4 years had I gained more than 3-4 pounds of solid new muscle mass. But after eight months of doing burns, I was up to 196 super-hard pounds of dense muscle mass and won my biggest title!”

Less Than 6 and You’re a Wimp

Try burns in your next workout. Do them at the end of every last set of an exercise to fully exhaust the muscles involved. Do them in the bottom range, in the top range, at your sticking point, or simply in mid-range. I doesn’t really matter where you do them as long you prolong the time under tension until there’s nothing left in the tank.

Typically, these end-of-set partials are only about 2-3 inches in range and should be done for 6-10 reps – less than 6 and you’re a wimp, and more than 10 means that you should have been able to perform one more full-range repetition before burning out!

Deadlifts are one exception where burns may not be appropriate, but you can use them on squats – just make sure to set the safety supports appropriately.