I dislike doing more than five reps per set. It’s just how I’m wired. I can go really hard, but my muscles just seem to tank as the reps get high. And if I try to save energy by not going all out on the early reps, I wind up taking myself out of the zone mentally. Basically, I’m doomed to perform low reps forever!

That’s okay, though, because smart lifters understand that sets of less than five reps build strength. After all, that’s what powerlifters, Olympic lifters, and strongman competitors do. But is it possible to use very low reps to optimally build muscle mass? Specifically, is it possible to build a lot of muscle mass doing only sets of 1 rep?

In the past I would’ve said yes. My explanation would be that if you do a very high number of heavy singles (15-20 singles with 92%+), you’d reach the volume required to stimulate growth.

The problem is that while this will build muscle mass, it can also wreak havoc on both the nervous system and the joints. So today, my answer to the question would still be yes, but I’d use a much different approach.

Any one of these three will build muscle all by itself, but for optimal results you need to combine some heavy lifting, sufficient volume, and a high density of work.

The heavy work increases the recruitment of the growth-prone fast-twitch fibers. The volume provides the mechanical stimulus necessary to initiate the cell signaling responsible for the growth process. Finally, the density of work will provide maximum fiber fatigue/stimulation while also leading to an optimally anabolic hormonal milieu.

It brings up this question: Can you employ all three factors using only singles? Not at the same time, but in the same workout?

With single-rep training, it’s easy to achieve the “heavy” factor. After all, singles are closely associated with Max Effort loading. With volume, however, the answer is sketchier. If the volume is done at the same time as the heavy loading (e.g., doing 20 singles with 92% or more), you’ll run into problems fairly quickly, so that’s not the answer.

The key to getting the most out of volume work with singles is to use density work. Going for a high “density” of heavy (but not maximal) singles on a big lift will let you get the required volume in, while still attaining the muscle fiber fatigue required to maximize growth – all without the neural and joint health drawbacks.

To make this work, you need to divide the training of your main lift into two segments: the heavy segment and the volume/density segment. 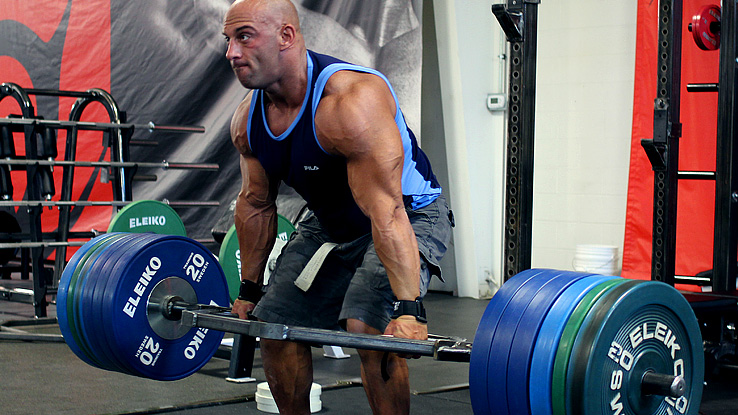 For the heavy segment, first ramp up to a training 1RM (the maximum amount of weight you can lift on that day with solid form). You want to reach your maximum in about 8-10 sets. Start at 60% and gradually work your way up in 1-rep sets. (You may perform more than 1 rep for the first two sets to help get warmed-up.)

Clearly the amount you rest between reps is a significant factor in either version, so while you must re-rack the barbell and reset with every single rep, you should try to rest as little as possible. 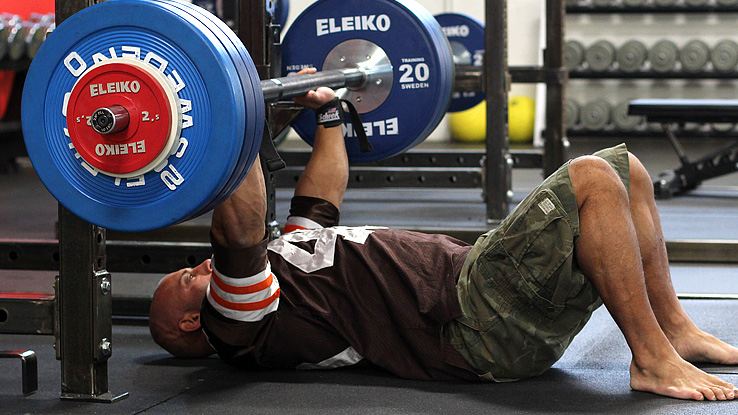 Here are some options on how to do the volume/density portion of the workout, in order of difficulty:

Of course there are countless other possibilities but these ten are the right mix of volume, load, and density. More volume will not lead to greater results.

This density segment elicits a sense of urgency that will increase your focus. And since you reset on every repetition, you’ll have the opportunity to dial in your technique so each rep can be as close to perfection as possible. This will better load the muscles, thereby making the workout safer and more productive.

Just to make sure you’ve got it, you’re first going to do the heavy segment and ramp up to doing a series of heavy singles, as described above. Then you’re going to move on to the volume/density portion of the workout by doing, for example, as many singles as possible with 85% of your 1RM in 7 minutes.