When lifters hit a plateau, they usually look for a completely new routine. Sometimes that's needed if they've milked every ounce of gains from their current training program.

But most of the time, they've simply adapted to the type of stimulus they're using. They need to "disrupt" their physique and give it a reason to do some remodeling. And they don't need to throw out their entire program to improve the stimulus. They just need to increase tension and the demands they're placing on the body.

Let's talk about how you can do this now, within your current training program and without doing any new exercises or adding sets and reps.

Manipulating tempo just means slowing down or speeding up the rep to change the intent or stimulus of the set you're performing.

For simplicity's sake, let's talk about changing the tempo on the eccentric (lowering) phase because it has a higher degree of force production than the concentric (lifting) phase, but a lower degree of energy cost.

If you haven't been using slow, controlled eccentrics or negatives in your training then prepare to be humbled. You will most definitely have to decrease the weights you're using now. And that's the big issue with a lot of guys when it comes to changing their tempo: their egos stand in the way.

Going significantly slower on the eccentric will force you to lift less at first. But fear not, ego-lifter. Within a few weeks you'll adapt to this and be back to using your usual loading. And don't be surprised if you end up being able to lift even more weight.

Now step back and think about that for a minute. You initially take a hit on the loading and reps, but as you adapt to the new stimulus, you get back to that level. And it's quite possible you'll surpass it.

That means you'll be using your current loading for more time under tension than you previously were, and you never had to increase volume with added sets or reps. That's efficient training. And it'll trigger new muscle growth if you can stick to this protocol for enough weeks for adaptation to take place.

There are a few ways you can go about this. One is to simply lower the weights slower than what you're doing now. Or, you can count the eccentric/lowering portion of the rep.

You can also periodize slower eccentrics over the course of a training cycle to change the stimulus as you hit plateaus. This works very well if you're diligent about it. Here's an example:

Any of these phases can be stretched out if the performance gains are still coming. Don't fix what isn't broken. If you're using your natural rep cadence and seeing your performance increase, wait until you go two to three workouts without any changes, then make the stimulus change using the three-second eccentric.

The gains should kick in at that point. Ride that out until they cease and move to a five-second cadence.

An iso-hold is just a pause, and you can pause for a long time or a short time, so don't let the terminology confuse you. This is another beauty that works amazingly well for increasing the stimulus of a set.

Let's focus on pausing in the shortened (contracted) position of a movement. With this method, we're focusing on holding this position for a specific period of time that has an ascending resistance curve. Usually I recommend holding for 1-3 seconds per rep.

This would apply to movements like shrugs, spider curls, pec-deck flyes, lateral raises, leg extensions, seated and standing leg curls... you get the picture. Anything that has an ascending resistance curve in conjunction with an exercise that's training the muscle in the shortened position.

Iso-holds in the lengthened position would be what you'd do when you're at the bottom of a goblet squat, leg press, etc., and they'll also increase force production and muscle growth than when compared with equal volumes of shorter muscle length training (1).

"So didn't you just say to use the shortened positions to increase stimulus? Which one is it?"

It's both. You can use either of these methods depending on the exercise you're doing, and what it is that you're trying to get out of the workout.

For example, someone who has shitty biceps will probably benefit more from training the biceps more often and using a lot of movements where the biceps are trained in the shortened position with contracted iso-holds. In that regard, using the isometric hold in said shortened positions is a great way to increase neural pathways so that a better mind-muscle connection is created.

After weeks or even months of using this type of stimulus to create better contractions with the biceps, a lifter could throw in an incline dumbbell curl or a face-away cable curl to train the biceps in the lengthened position. He or she could then throw in some iso-holds at various points in the lowering position to create more stimulus for biceps growth.

Another example of this could be someone who has spent months getting really strong on the leg press with glute emphasis, and then adds a pause at the bottom to each rep (a lengthened iso-hold). This would create more force production and stimulus without them having to do more sets or reps. Good stuff.

It only takes one round of these for complete glute annihilation if you do it right.

When you can flatten out the resistance curve so that the torque isn't peaking as much during different areas within the range of motion, you'll see an increase in motor unit activation and reduce the amount of force production that falls off during those areas in the ROM.

The last thing I want to see in the gym is some asparagus-armed noob lifter with a 115 pound max bench throwing bands and chains on the bar.

With that out of the way, let's talk about what, and what not, to use accommodating resistance with.

Banded leg press is a great way to increase the amount of resistance across the entire ROM. For this, you'll probably need to use some serious band tension or multiple bands. The good thing about doing this is that if you're a real brute, it'll cut down on the number of plates you need to stack.

Chains or bands with dips are a great option to increase resistance in the strongest part of the movement (the top), which is what a good resistance profile should look like. For these you'll want the majority of chains coming off the floor as you're trying to finish the last third of the rep. If you're using a band (around the back of your neck or attached to the belt if you're a sissy) then the band will take care of that.

A band is more convenient than the chains, but both of these do a good job overloading the triceps and pecs.

Grab one end of the band in each hand, then grab the dumbbell and do some seated presses. A word of caution: If you haven't tried these, getting the dumbbells into position with the bands is tricky at first. So use a lighter band. This version will create some resistance at the top portion of the range of motion that "falls off" when just using the dumbbells alone.

Grab one end of a band and a dumbbell and do your preacher curls this way to flatten out the resistance curve so that it's more constant across the range of motion.

There are a number of ways to do banded hack squats to increase or change the resistance profile. Most hack squat machines have a descending resistance curve and are overloaded quite heavily in the bottom. If you're lucky and have access to one that doesn't do this, then thank your lucky stars (these are usually built so that the apparatus is close to parallel with the floor).

If you're not so lucky, then you can reverse-band the hack. That way you're deloading the bottom position so the greatest amount of resistance is going to be in the mid-range of the rep.

You can also add bands so that as you ascend out of the bottom, the resistance increases. This would give you some nice overload at the bottom and various amounts of it at mid-range and the top as well.

You can get even fancier than this too and actually double band it so that you're unloading it a bit at the bottom and then getting a fairly even resistance curve across the entire ROM during the concentric. As complicated as that setup sounds, it's probably the best way to do hacks and get an ideal resistance profile with them.

What Not To Do

Don't add bands or chains to these:

Rowing or pulling for back

I see people adding bands to rows and pulldowns and I scratch my head. You just made a really bad resistance profile even worse.

With rowing or pulling you're in the strongest position in the lengthened position, and weakest in the shortened position when your shoulders are adducted or in extension, and the elbows are in flexion.

Again, you're going to have a descending strength curve with an ascending resistance curve. Adding bands here causes the same issue it does with back movements. It makes something like a dumbbell lateral raise an even shittier movement in terms of the resistance profile.

Currently there's a lot of "evidence based" fan boys running around telling people that you never have to train to failure and will get all the stimulus you ever need. Meaning, you leave reps in the tank.

The science on that assertion is quite murky. There's data that says it's true, and there's data saying that training to failure causes more muscle growth than avoiding it.

Knowing that, you could cycle through some intensity techniques every few weeks to motor right past some pesky roadblocks.

Let's look at an example of how that can be done. For the first few weeks of a training phase, leave 1-2 reps in reserve until you get to where you can't progress and do more reps without going to failure. At that point, you train to failure using straight sets for a few weeks until progress halts for a few workouts.

Now you throw in a couple of drop sets for a few weeks to accumulate more volume and more effective reps performed with the workout, i.e. you increase stimulus. After you plateau there, you can change to a type of cluster protocol, like double rest/pause.

On paper it could look this:

There are a lot of options to explore without ever changing an entire routine or throwing movements out that have been working well for you up until this point.

You could probably even plan out five years worth of training, using movements that fit your structure that you can execute well, and simply cycle through new ways to increase the stimulus.

Do you turn sideways and disappear? Then you need to work on back thickness. Pull-ups alone won't do it either. Try these exercises.
Back, Bodybuilding, Training
Lee Boyce April 11

Everthing you need to know about effective shoulder training. Check out this guide.
Bodybuilding, Shoulders, Training
Christian Thibaudeau May 21

Good core exercise, if you do it right. Here's how most people get it wrong.
Abs, Tips, Training
Nick Tumminello September 6 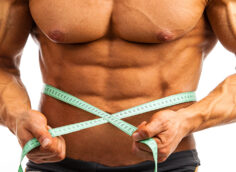