T Nation: My new gym has a bunch of heavy chains and rubber bands to play with. I'm new to all this type of gear and just wanted to know your opinion. And how should I use it?

First, you need to find a strong girl and figure out a safe word that doesn't sound like "OWWW!"

But if you want to use them in a strength-training program, it's actually quite easy in regards to the main lifts.

First, I assume that every lifter has each set and rep planned in his training (and based on a percentage of that lift). If not, do it. If you don't want to, then I can't help you.

Second, realize that the lifts done with chains and/or bands are DIFFERENT lifts than the original. For example, a bench press with bands is different than a bench press. So, treat the new bench variation the same as you would a squat — with different numbers.

Third, find your max for that given lift with the bands or chains.

Fourth, use the new max to determine the new weights.

Fifth, make sure you are using the same set up with each exercise — don't set up the chains or bands differently each time. Be consistent!

Sixth, be careful using the bands for anything else. It's best to have bands set aside for main lifts and then some for assistance lifts. The versions for the assistance lifts (chins, triceps pushdowns, stretching) should be older bands that have served their time around the sleeve of a barbell.

Remember, using chains and bands is not only for dynamic work. It can be used for just about anything. Just remember what I mentioned about the strength curve and raw lifting in my book 5/3/1: The Simplest and Most Effective Training System to Increase Raw Strength. — that is key. 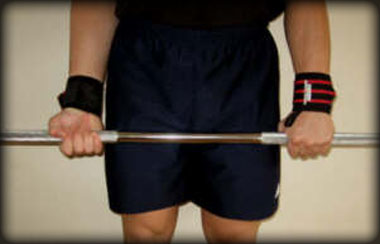 This is a simple black & white issue with me. If you're so worried about tearing a biceps that you don't want to do a mixed grip deadlift, you clearly don't want to lift big weight, and therefore you're in the wrong hobby. You probably also own a lot of ties and drink wine- so you and I likely wouldn't get along, either.

Now if you have grip problems, I highly recommend doing a double overhand grip for your warm up sets or your Boring-But-Big down-sets. But seriously, debating about a mixed grip? What the fuck has this world come to?

T Nation: What do you think of the various pre-workout tools lifters use? Surge Workout Fuel? Smelling salts? Ephedra sandwiches?

Stimulants work, but I never tolerated them very well — some people can. I'd still save them for big training sessions or meets.

There's a lot of talk about pre-workout nutrition like that Surge Workout Fuel around here and guys seem to be experiencing some very positive effects. I'll admit that I know very little about nutrition or supplements. I barely have a basic hold on training and programming and until I master that, I can only speculate on these things. I hope to one day be able to be good at both like so many seem to be.

T Nation: Hey Jim, I've been following 5/3/1 for a few months now. For the most part I like it, except I always seem to hit a wall in my bench press. I'm frustrated because I do everything right, but my max hasn't budged. WTF?

The first thing I'll tell you to do is to relax and take a step back. How are your other lifts doing? If your other lifts were going well, then I wouldn't worry too much about it. 75% of your training is kicking ass; don't get too caught up in one lift. Everything goes in phases. When my pull is doing well, my press might be suffering.

But since you sound like you're ready to start crying all over your mom's keyboard, here are some simple tips:

Back off your training max. I've realized that some lifts need to be reset way more than others, even if I can get the requisite reps + a lot more. My deadlift is one of them. Higher reps make my deadlift go up, so I don't need to train much heavier than 600lbs to pull over 700.

Make a commitment to getting strong shoulders. In other words, treat your standing press the same as you would any other major lift.

Back off or increase assistance work for your upper body — just make a change there.

Do some curls (yes, curls) if you've never done them before. This is a little secret that few people know about. Use a straight bar. Do 5 sets of 10 reps, once a week.

Last but not least, you're probably too small. Gain weight. Stop typing. Eat. 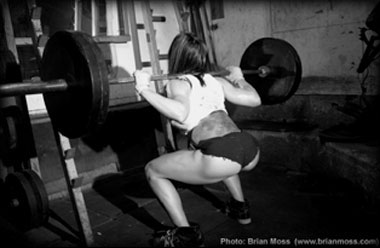 I knew when I addressed the deadlift last month that this question was coming, so I've prepared accordingly.

You have to squat. And do lots of squats.

Are you squatting? Fuck you if you lied to me in the first question.

Strengthen your hamstrings with glute ham raises or something similar (please don't ask).

Best for lower back? Good mornings or back raises to build the low back, and also hamstrings and glutes.

For Quads? Lunges or leg presses.

You should be doing all this stuff anyway — and if you aren't, why not? Did you hop on the latest bandwagon? Did weighted sit-ups and good mornings suddenly become non-awesome?

T Nation: I was thinking about getting my wife started on 5/3/1. Are there any changes or alterations that need to be made for women?

In general, women should train the same as men. I'm not sure how the "women need special shit" myth got started — maybe because guys have "outies" and girls have "innies"? Or maybe because it doubles the number of programs coaches can sell? That said, coaching women might be different, but everyone is different to coach, regardless of gender.

The only thing that you really have to be cognizant of is that women tend to do more reps at the same given percentage of their max as men. For example, let's say a guy can do three reps at 90% of his max; a girl might be able to get six reps. That's just an example, but hopefully you get the point. I would also highly recommend smaller increments between lifts — use 2.5 pound and 5 pound jumps.

Now if they're just starting out or have an apparent weakness in a big lift (standing press is usually the most obvious) then you will have to treat these lifts a little differently until they get their feet wet. I'm actually working on a beginner 5/3/1 program for a new book I'm putting together on programming.

In conclusion, women should squat and bench and deadlift and press just like those with the hang low.

T Nation: I've been reading a lot about the Reverse Hyper. Is my gym a bust if it doesn't have one? 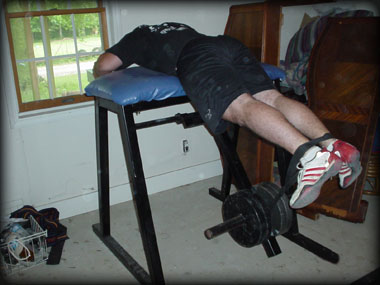 What? I thought the Reverse Hyper also cured cancer and erectile dysfunction!

The importance of assistance work is almost always overstated. It's important but it seems like it's all that people care about. It makes up 90% of their training time, 95% of their thoughts and 100% of their log posts. That's not good.

I explain why assistance work is important in my book and it's pretty simple. Reverse Hypers have been kind to me — I don't know if I gained huge increases in my squat and deadlift but my back was never hurt and always felt good. So maybe for me this exercise worked more as an injury prevention movement? There's nothing wrong with that either because you can't train if your back is fucked.

One of the best things about the R.H. is that it allows you to train your lower back and hamstrings without a bar in your hands or on your back — very little stress to your body. The same can be said with glute ham raises and belt squats. These exercises would be staples in my weight room if I was a football coach and needed a great in-season workout for older guys.

For sets and reps — I like using a higher volume on this so 3-5 sets of 15-30 reps. My back would be burning and cramping from this but for me it always seemed to work better than lower reps. I did this once or twice a week as my 2nd or 3rd exercise for the day.

T Nation: I've heard a lot about the merits of instinctive training and how this is the best way to train. Does this hold water or just another way to get out of doing planned workouts?

In theory, I think it does hold water. But in practice, for most people it's probably counterproductive. Now this doesn't mean you can't adjust your training day to day a little bit — to account for feeling better (going for more reps on a final set) or feeling worse (just doing the required workout and leaving). But to rely entirely on your instinct requires two things:

A person that is smart enough to assess his or her own training and monitor their body.

A person that is strong enough to bypass most traditional training programs that have been proven to work effectively since the dawn of the barbell.

These two things are rarely found in the same person. The smart ones are usually never dumb enough to push the insane limits of their body. They may be strong in their gyms but never really strong in the eyes of the elite (or even the "sort of strong but probably never really been accused of taking anything"). They always kind of swim in the kiddie pool, safe in the piss warm water of mediocrity.

But the super strong ones are never smart enough to stop the insanity. These guys get shit on by the "smart ones" but usually only behind computer monitors because, well, these guys would probably kill them. (If their bodies can hold up long enough to fight.)

So to recommend instinctive training really isn't the best idea. What you need to look at is your training program. A good training program will allow you to progress with the ebbs and flows of your day and how you feel; a poor training program rarely gives you an "out" — you better be on your best game or expect to be highly disappointed. If you're following such a program, either write better programs or find a new mentor.

But here's a closing rant: one thing that no one talks about is how walking into a weight room tired, over-worked, stressed, and fucked up but then succeeding is a true lesson in mind strength. I don't always recommend it, but at certain times of your life you've got to quit being such a slave to your pussiness and step up and see how well you can do under shitty conditions.

People have always been working labor jobs for long hours. There are single mom's working two jobs and still finding time for their kids. There are soldiers that fought for our country that were hungry, tired, thirsty, and with pieces of steel stuck in their bodies, but somehow they were able to pull it together in combat. Why can't you get your shit together for an hour and do a couple sets of squats?

Ten years of lifting will give you knowledge. But Dan John has been lifting for almost 50. That will give you wisdom. Here are his best tips.
Powerlifting & Strength, Training
Dan John August 19