On the other hand, some coaches will say "all you need to do is get stronger" which is oversimplified and vague. That's about as useful as telling a struggling dieter to just eat less.

What Progressive Overload Is and Isn't

To be clear, those aren't always bad practices. They're perfectly fine to use in many situations, but don't mistake them as reliable ways to apply consistent overload.

To do it, you assign a targeted rep range across a number of sets for an exercise. Once you're able to lift the maximum rep target for all sets, you increase weight.

The weight increase shouldn't take you out of the targeted rep range. As long as you account for that, make as aggressive of a weight increase as you can. Too many coaches downplay big load progressions due to injury risk, but the risk is only relevant when one-rep maxes, bad form, or poor programming are involved.

If you can make a jump of 10 pounds instead of 2.5 pounds with good form, why wouldn't you take it? Your body has made the adaptations necessary for you to lift more and not doing so is just leaving stimulus on the table.

Here's what a double progression system may look like with a rep range of 6-12 across 4 sets. 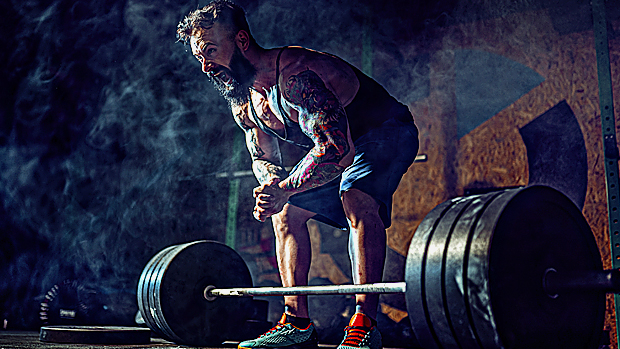 With this method you advance in weight, reps, and also sets. This is the only progression system on the list that increases sets, which can be risky, but warranted at times.

To implement it, you apply everything from double progression in addition to potentially adding sets on any week that you also add weight. You'll need to meet these requirements to determine if you should add sets:

Here's a sample of what triple progression could look like with a rep range of 10-20 across three initial sets: 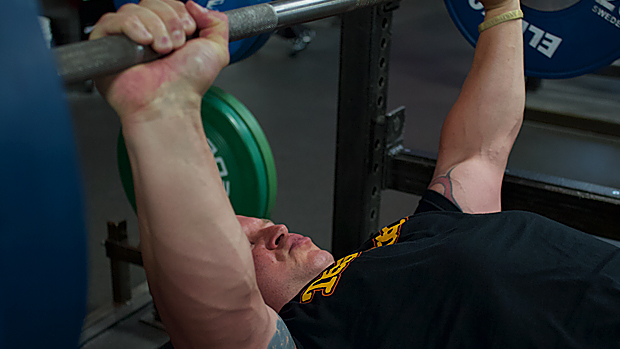 In the first set – a benchmark set – you use the double progression system. The remaining sets are blind sets, meaning you just lift to an assigned proximity to failure without counting reps. That's where the name comes from.

The benchmark set allows for progression. The blind sets allow for additional volume to aid future adaptations while minimizing the chances of under-stimulating or overreaching.

If you're under-recovered because of various life factors, it might require you nearly passing out to squeeze out that 12th rep, so the following blind sets will naturally be much lower in reps to autoregulate. It relieves the pressure to reach a certain range for additional sets when your recovery capacity is compromised for the day.

In contrast, if you're well recovered and a hot girl is watching, you may easily knock out those 12 reps with many more in the tank. With BVT, you don't have to stop at 12 in the subsequent sets. You just keep going until you reach your proximity to failure. This ensures you take advantage of all available reps you can get from training days where performance is higher than expected.

BVT essentially autoregulates the training stress according to your current recovery. The blind sets can also enhance force production because not knowing the rep target ahead of time causes people to push harder with less mental expectations (1). BVT is kind of like the training version of intuitive eating. It's a happy medium between tossing out the logbook and obsessing over every little number in it.

Here's an example of what BVT progression could look like with a rep range of 6-12 across three sets?

I use BVT with advanced lifters who know how to push their sets towards failure. With beginners, you run the risk of them ending their blind sets too early, especially when they still have dozens of reps in the tank. 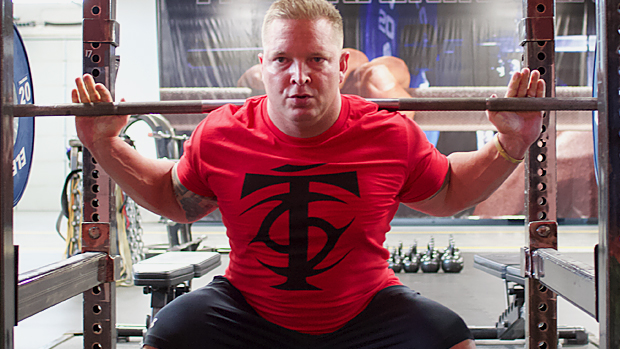 This is simply double progression applied to two different rep ranges that are alternated each week or series of weeks.

This system is reserved for extremely advanced lifters on stubborn lifts. You know, those lifts where you just can't seem to beat the logbook by a single rep? You may even get tempted to cheat your technique just to say you got stronger.

Instead of cheating like a dirty sinner, you should try undulating double progression, a slow, yet sometimes necessary progression system.

Here's an example of what it could look like with rep ranges of 4-8 and 12-20 across three sets.

Keep in mind, the two rep ranges for undulating double progression should be far enough to elicit a different stimulus. A good rule of thumb is to avoid selecting two that overlap. So 6-10 and 8-12 is not a good choice, but 6-10 and 12-20 is a great choice.

What Happens If I Don't Progress?

If one week you don't progress, but match the exact same performance, you're probably good to not make any changes and aim to progress next week as planned.

However, if your performance drops, which will inevitably happen because you're human, you have a few options based on various scenarios.

If your performance drops on the first set (or is predicted to drop on the first set after feeling weak during your warm-up), you should implement a reactive deload by doing very light explosive speed work for low reps on all remaining sets of just that exercise. This will keep muscle activation high while minimizing further fatigue from that movement (2).

If your performance only drops on the last (or later) set of one exercise, you're likely stalled and just slightly under-recovered. No need for any type of deloading, simply try to beat your performance again next week.

If your performance drops on multiple exercises, especially for more than one week, you have overreached and need a full deload where you minimize fatigue for all exercises for roughly a week.

Here's an example of what performance drops could look like using a double progression system with a rep range of 6-12 across 3 sets.

Outside of genetics and drugs, getting jacked is a matter of numbers. Think about it. Who do you think will get bigger legs? The guy who picks random weights and does lunges until his legs burn or the guy who lunges heavy enough and with enough reps to beat his former self. You get the idea.

Ultimately, having optimal progression systems to chase performance records is the key to unlocking muscle growth. With clear systems in place, getting jacked is no longer a question. It's now a path towards an inevitable prize.

Sooner or later, gains slow down. But they don't have to. Here's how to keep getting stronger, bigger, and better looking.
Bodybuilding, Training
Andrew Heming September 12

Use the iron to cut through the chaos of life. Here's the deal.
Motivation, Training
Nate Miyaki August 8 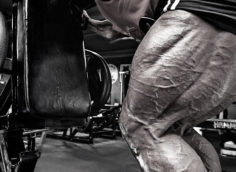