Here's what you need to know about forearm workouts...

Some guys are blessed with the ability to grow impressive forearms simply by gripping heavy barbells and dumbbells. As such, they don't need much direct forearm work at all. However, they're also the genetic minority since most have the opposite problem – decent biceps development but forearms like a ballerina.

The good news is that for even the genetically hapless, the forearms respond very well in terms of both size and strength to hard consistent work with one exercise in particular – the wrist roller.

Forerm Workouts Should Be Designed Anatomy

The forearm extensors are responsible for extending the wrist. We don't do this movement often against a significant resistance in everyday life, but we frequently have to resist wrist flexion, which uses the extensors.

The wrist roller is by far the best exercise for developing forearm size and strength. It is to your forearms what barbell squats are to your legs, if not better. There's simply no better substitute for this exercise for forearm workouts, and if you don't have access to one you can easily make one for around five bucks.

Most start off very humbled by the wrist roller and are lucky to use 10-15 pounds or less, but with consistency and applying gradual overload it's possible to work up to some impressive weights.

Another huge bonus of the wrist roller is that you must grip the roller to prevent it from slipping in the opposite direction, which works the flexors and develops crushing grip strength. From there, you can either work the extensors by rolling it extension style (you'll be able to go heavier with that form) or continue to hammer the flexors by rolling it flexion style.

For programming, I like to first increase the rounds that I complete (starting on the ground and rolling up until the weight clicks is one round) and then increase the weight. Rolling the weight down as well as up is ideal, but you might find it's simply not feasible with certain rollers and heavier loads because it'll rip away your skin on the way down.

Increasing the rounds is ideal because the weight being lifted is quite light. Even a 2-5 pound increase is a large percentage increase and you'll tap out on your potential quite early if you just add weight.

Note: Four sets are performed – two sets flexion style, two sets extension style. I like to alternate them, starting with flexion since it's tougher.

There aren't too many lifters regularly using the wrist roller, nor are there hundreds of YouTube videos dedicated to it. I don't claim to have a perfect standardized way of ranking wrist roller strength but I can give you some rough guidelines.

My first goal with the wrist roller was to complete 45 pounds for 5 rounds. I hadn't seen anyone do this before and I always thought it would be pretty bad ass. To broaden it out, here are my standards using the strict exercise form described earlier:

You can simply incorporate the wrist roller into your regular workouts, or if you prefer you can use the following biceps/forearms specific circuit, which should really light you up. Perform this once a week:

Biceps and forearms circuit for an early-intermediate client:

The four exercises above are performed in a row without stopping; one set each, rest, and repeat. Once you can complete 12 reps, increase the weight.

This popular exercise doesn't actually do much, unless you're a rank beginner. Here's why, plus a better exercise.
Tips, Training
Charles Staley December 13 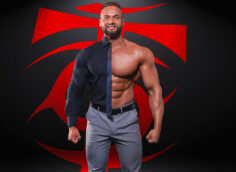 How much muscle can an advanced, natural lifter gain in middle age? Here are the facts, plus how to keep building muscle after 40.
Bodybuilding, Building Muscle
Christian Thibaudeau April 10

In this classic T Nation interview, one of the freakiest, strangest guys in bodybuilding answers some tough questions.
Bodybuilding, Training
Chris Shugart May 30 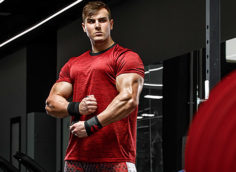 Toss in a couple of these add-ins before, during, or after your workout to accelerate progress.
Training
Charley Gould July 9