As we age, our natural tendency is to do fewer athletic movements. Lifters will often stop sprinting, jumping, and playing altogether. Granted, the risk-versus-reward ratio does change over time, but neglecting athletic-based movements altogether isn't the answer.

One example? Speed and power. They're greatly affected by the use-it-or-lose-it phenomenon. We can only maintain speed and power for short periods of time. They'll disappear first if not maintained with a little training.

Luckily, you don't have to be an elite athlete to train for athleticism. The benefits of training athletically will lead to positive effects in body composition, total-body strength, and overall health and longevity.

Here are the five basic movements EVERYONE should include in their workouts:

Start with throws because they're the easiest to implement. Medicine balls are common in most gyms, but you can also use a light sandbag. Depending on the throw, it can be an upper or lower-body emphasis, but it typically requires total body synchronization.

Throwing is a ballistic action. It requires extremely high speeds, but it puts less stress on the body compared to jumping or sprinting. It also allows you to move in the transverse plane with rotational variations. This is an entire plane of movement that often gets neglected. Throwing things is also fun, and that's another training quality that's often forgotten.

When you're throwing, consider the total volume. You want the workload to be appropriate. You also want your throws to be high-quality, so don't skimp on the rest periods.

You can do anywhere from 6 to 10 sets of 2 to 5 reps. Put the volume between 12 to 30 throws. Remember, you want to use maximum power on these exercises, so take full rest between sets or around 45 to 90 seconds, depending on the number of throws you're doing each time.

Jumping is more physically stressful on the body compared to the throws, but you can easily manage it. Jumping will build lower-body power, but more importantly, it'll begin increasing your ability to accept high levels of force through landing. The forces withstood from the jumping occur during the landing, as opposed to the take-off of the jump itself.

Limit your landing height at first. Box jumps are fantastic for this since you can lower them and create a more tolerable landing.

Since there's a greater risk with high box jumps, use a box that's 70–80% in height compared to the highest one. Just estimate this.

Don't do jumps when fatigued. Performing sets of 5 reps or fewer is an appropriate starting place. Do the jumping exercises like the throws – focus on high-quality reps, not the amount of work done.

Sprinting is the most violent, high force, neurologically demanding movement you could do. Don't rush into it, though, especially following a long period of inactivity. That's a recipe for a hamstring pull. I rarely recommend flat land sprints over 10 yards for those who aren't competing in athletics. The risks aren't worth the rewards.

This will give you the benefits and decrease the likelihood of an injury. I said decrease, not eliminate, though. Use your best judgment, and when uncertain, err on the side of safety.

Hill sprints are a great start. The incline of the hill will force you to use a maximum sprint effort but not allow you to reach maximum velocity due to the mechanics of the hill sprint.

Some other examples that'd have a similar effect would be sprinting with a sled, either by pushing or pulling. The resistance of the sled won't allow you to reach those top speeds where hamstring injuries typically occur. With the sled, there's an added strength benefit depending on the weight.

When beginning to sprint without restriction (hill or sled), ease into shorter sprints – 10 yards or less – and then incorporate build-up sprints. This allows your speed to increase slowly.

Even if you're not into sprinting, just incorporating a few short bursts or sled sprints will lead to remarkable body composition changes.

The volume for sprinting is more difficult to judge. It honestly just depends on the individual, but generally, keep them shorter, like 5 to 20 yards.

Progress just one variable at a time. If one aspect becomes more difficult, then another needs to become less difficult. Trying to increase speed by using less weight on a sled? Cool. Try making the distance shorter. Increasing the distance? Great. Try it either on a hill or with resistance to give you some speed restrictions.

These are a must. You can use them to build strength, increase conditioning and work capacity, and even build muscle. You can do them in several different ways. The possibilities are nearly endless. Here are a few to play with:

Carries can also break up the monotony of training. Instead of doing the standard 3x10, you can do carries using a variety of methods.

For speed, try to complete the distance as quickly as possible. Or focus on maximum strength and use the heaviest weight possible over a set distance.

Most of the time, place carries at the end of a workout as a finisher.

Crawling creates free-flowing, fluid movement. It's something we're designed to do yet don't for some reason. I love lifting weights, but the barbell doesn't allow for free expression of movement.

Crawling will develop stability and mobility throughout the body. It especially helps strengthen the shoulders and trunk. It'll also help develop mobility through the hips because you're forced to stay low to the ground.

The easiest way to program crawling is to set a distance. Do 2 to 3 sets of 10 to 20 yards. Make them harder by doing a more complex crawl. Go from a forward bear crawl to a lateral bear crawl.

Be realistic or risk getting hurt. Slowly progress into these activities, especially the higher-speed, ballistic-like actions like jumping, throwing, and sprinting.

Those are the most important because you perform them at high speeds that can't be replicated in traditional strength training. Even the most explosive barbell lifts don't compare to the speeds and force produced by violent, athletic movements.

These movements also don't need to replace anything in your regular workouts. You can easily do them within the warm-up or early in the workout. And the earlier, the better. Since these are demanding on the central nervous system, you'll need to do them before fatigue sets in.

Quality is the top priority, and just a few sets of each per week goes a long way in helping rebuild or maintain athleticism. Adding these movement categories to any workout program will positively affect strength, body composition, mobility, and a better quality of life.

Proceed with some caution, and you'll begin regaining the speed and power that have degraded over the years.

Jim Wendler returns to talk assistance exercises, peaking for meets, and why losing your lunch sprinting up a hill is a good thing.
Powerlifting & Strength, Training
Jim Wendler April 26 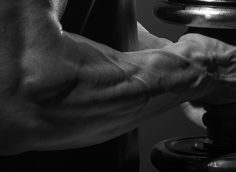 Get both with this exercise! Here's how.
Training
Kelvin King, Jr May 21
No More Back Pain
Training
Ian King October 31