There's no shortage of gadgets and gear to be had in the strength training world. Belts, bench shirts, chalk, wraps; no wonder your average powerlifter needs two gym bags to haul all his gear!

Bands have a special place in my overstuffed gym bag. Twenty years ago, suggesting to a powerlifter that rubber bands could help him smash his plateau likely would've gotten you tossed into the chalk stand.

Today, bands have spread into many areas of athletics and are being used to increase strength, aid in rehabbing injuries, increase flexibility, and help develop explosiveness.

Among the first coaches to properly apply bands to strength training was Louie Simmons of Westside Barbell. Through much analysis and a ton of experimentation with his Westside team of guinea pigs, Louie came up with some ingenious ways to use bands to help lifters get stronger.

Yet in spite of Louie's work, many lifters remain woefully confused how to properly implement bands into their training programs, which is where I come in. This article will describe my favorite ways to incorporate bands into your squat, bench, and deadlift training for both size and strength.

I've experimented with many methods for both powerlifting and bodybuilding purposes, and found one method that increased both strength and size at the same time.

This method is commonly referred to as the lightened method or as using reverse bands, and most top powerlifters report using bands this way.

The reverse band method offers several benefits to powerlifters. First, it allows a lifter to handle more weight than would otherwise be possible, which offers both physiological and psychological benefits.

Psychologically, having more weight on your back or in your hands mentally prepares you for supporting and lifting those loads down the road when not using bands.

This mimics the force curve of a competitive powerlifter using supportive gear like bench shirts and squat suits, while also significantly strengthening the musculature needed in the lockout portion of the lift.

But the benefits extend even to noncompetitive lifters. Raw lifters often struggle with the lockout portions of the bench press and deadlift, and there's arguably no better method for fixing this than the reverse band method.

For anyone who wants to add more lean muscle, the reverse band method is a hypertrophy double-shot. It lets the lifter handle greater loads leading to greater fiber recruitment, while reducing the stress on the muscles, joints, and connective tissue when in their most vulnerable positions.

Similarly, during squats, the load is lightened most in the bottom portion when the stress on the hip joints and knees are greatest. For this reason, I've used reverse band squats successfully when returning from both hip and knee injuries when traditional squatting wasn't even an option.

Furthermore, during reverse band squats the load is shifted from the posterior chain to the quadriceps, a big plus for guys needing more quad sweep and size and less glute and hamstring development.

How to Set Up the Bands

To use the reverse band method, start by performing squats and bench presses inside a traditional power rack. 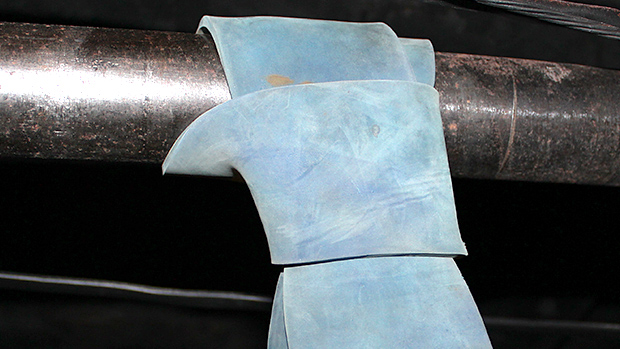 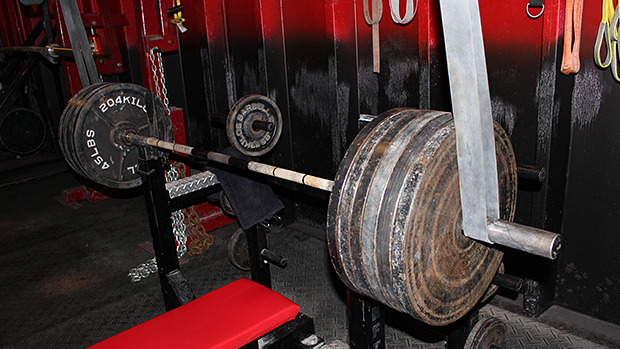 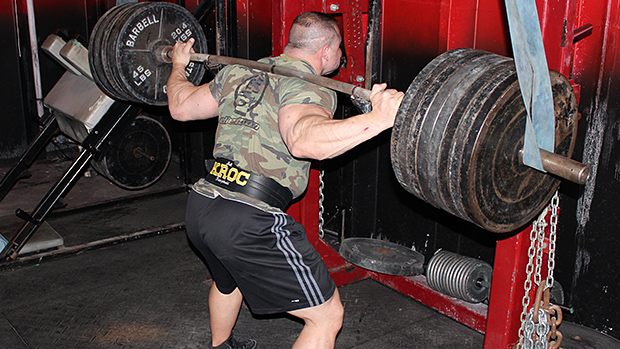 Some powerlifters employ the latter deliberately, thinking that no band assistance at the top will strengthen their lockout. However, I've found this setup tends to alter the lifter's technique, leading to form breakdown and even injury.

One word of caution: when setting up the bands, make sure they're not being pinched between the plates or bars and that they're not being stretched or pulled across any sharp edges or rough surfaces. This will lead to the fraying of the bands and possible breakage, potentially subjecting the lifter to severe injury.

What Bands to Use

Bands come in a wide range of strengths and sizes, ranging from what's typically called a "micro-mini band" with a diameter of approximately a quarter inch, to the "strong bands" that are up to 3.2 inches wide. The amount of resistance provided is in direct proportion to the size of the band and different sizes are appropriate for different uses.

The bands I refer to are 41 inches long and typically made from latex, are one continuous loop without seams, and are a flat design and not hollow. Think of a giant rubber band, not the hollow rubber tubing sometimes passed off as lifting bands.

Here are some general guidelines for what strength bands to use for different level lifters. Keep in mind that these are just generalizations – there may be exceptions based on height, limb length, and individual leverages.

If your maximum bench press (without a bench shirt) is less than 300 pounds, you'll find it most beneficial to use the light bands (width=1.125 inches).

For a lifter capable of bench pressing from 300-500 pounds, the medium bands (width=1.75 inches) are usually best, and for elite lifters benching over 500 pounds raw, the strong bands (width=2.5 inches) typically provide the optimal force curve.

I'd recommend light bands for anyone with a max squat of less than 405 pounds, the medium bands for those squatting between 405 and 600 pounds, and the strong bands for the elite level lifters capable of squatting over 600 pounds raw.

The following is a 16-week program using the reverse band method. While the strength of the bands and the resistance applied remains constant from week to week, the bar weight will be manipulated through four mini-cycles to induce both size and strength gains.

This was not designed for pure powerlifting or bodybuilding applications but rather for a lifter that wants to increase both muscle size and strength at the same time.

This program was also not designed for someone that trains in powerlifting gear and should not be performed with the aid of such equipment.

You'll notice that every fourth week or so is a week of five sets of 20 reps, or what's often referred to as a light or down week. The purpose of this week is to both allow recovery between the cycles of heavier weights and to pump the muscles full of blood. However, don't mistakenly think this will be an easy week, as you'll find out fast that it's not easy at all.

The percentages are based off the maximum amount the lifter can lift for a single repetition performed in the reverse band style.

Before beginning the program, the lifter must either find their true max by warming up thoroughly and working up to a max reverse band single (the use of spotters is highly recommended), or they can work up to their 10RM and using that number as 80% of their max calculate their other numbers from there.

After week 16, I suggest doing a final light week before ditching the bands and returning to more "normal" training. Don't be surprised if your major lifts have all gone up significantly or if you have a few new pounds of mass greeting you in the bathroom mirror.

Bands are not "miracle cures," nor are they substitutes for the staples like smart programming, consistent eating, and hard work. But they're one of the few gym toys that will consistently deliver results, making it a favorite in my overstuffed gym bag.

Psyching yourself up to lift can wreck your CNS and increase cortisol. Here's why.
Tips, Training
Paul Carter February 28 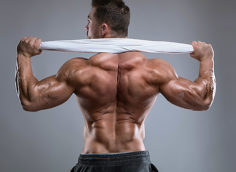 And five ways to do it.
Training
Jason Brown February 14