Want to be explosive, agile, and strong? Then you want a high ratio of fast-twitch muscle fibers, what we call "athletic muscle." And yes, you CAN adjust your training to shift that ratio in the right direction.

The body has two broad categories of muscle fibers: slow-twitch and fast-twitch. These two categories have several complex hybrid subtypes.

Fast-twitch fibers produce a lot more force, contract faster (producing more speed and power), and have higher growth potential, but they're a lot less resistant to fatigue. That means having a lot of fast-twitch fibers is not only beneficial for athletes but for bodybuilders and powerlifters too.

Some of the benefits of having a higher ratio of fast-twitch muscle fibers will surprise you:

Having a higher ratio of fast-twitch fibers is vital if you want to get jacked, strong, and powerful.

But what if you don't? What if you were born with a lot of slow-twitch fibers? Are you genetically doomed?

The old belief among sports scientists was that, even though it was possible to increase the ratio of slow-twitch fibers through endurance training, increasing fast-twitch fibers was less likely. Luckily, this was debunked.

The studies using a method called "single fiber SDS-PAGE" say it's possible to increase the ratio of slow-twitch or fast-twitch fibers. But older methods, like "histochemistry" or "SDS-PAGE homogenous," failed to see the conversion largely because they couldn't measure hybrid fibers.

Confused yet? No biggie. What's important is that the most current literature indicates that it is possible to increase the ratio of fast-twitch fibers. Even better? You can do it in a matter of weeks.

With the proper training methods – like a combination of heavy and explosive work – you can convert a significant amount of slow-twitch (and hybrid) fibers into fast-twitch fibers. If you were to stop that type of training and switch to endurance training, you'd decrease the ratio of fast-twitch fibers while increasing the ratio of slow-twitch ones.

The main mechanism is the switch of hybrid fibers into pure types. For example, a sedentary person will have 20-40% hybrid fibers, an active person only 10-20% (so more "pure" types based on their activity), and elite athletes have almost no hybrids.

Most muscle fiber researchers agree that you can increase your fast-twitch fiber ratio by at least 10% in a short period – 4-8 weeks.

Is that significant? Well, the average human has around 50% fast-twitch fibers. The highest measured fast-twitch ratio (in a top sprinter) was 71%. So yeah, if a 10% shift brings someone from 50 to 60% fast-twitch, it's a big deal.

And it's possible that longer periods of specific training, or a better training protocol specifically aimed at targeting the fast-twitch fibers, could increase the ratio even more. I'll use a real-life example.

There was a Canadian bobsleigh athlete who was an endurance runner until he was 19 years old. The bobsleigh is an extreme power and speed sport.

He completely changed his performance matrix after switching to sprinting and then bobsleigh and became the most explosive athlete I've ever trained. I'm talking 4.19 seconds for the 40-yard dash and a 41-inch vertical jump. He also posted a 425-pound bench press at a bodyweight of 181, and he power-cleaned 335.

The question is not if it's possible to increase your fast-twitch muscle fiber ratio, but HOW to do it optimally. There's a way to do it, but it might not be what you expect.

Well, it is for the endurance part. Elite endurance athletes can have as much as 80% slow-twitch muscle fibers. But when it comes to fast-twitch, it's not as simple as just lifting weights.

In fact, a typical "bodybuilding" approach – reps in the 8-20 range, not focusing on accelerating and doing lots of volume – will shift you toward a slightly slower profile.

However, when researchers used a combination of strength and explosive work, there wasn't much of a decrease in IIX fibers, but there was still a significant increase in IIA fibers. But, it came with a decrease in type I fibers.

So, strength training by itself can lead to a slightly slower profile, whereas the use of strength work AND plyometrics will increase the conversion of slow-twitch fibers to fast-twitch fibers (1).

By themselves, plyometric or stretch-shortening cycle exercises increase the ratio of fast-twitch fibers (2). The same was found with sprint training (3). So, right off the bat, we can say that anything done explosively will help increase your fast-twitch fiber ratio. Examples:

If you haven't heard of those last two, here they are:

While studies looking at strength work conclude there's a move toward a slightly less-fast profile, the studies normally include sets where participants use 70-80% for "strength" work.

Heavier work with less fatigue accumulation works better. Sets using 70-80% will still allow 6-10 reps, so the fast-twitch fibers might not come into play until the last half of the set. The set will still lead to some accumulated fatigue, which could stimulate the shift toward a slightly slower profile.

However, suppose you're using sets of 1-3 reps with 90%-plus or even supramaximal partial lifts or eccentric overloads. In that case, you could likely switch to a faster profile, especially if you do not have to grind these reps. Why? Because you need to rely on the fast-twitch fibers and a high firing rate along with very little fatigue accumulation.

In fact, single efforts (one rep per set) are likely one of the best approaches to develop the fast-twitch fibers and increase their ratio.

Here are some of my favorite heavy methods for that purpose:

Do heavy partials for 2-3 reps. Obey the same rule as above, but instead of using a full range of motion, use roughly half – from the middle to completion. Use lifts from pins, blocks (bench or deadlift), or box (squat). The weights will be heavier than your max on the full-range lift, but still choose a load you can dominate.

Use the eccentric overshoot method. You load the bar with a moderate load, one that you can accelerate. It'll be anywhere between 60 and 80% depending on your level of explosiveness. Add extra weight during the eccentric phase of the lift via weight releasers. Try going as heavy as possible on the releasers, provided you can keep lowering the weight slowly through the whole range of motion.

When the releasers unhook from the bar, lift the weight as fast as you can. Do sets of singles. Ramp up the releaser weight over 4-5 work sets, then perform a back-off set with 10-pounds less per side.

Do accelerative strength-skill work. Do 2-3 reps with 80-85% with an intent to accelerate. Move as explosively as possible during the concentric. Do 4-5 work sets.

Isometrics mean you're producing force with no movement. On the surface, such methods seem counterproductive for increasing fast-twitch fibers. After all, these fibers are associated with speed, and isometrics are completely devoid of speed!

But three applications of isometrics can increase the recruitment, stimulation, development, and possibly the ratio of fast-twitch fibers:

Use maximal effort overcoming isometrics. "Overcoming" means you're trying to move an immovable resistance. For example, pushing or pulling against pins with an empty bar. Maximal refers to pushing or pulling as hard as possible. This is only sustainable for around 6 seconds, then there's a dramatic force drop-off.

Do functional isometrics. You need two sets of safety pins. The highest pins would be 8-10 inches above the lowest ones. Press the bar into the highest set of pins and push as hard as possible for 6 seconds. The difference here? The bar is loaded.

How much weight do you use? It doesn't matter much since you'll be producing maximum force by pushing against the pins, but use a weight that's closer to your 1RM (around 85-90%) on the full-range lift. The purpose of using a loaded bar is to get a feel that's similar to a regular lift (better dynamic correspondence). The pins act like a sticking point. This teaches you to maximize force production when you reach a sticking point. The second set of pins should be set around where your sticking point is in a lift.

Do loaded stretching. Loaded stretching is an anomaly. Even though there's no movement and the duration is fairly long, it emphasizes fast-twitch fibers.

To understand why, consider blood flow restriction (BFR) training. One study found that the occlusion effect it causes (restricting blood from coming in or out of the muscles) leads to preferential recruitment and development of fast-twitch fibers (4).

The reason? Occlusion prevents oxygen from coming inside the muscles, depriving the slow-twitch fibers of their primary fuel source and shifting the recruitment toward the fast-twitch fibers in the process.

For loaded stretching with the purpose of building muscle and strength, do sets of 1-1:30 minutes for a total time under load of around 3 minutes – so 3 sets of 1 minute or 2 sets of 90 seconds.

To make it maximally effective for the fast-twitch fibers, you want to:

The more these are respected, the greater the occlusion effect will be and the better fast-twitch stimulation you'll get.

When it comes to designing your training program specifically to maximize the conversion to, and development of, fast-twitch fibers, I'm reminded of something that track coach Boo Schexnayder said:

"You must give the body an unambiguous message to what you want it to become."

Any method that would, by itself, lead to a conversion toward a slower profile should be avoided. Don't get me wrong, if 80-90% of your volume is done on fast-twitch methods and 10-20% is high-rep bodybuilding work or even some cardio, it'll still work. But if you try to be a "jack of all trades," you have no shot at becoming a fast-twitch machine.

Increasing your ratio of fast-twitch fibers is not only possible, it happens pretty rapidly, provided you give your body the correct stimulus. An increase in fast-twitch fibers of at least 10% (possibly 15 or even 20%) is achievable.

But remember, the body becomes whatever you ask it to become. The "clearer" the adaptation message is (by using almost exclusively fast-twitch methods), the more likely you are to create a maximal conversion.

Furthermore, if you stop using those methods in favor of more traditional hypertrophy work and endurance work, some of the newly converted fast-twitch fibers will convert back to what they were prior.

You can still do things like conditioning and hypertrophy work. But if you want to stay a fast-twitch machine, the methods here should make up as much of your training load as possible.

When just slapping extra weight on the bar fails, you need to look at effective ways to increase volume or density.
Bodybuilding, Training
Geoff Girvitz April 2

Your teacher always said that ditching math class would come back to bite you on the butt and she was right. Luckily, Nick Tumminello is here to show you how vector mathematics can improve your workouts. (Really.)
Training
Nick Tumminello December 18 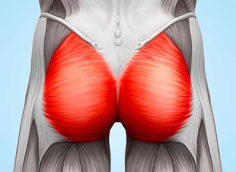