Some people think single-leg work is only for prehab or rehab. Those people are wrong. It can also be used to build some serious size and strength.

Unilateral work can, in fact, be just as effective as bilateral work (if not more) for building muscle, increasing athleticism, and supporting health and longevity... while also boosting those squat numbers.

Let's cleanse your mind of the run-of-the-mill unilateral lifts everyone thinks of and take a look at some new variations. Here are eight rarely seen (yet brutally effective) exercises you've got to try:

Compared to regular split squats, the elevation of the front foot allows for deeper hip flexion and a greater range of motion, which – on top of providing a huge stretch under load – amplifies the gains.

This variation encourages a predominantly vertical motion, which promotes an "elevator" (up and down) rather than an "escalator" (diagonal) motion. It hammers the quads and glutes while bringing the adductors, internal rotators, and hamstrings into the equation, all of which are extremely relevant to athletic performance.

Using a Zercher hold takes this to a whole new level. The load placement encourages a more "stacked" position from head to toe, which means maximal mechanical tension, minimal joint stress, and virtually zero axial loading. Plus, it hammers the core, taxes the upper back, and improves the ability to brace and breathe efficiently under load, all of which can boost squat strength.

Forward and reverse lunges are different from most single-leg exercises. They're dynamic, so they involve actual movement through space. That makes them more "athletic" as they challenge reflexive stability in all three planes.

What reverse lunges have over their forward counterpart, however, is two-fold. First, they've been shown to recruit more muscle in the glute max, rectus femoris, vastus lateralis, and vastus medialis (VMO).

Using a front-racked load makes reverse lunges even more effective. It ups the stability demands (due to the higher center of mass), it smokes the anterior core and obliques, and it challenges coordination and motor control.

The upper body challenge is no joke either. The upper back and scapular stabilizers have to maintain thoracic extension while keeping the scapulae upwardly rotated.

What's more, front-racked reverse lunges place virtually zero stress on the spine, which – paired with their knee-friendliness – makes them a potent, joint-friendly option.

Tip: If the clean grip bothers your wrists or elbows, try using a cross-grip.

As I (Luka) wrote about in The New Essential Leg Exercise, this is a brutally effective exercise for building strength and muscle while sparing the joints and de-loading the spine.

Because of the extra stability from the support, it eliminates some of the limiting factors for maximally loading single-leg exercises, like the grip giving out, mobility and coordination issues, and a lack of balance – which can downregulate force production.

This one's great for all lifters: elite athletes, beginners, people with back pain, shoulder restrictions, knee pain... you name it. It'll reduce axial loading, keep the spine in a good position, cause zero shoulder issues, and make it easier to maintain full-body tension and control.

It completely takes the non-working leg out of the equation, which gives it a host of "functional" benefits, such as enhanced pelvic and joint stability, inter- and intra-muscular coordination, and increased strength in some of the nook-and-cranny muscles like the adductors, glute medius, and internal/external rotators of the hip.

To every meathead's delight, however, one study made a compelling case that the single-leg squat can be a powerful strength and muscle-builder, too (4).

The researchers challenged the assumption that the load taken on by the working leg during single-leg squats is half that of bilateral squats. To do so, they integrated a model based on segmental weight distributions (the load acting above or rotating about the hip joint) with force data to determine how much true load the legs take on in both unilateral and bilateral movements.

To quantify the relative load comparisons, they came up with the following:

As an example, I used 110-pounds of external load in weight vests and chains for 8 reps – about 50% of my bodyweight – which, according to the study, would equate to a 420-pound back squat for reps.

Then add the fact that single-leg squats involve constant tension and high intra-muscular activation, and you'll see that they can be a great option for building bigger legs and a stronger squat.

This is one of the most stupid-proof (yet effective) single-leg exercises in existence. It can be used for everything from strength work to speed training, metabolic conditioning, and just about everything else.

You can load it up with huge amounts of weight for a joint-friendly strength-builder, or it can be done for longer sets of 45-60 seconds to pack on muscle in the glutes, hamstrings, and calves via muscle fiber fatigue, lactate accumulation, and the release of local growth factors.

It can also be used to improve athleticism since it teaches knee drive and hip separation, provides mechanical exposures to acute angles that mimic acceleration, and targets dynamic single-leg strength by requiring maximal force to be exerted into the ground.

Plus, sled pushes are awfully demanding from a cardiovascular perspective, which makes them great for conditioning.

They're also joint-friendly since there's zero spinal loading and hardly any stress placed on the knees or hips. And they're virtually eccentric-less, which makes them useful for deload weeks, high frequency training, or recovery work.

Think of it as a "hybrid" exercise since it combines the movement pattern of a trap bar deadlift with the unilateral bias of a single-leg deadlift (SLDLs). The only thing separating it from the latter is that the non-working leg is on the ground.

As small of a difference as it may seem, however, the support of the non-working leg is a game changer since it eliminates any stability/balance issues that often manifest during regular SLDLs.

As a result, this variation allows for far heavier loads to be used – between 70-80% of that used for regular trap bar deadlifts – while placing enormous amounts of tension onto the working leg. For a lifter with a 1-RM trap bar deadlift of 500-pounds, that would equate to 350-400 pounds per leg, which would be impossible to replicate with any other unilateral exercise.

Moreover, this variation has some advantages over regular trap bar deadlifts because it promotes a "spiraling" motion (from external-to-internal rotation) to get more loading into the back hip. And it requires a lower torso position during the initial pull, both of which promote a bit more glute activity and a slightly greater range of motion.

This is a rarely-performed squat variation that combines a hinge (like an RDL or good morning) with a squat. You begin with a top-down hinge, then pull yourself into a squat at the bottom, and finish by reversing the process on the concentric.

The idea is that you're getting the benefits of both squatting and hinging – thus hitting the quads, glutes, and hamstrings equally all in one move.

This exercise involves the same sequence as the Kang squat, with the only real difference being that it's a unilateral movement. So it can be a potent exercise for hitting the quads and posterior chain equally hard, with all of the added benefits of single-leg work.

Try 4 sets of 10-12 reps and alternate the movement on each set. Start in an upright position, do a negative, and then hinge on the way up.

The kicker is that the "finish" isn't much of a finish at all. Instead, both legs have to continue to work in alternating fashion with hardly any rest. The result is a monster lunge variation that creates nasty amounts of metabolic stress and crushes both legs simultaneously.

Moreover, the brief period of perceived instability that takes place when the leg travels all the way forward to all the way back (and vice versa) targets hip flexor strength, trains deceleration and acceleration, and challenges joint stability throughout the lower half.

Try plugging in 2-3 sets as a finisher to cap off a lower-body day, doing it either for distance (20-25 yards) or for a high number of reps.

The beauty of single-leg training? It's versatile from a programming standpoint. You can do it in any number of ways: as a main strength exercise for 4-6 reps per side, as an accessory for 6-10 reps per side, or as a metabolic stress/pump finisher upwards of 15-plus reps per side.

A good rule of thumb: Do single-leg work across multiple set-and-rep schemes, focusing on pushing big weights at times while ramping up the reps and chasing a pump other times. 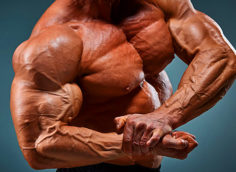 They increase the amount of a growth-regulating protein almost twice as much as an upper body/lower body split. Here's the science.
Training
TC Luoma October 27

With this variation, the trap bar allows you to keep your hands more in line with your body, reducing shear on the spine.
Deadlift, Exercise Coaching, Powerlifting & Strength, Tips
Ben Bruno March 29 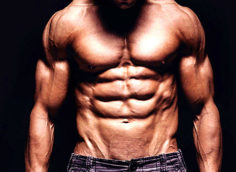