You're lazy. I'm lazy. Heck, human beings are lazy. We are, in many ways, born that way. It's natural.

If we want to accomplish a lot in the gym, we have to acknowledge our lazy tendencies. In fact, the weakest link in a lifter's overall preparation, including mine, is a severely undeveloped work ethic.

I've come to this conclusion via several different data points:

So it's wise to assume that we're lazy — especially if we're not getting the results we should be experiencing from our training efforts. The following strategies will show you how to get yourself to work much harder than you've ever worked before. 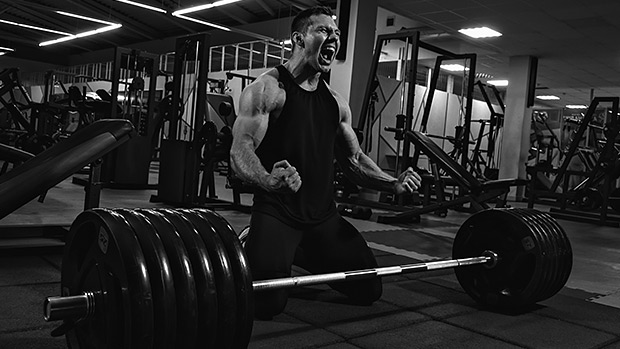 The best starting point for creating a superior work ethic is embracing the fact that you can't transform yourself from a lazy SOB to the hardest worker in your gym in a single day, week, or even month.

Instead, focus your attention toward working slightly harder than usual today, and then slightly harder than that tomorrow. Examples range from taking your sets slightly closer to failure than usual (or even TO failure if required) to attempting a weight you've never handled before, to reducing your customary rests between sets. It can also mean:

There are an almost endless number of examples of how to demonstrate a superior work ethic. Trust me, the problem isn't figuring out a way to demonstrate your willingness to work hard, the issue is simply DOING it.

Work ethic should be viewed as a means to an end, rather than an end in itself. If you vigilantly strive to improve your best numbers in the gym, work ethic takes care of itself. This requires a training log or app. You can't smash your PRs if you don't know what they are in the first place.

While truly hard workers get shit done regardless of environment, there's no point in needlessly fighting against environmental challenges if you don't have to. Consider deleting or minimizing long commutes to crappy gyms, time spent with toxic people, questionable or unnecessarily difficult training/nutritional practices that you personally hate, or keeping irresistible junk food at home within easy reach.

The flip side of this is to also implement environmental elements that compel more disciplined behaviors. Find a closer gym, make new friends who inspire you to work harder, and make sure that you like the training and nutritional practices you use, even if science disagrees with your choices.

For example, if you simply hate squats and find yourself skipping or pussing out on leg sessions because you hate them so much, find something more to your liking – at least for now. Maybe later on, you'll revisit your nemesis.

I'm not saying to replace squats with walking on the treadmill, but you'd be shocked by how many elite bodybuilders don't squat (or deadlift or bench, for that matter).

While many different factors are involved in creating a freakishly strong physique, they aren't all of equal importance.

For example, getting lean is mostly a matter of calorie control. Sure, optimizing macronutrient ratios, meal frequency and timing, and food quality all play a role, but to a MUCH lesser degree.

On the lifting side, training a muscle three times a week has been shown to be superior to one or two. But as long as you reach an optimal weekly training volume, you can do nearly as well on two sessions, or possibly even a single training session each week.

The overarching point is, educate yourself about the contextual importance of various practices, work your ass off on the ones that matter, and relax a bit on the fluffy inessentials. 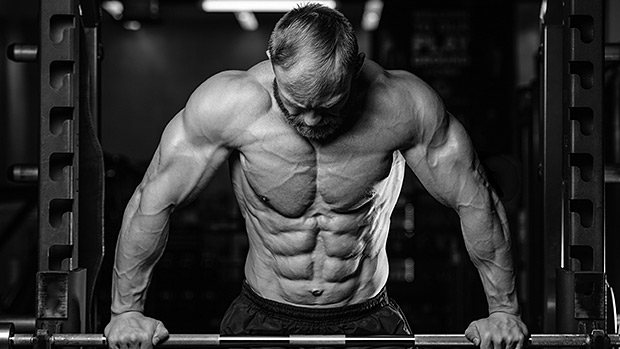 5 – Ruthlessly Differentiate Between Reasons and Excuses

One particularly insidious feature of human nature is that whenever you fail to do something you should have done (or done something you shouldn't have), flimsy excuses have a way of masquerading as legitimate reasons. Too bad they almost never are.

Maybe you skipped your upper-body session because your shoulder hurts, even though you could have gone in anyway and substituted incline dumbbell presses for your beloved bench. But you didn't.

Or maybe you convinced yourself that you can loosen up your diet a bit because that two pounds you lost last week might be too aggressive and might be causing muscle loss, even though your body fat is 25%.

It won't take much digging for you to recall your most recent episode of excuse-making because, if you're like most people, it occurred less than 12 hours ago.

In short, improve your decision-making with brutal honesty.

Focus primarily on the personal systems and processes that ensure success, and less on the success itself. You have much more control over the process than the end result. Taking pride in your work ethic is one such process.

Look, depending on your genetics and circumstances, you may never have impressive strength levels or a truly amazing physique, but you most certainly CAN develop a legendary work ethic that commands universal respect and admiration, no matter how strong and jacked you may or may not be.

When you have an outstanding work ethic, you'll be far more likely to reach whatever potential you may have. And finally, when you know you've done your absolute best, you'll be at peace with whatever level of success you reach. Few lifters ever find that kind of peace, and it's incredibly rewarding.

Designing and executing workouts that compel you to work hard is actually an example in reducing environmental friction, but this particular example deserves a dedicated discussion.

First, when a workout is "compelling," it pulls you toward doing it. This is the opposite of being disciplined, which implies that you must push yourself to do it. Sure, all worthwhile workouts will require discipline, but if they're sufficiently compelling you won't need to struggle quite as hard.

Poor work ethic, rather than suboptimal programming, is likely to be the weakest link in most lifter's overall training preparation. So if a programming strategy or decision makes your workouts significantly more compelling, the upside may be worth the downside of violating traditional programming principles. A few examples include:

However, on occasion, it may be worth violating this "rule" if it means you'll work harder. So for example, you might be scheduled to squat tomorrow, but for whatever reason the thought of squatting has you on the verge of skipping your workout altogether.

You might, however, actually look forward to Bulgarian split squats. In such a case, make that substitution, even though it violates traditional programming principles, because working hard on split squats trumps doing a half-ass squat session (or skipping it).

Now Get To Work!

Work ethic isn't a genetic gift. There's no luck involved. It's a talent that can be significantly improved, even if, like me, you're inherently lazy. Do something uncomfortable and challenging and out of character, and do it before the day's over. It could be a life-changing moment for you.

This could be anything from taking a yoga class to going out for a one-mile run, or doing a set of 50 squats, even if you'll only use an empty bar. Once you start exploring your limits, you'll find that they're much higher than you thought. And once you make that realization, you'll be on your way to progress you never thought possible.

The MacGyver TV show was about a guy who made complicated machines or devices out of ordinary things. For instance, he could take down a helicopter with a fan, a dough-scraper, and some duct tape. Similarly, he could use a light bulb to make a set of lock picks.
Bodybuilding, Powerlifting & Strength, Training
Christian Thibaudeau August 22