How Strong Are You?

Sure, you test your one-rep maxes on the bench press, squat, and deadlift, but those numbers are just a small part of the overall strength equation. You might be strong from a powerlifting perspective, but your absolute strength numbers are meaningless if they only serve your ego at the expense of everything else.

The term “functional training” probably makes you hyperventilate into a brown paper bag. It should really be called “smart training.” It just means pushing heavy weights in an intelligent manner to get you bigger and stronger while simultaneously boosting performance, athleticism, and overall health and function.

The following tests serve multiple purposes: They’re strength standards, diagnostic tools, and movement assessments. On top of testing how strong or weak you are, they provide you with valuable feedback on your weak links, imbalances, and dysfunctions, and give you an idea of what you need to work on.

Meet all seven of these strength standards and you’ll be significantly harder to kill. 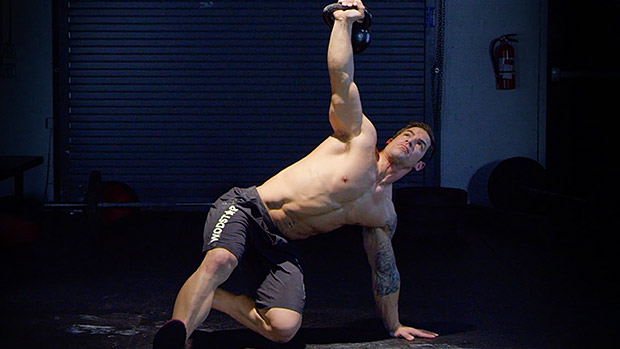 Standard: Complete 1 rep per side with 50% of your bodyweight.

When talking about the “best” upper-body exercises for building muscle and improving strength, Turkish get-ups (TGUs) are left off most lists. That’s a mistake. In one move, you’re working on full-body strength, mobility, stability, athleticism, and movement efficiency, all while requiring your body to act as a single, functional unit.

Turkish get-ups can get a bad rap since they’re often performed as fluffy corrective exercises or as part of a warm-up. But TGUs can and should be performed with heavier loads at times. When you add heavy sets of 1-3 reps to your training, you’ll hammer your shoulders, traps, forearms, glutes, upper back, and core.

This is what you can expect as a result of getting brutally strong at TGUs:

Even the strongest of lifters can be humbled pretty quickly when they start doing TGUs. The solution is simple: Do them more often, and work on owning each position while mixing in a variety of loads. Start on the lighter side to master the movement and progress over time to build up strength. 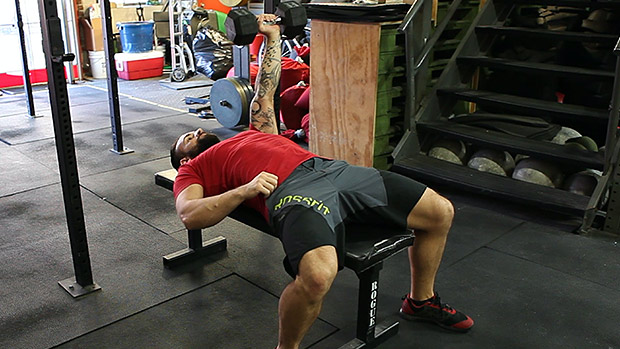 Standard: Perform 5 reps per side with 50% of your bodyweight. That would be a 100-pound dumbbell for a 200 pound man.

Before you throw a tantrum, yes, the barbell bench is absolutely valuable. The problem is, you can get away with pushing heavy weights even if you have glaring weaknesses and faulty mechanics.

When you become “efficient” despite these issues, it’s only a matter of time until your strength reaches a glass ceiling and you get hurt. Once you refine your pressing mechanics and eliminate or decrease imbalances, you’ll stay healthy and build more strength over the long haul.

The one-arm dumbbell bench press exposes any weak links and gives you immediate feedback on strength discrepancies between sides. With this info, you’re able to train each side individually and bring up weak points in your shoulders, pecs, and triceps. As a bonus, the unilateral load forces your core to work overtime to avoid the humiliation of falling off the bench.

Take a brief hiatus from the barbell, dust off your dumbbells, and get re-acquainted with them. Perform the exercise with one arm or alternate sides on each rep, focusing on slowing down the eccentric (negative) portion of the movement and mixing in iso-holds at various positions. 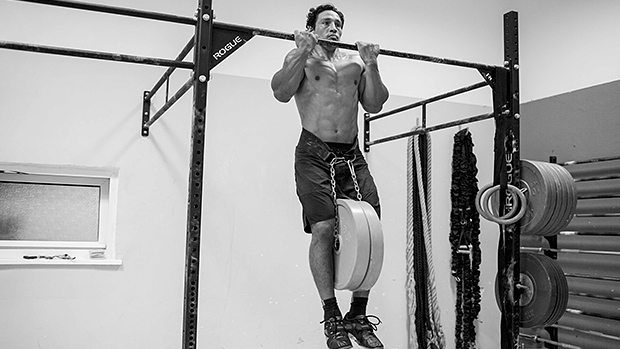 If you’re all push and no pull, two things are going to happen:

The simplest answer is to gain muscle and/or lose fat, but there’s more to it. Get off the lat pulldown and do chin-ups 2-3 times a week with varying loads while mixing in slow, eccentric-focused reps. 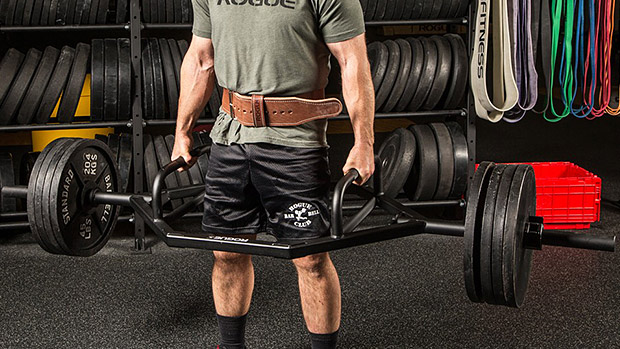 Standard: Perform a 1RM with 2.5 times your bodyweight. So, a 200 pound man should try to hit a 500 pound trap-bar deadlift.

Trap-bar deadlifts aren’t inherently “better” for testing strength than traditional squats or deadlifts, but they have a number of unique benefits. 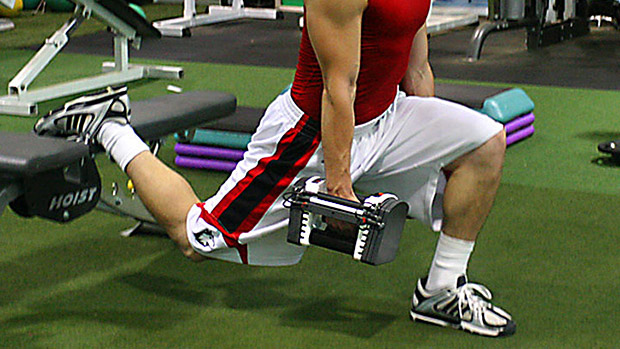 Since the goal of a heavy squat is to get the weight up by any means possible, it’s easy for technique to break down. The consequences are often banged-up hips, achy knees, and persistent low-back pain.

This is where single-leg strength comes into play. In particular, RFE Bulgarian split squats are one of the best lower-body exercises for building muscle, increasing strength, and improving longevity. Problem is, most people pigeonhole the exercise into high-rep schemes performed with lighter weights.

Adding RFE Bulgarians into your training as a primary strength movement is invaluable. They provide you with immediate feedback and expose your weak links while shedding light on imbalances that may exist between sides. As a result, you can target those areas and eliminate the issues contributing to pain and dysfunction. This will allow you to put up more weight on conventional squats, fix your banged-up joints, and build more muscle.

Place the exercise at the beginning of your lower-body workouts, and don’t be afraid to push your limits. If you can’t keep your balance, start with split squats (both legs on the ground) and progress from there. 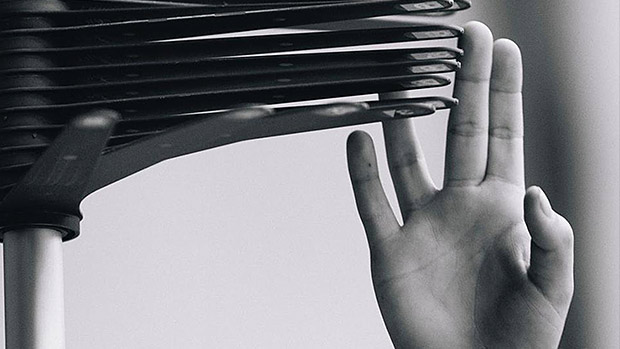 If you met the trap-bar deadlift and Bulgarian split squat standards, congratulations: you’re strong. But are you powerful? Even if you don’t care about how high you can jump, the vertical jump is a powerful indicator of a few key things:

When you increase your ability to exert maximal power, a number of positive changes occur: 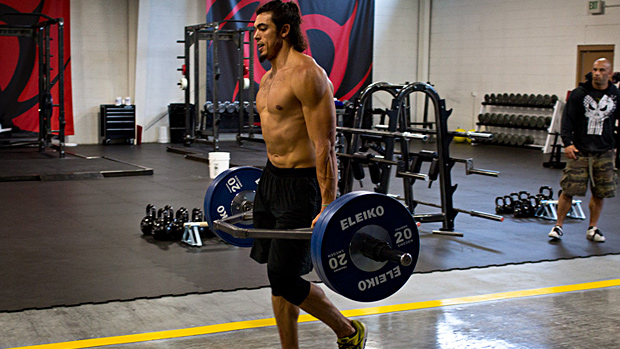 If you want to put your full-body strength and muscular endurance to the test, look no further than the 30-second, two-times-your-bodyweight farmers carry.

No exercise represents “functional” training like deadlifting a heavily-loaded trap bar and walking with it. You can’t cheat it, rush it, or fake it. It’s you against the clock and a stack of 45-pound plates. Meeting the standard requires high levels of shoulder, core, and hip stability, as well as a strong grip, the ability to maximize full-body tension, and a high tolerance for pain.

On top of boosting fat loss, building muscle and strength, and improving work capacity, a heavy farmers carry provides you with immediate feedback and identifies where you break down. Chances are, these are the bottlenecks that are holding back your strength gains and contributing to any dysfunction.

Skip the direct ab work and focus your core training on a number of carry variations: suitcase, bottoms-up, and cross-body carries are valuable options. (Credit to Dr. John Rusin for this standard.)