Why sprint? To dominate your sport. Faster athletes are better athletes. Not an athlete? Sprints are still important. If you want to achieve blazing speed you'll have to make deliberate choices in the gym with your exercise selection. Here's what will make you faster.

Sprint speed requires you to get stronger in the horizontal plane. Moving weight up and down (vertically) won't get you much faster.

This is where most people get it wrong. They focus on squats, lunges, deadlifts, Olympic lifts, and box jump variations to improve their sprinting and speed. All of these involve mainly vertical force production – moving a weight vertically in space while in a standing position.

Horizontal force is created when you lay down horizontally and then produce force against gravity like you would do with a hip thrust, back extension, reverse hyper or glute-ham-raise, or when you use a cable attachment like a pull-through or kick-back. Knowing that horizontal force is most important for speed might lead you to believe that the glutes and hamstrings are the most important muscles, and you're absolutely right. EMG activity and joint angular forces show that the strength of these muscles is a good predictor of speed. 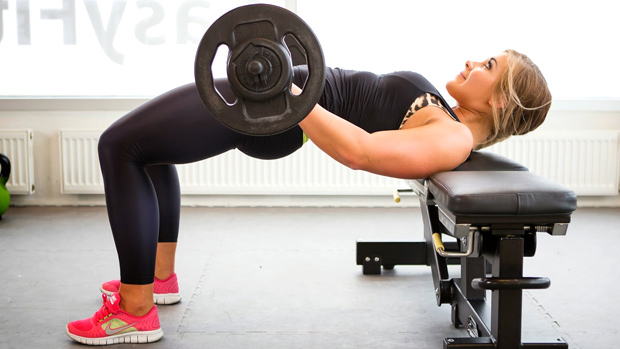 Your ability to produce horizontal force is strongly tied to speed. Horizontal force production is more important then vertical forces both in acceleration and in maximal speed. Sure, there are vertical forces while sprinting because of the impact gravity has on your body, but it doesn't increase when speed increases, and faster sprinters do not show any greater ability to produce vertical force then slower sprinters. Granted, vertical exercises have their place in a balanced program, but for those who need to get faster, they shouldn't be prioritized over horizontally directed exercises.

Sprinting isn't a bilateral exercise. Both feet are never on the ground at the same time. This makes unilateral training highly effective for increased speed.

Sprinting is a unilateral movement. To make exercises as specific as possible they should be performed on one leg when possible. In addition, your body's motor cortex is a lot better at producing power with just one leg at a time as opposed to both legs. By focusing on only one leg at a time, you'll get a greater activation of the muscle fibers in the muscles you're training.

Stability is a problem though. And obviously you can't perform every exercise unilaterally if you can't stay balanced. If the exercise is too difficult to do on one leg, you might end up only improving your balance instead of strengthening the muscles. Ever tried to do a single-leg squat snatch? Don't. Exercises where you're fixed in a machine and where stability isn't a concern (like reverse hypers, 45-degree back extensions, or hip thrusts) should optimally be performed on one leg. 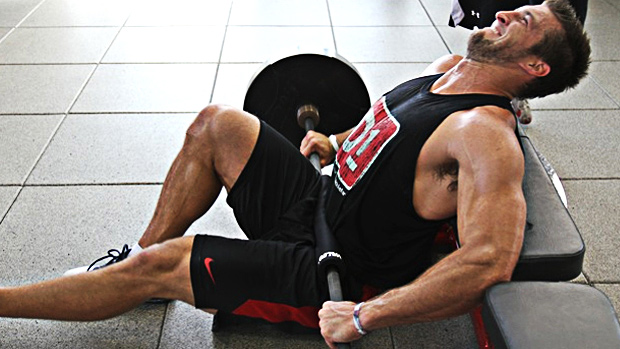 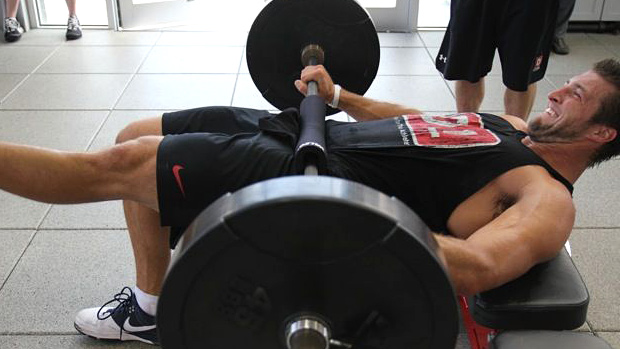 The one-legged hip thrust is the most important exercise to be doing in the weight room. This may come as a surprise if you've been thinking the squat is the greatest exercise of all time, but it's really not. At least, not if you want to run fast.

3 – Use the Force-Velocity Curve

Train all areas of the curve... especially the ones where you're lacking. 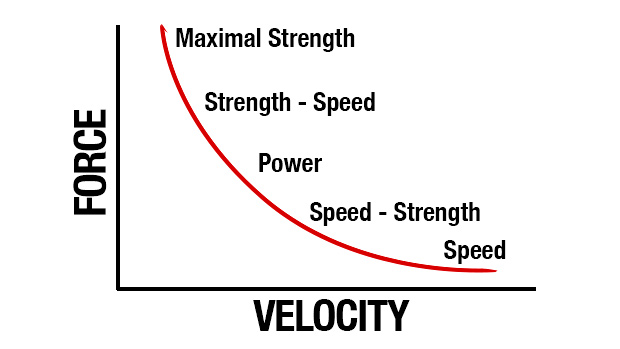 Think about when the foot is in contact with the ground during a sprint. Sprinting is all about creating forces at high velocities for that very short period of time. So increases in both maximal force and maximal velocity will improve this ability.

Between maximal strength and speed you'll notice three other categories: speed-strength, which you could do with plyometrics or med-ball throws. Power, which is typically Olympic lifting exercises. And strength-speed, which you can do with things like explosive squatting or glute-ham raises with 70-90% of your 1 RM.

All of these categories have a place in intelligent training, but choose wisely depending on your abilities as an athlete or lifter. If you can already squat twice your bodyweight, it may be more beneficial to work more on the speed end of the curve. If you run the 100 meter under 11 seconds, but still can't hip thrust twice your bodyweight, then you should increase your maximal strength. By doing so you'll improve your speed. Choose exercises to target different areas the force-velocity curve and zero in on your weak link.

Strong hips are an indicator of speed. Prioritize hip-dominant exercises. 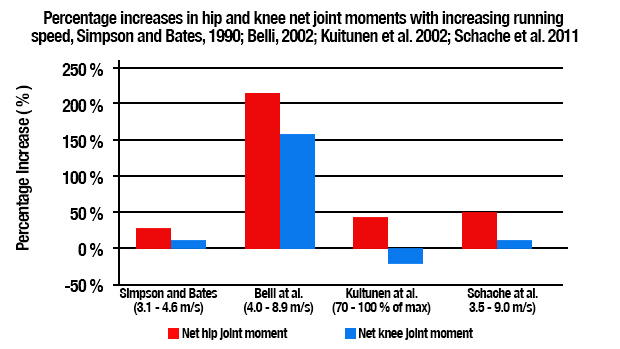 Prioritize exercises involving the hip joint. The hips are the largest contributor to the increased power output. And world-class sprinters are able to produce more force here than slower sprinters.

This doesn't mean you should only do hip dominant exercises. It means putting them at the beginning of your workout and using a higher total training volume here than on the other movements. Yes, train other lower body joints; they're important too. The knee is the second largest contributor to forces needed for increased speed. Finally, the ankle joint plays a smaller but still significant role. Plan your hip-dominant exercises first, then do knee dominant exercises.

Let's say you have the choice between squats, walking lunges, or one-legged hip thrusts. Out of the three, the one-legged hip thrust is the only horizontal exercise. Both the squat and the walking lunges are knee dominant movements. The hip thrust, on the other hand, is hip dominant and if we could only choose one out of the three we know from the principle of joint priority that loading the hip joint will be most effective.

5 – Think About Muscle Length When Lifting

The main muscles you use are either lengthened or shortened when you're sprinting. Choose the lifts that have the same (long vs. short) characteristics.

The hip joint extends the leg down and backwards to propel the body forward. The main muscles responsible for this movement are the glutes and the "biarticular" hamstrings. Biarticular refers to the three out of four hamstring muscles that move both the hip joint and the knee joint.

When the foot touches the ground, the knee is almost fully extended and the foot is directly or slightly in front of the body's center of mass. At this point, the hamstring is functioning at a relatively long muscle length, and from there on, the hamstring will both extend the hip joint and flex the knee joint through the stance phase. The glutes, on the other hand, function at a much shorter muscle length when the foot touches the ground throughout the stance phase.

This is important to know because a strength training exercise tends to have a point where the movement is easiest and a point where it's hardest – like when some lifters fail their squats out of the bottom position or just above parallel. Both squats and lunges are hardest in the bottom position where the glutes are stretched and the hamstrings are relatively short because of the bended knee. Here, the glutes are functioning at a long muscle length while the hamstrings are functioning at a relatively short muscle length. This is completely opposite of the muscle lengths we see in sprinting. They'll leave the muscles trained in the squat under-stimulated at the lengths that are relevant.

On the other hand, a hip thrust will usually be hardest at the top lockout position for most people, and will therefore stimulate the muscles at a length that's relevant for sprinting. The glutes will be functioning at short muscle lengths just like you'd want them to. The same goes for reverse-hypers and the flat back extension. 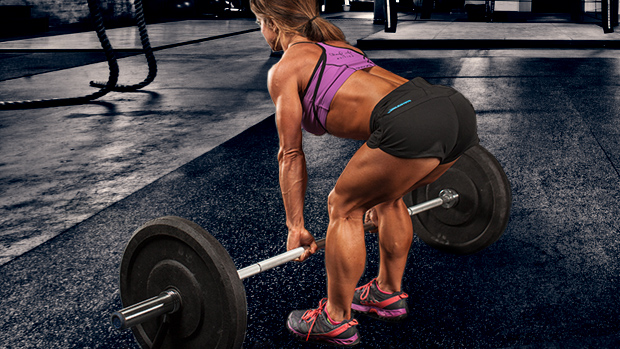 To stimulate the hamstring at same lengths as they are functioning at while sprinting, try using the Romanian deadlift or the 45-degree back extension as opposed to standing leg-curls or the Nordic hamstring exercise.

6 – Use the Stretch-Shortening Cycle

An exercise is more effective if it involves a stretch-shortening cycle.

Numerous studies have shown increased power when an eccentric movement is directly followed by a concentric movement. A stretched muscle is able to store elastic energy in the eccentric (lengthening/lowering) phase and then release it in the concentric (shortening/lifting) phase to create a more powerful movement. This is because of the stretch shortening cycle.

This is exactly what happens in sprinting when you explosively push your knee up and forward through the swing phase. You stretch the glutes and hamstring close to their maximal range of motion and benefit from the increased contraction of these muscles through the stance phase.

Exercises involving both an eccentric and a concentric contraction will be more beneficial than purely eccentric or concentric exercises. The squat and the hip thrust both involve the stretch-shortening cycle while walking lunges only do so to some extent. The eccentric part of the walking lunge involves different muscle activity than the concentric, thus making the body unable to fully benefit from the stretch shortening cycle. Backward lunges will fix this problem.

As for hip thrusts, don't reset the bar on the ground between each rep. Start each rep from the top, lower slowly, then powerfully lift the bar back up with your glutes.

Nagging joint pain - everyone deals with it at some point. But don't think a little time off is going to cure it. Be proactive to get long-term relief. Here's how.
It Hurts Fix It, Mobility, Soft-Tissue Techniques, Training
Joel Sanders January 6

A simple technique that forces you to use better form and full range of motion. It'll burn like heck, but you'll like the results!
Bodybuilding, Training
Ben Bruno September 4 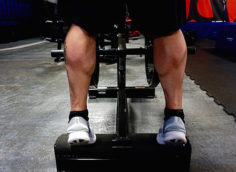 What do you do if your calves are small even though you train them three days a week? Try these fixes.
Bodybuilding, Calves, Tips, Training
Chris Shugart April 3