Last year I sent T-Nation my first article, 50 Tips for Serious Athletes, and received a lot of great feedback from the readers. Since that time there's been a number of requests for a sequel, and I thought that was a great idea. So I dug deep and tried hard to outdo the first 50 tips. Hope you enjoy reading it as much as I enjoyed writing it.

I'd like to thank my training partner Shane Davenport for his editing and creative writing ideas. He's responsible for turning my jargon into somewhat legible thoughts. I'd also like to thank David Jack as well, for his maximum intensity in every aspect of life and his never-ending creativity.

Think you need tons of exercises? Nope. You just need to do the best lifts more frequently. Here's what they are and how to use them for size.
Bodybuilding, Training
Christian Thibaudeau January 26

Build and strengthen your entire posterior chain. Do this twice per week, 5 trips of 40 yards, bodyweight or close to it on the sled.
Exercise Coaching, Glutes, Tips
Jason Brown June 16 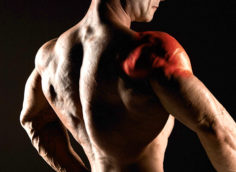 Shoulders feeling banged up? These exercises allow you to train them without pain so you can keep the gains coming.
It Hurts Fix It, Training
Gareth Sapstead June 19