I'm a firm believer in frequency when it comes to strength and size gains.

It's not surprising when you look at my personal training background. I started out training for football and our strength coach was a big believer in hitting the big basics three days a week. Our program was essentially the power clean, squat, bench, and pull-up three days a week.

After football I transitioned to Olympic lifting where I'd squat, clean, and snatch pretty much every day. The higher frequency regimen worked for those exercises too.

The truth is, you can train pretty much everything with a high frequency once technical mastery is accomplished. Of course, you need to plan volume and intensity properly, but it's possible.

Not sold on the idea of squatting every day or snatching every workout? No worries. There are a few things that are less complicated than others to train every day. And they'll make it pretty easy to fix some of your weak links too. Here are five of them.

Forearm exercises don't cause much, if any, muscle damage, especially for exercises with less eccentric loading like the wrist roller or Thor's hammer (see video). But even wrist flexion and wrist extension will cause little damage.

Furthermore, these exercises have a very small impact on the nervous system because they're very simple and done with light weights. Energy expenditure is low too since it's a short range of motion and smaller muscles are involved.

None of the factors requiring more recovery time are present with forearm training. Unless you go absolutely crazy with the volume there's no reason you can't train forearms every day.

Why would you want to do that? Because big forearms look cool. Hey, they're the only thing that's 100-percent showing in a T-shirt!

But having well-developed forearms will do more for you than simply attracting admiration. Bigger and stronger forearms make it easier to build bigger biceps. Coach Charles Poliquin wrote about this phenomenon 20 years ago. The body hasn't changed since that was written.

By building bigger, stronger forearms you'll be able to handle more weight in both curling and pulling exercises, which will increase the stimulation on the biceps and back muscles.

Bigger forearms and a stronger grip also help the bench press. Look at the top bench pressers in the world; they all have thick forearms. To bench heavy weight you need a strong grip. The harder you can squeeze the bar, the less the wrist will tend to cock and get the bar misaligned. (The bar should be directly above the wrist joint. If the wrist is cocked, the bar moves away from that alignment.)

On top of that, big forearms create a bigger "body" on which to spread the load of the bar. This can decrease stress on the shoulder joint.

There is one caveat: You shouldn't overdevelop one part of the forearms. For example, the wrist flexors tend to be trained a lot more than the wrist extensors (the flexors are involved a lot when curling and pulling) and the forearms supinators are often dominant over the pronators. Just like any other muscle imbalances in the body, this can lead to problems like tendonitis.

So if you want to jack up your forearms and train them every workout (or every day) then work on flexion/extension one workout, do supination/pronation on the next, and do grip work on the third. Then just rotate through that.

Since forearm exercises have a short range of motion, you'll need to do either higher reps or use a slower tempo to create enough fatigue and trigger growth. Sets lasting 30-60 seconds should be your target.

I actually don't count reps when doing forearm work. I put a timer on and keep working until I've achieved failure or close to it in the 30-60 second range. But I'll prescribe a number of reps in a couple of the examples below for the sake of simplicity.

You can use other exercises if you prefer, but you get the idea.

My strategy for ab training? Using blocks of intense abdominal training where I hit them every day for 4-6 weeks.

You can recover rapidly from pretty much any abdominal exercises except those full range GHD sit-ups you see in CrossFit. (This movement creates a powerful stretch of the rectus abdominis – especially when done with the speed they use – which will cause a lot of muscle damage, and require more recovery time.)

Daily ab training at an adequate level of intensity is one of the fastest ways of improving abdominal aesthetics, provided you're lean enough to show them. The "abs are made in the kitchen" mantra isn't quite accurate. Abs are simply revealed in the kitchen: you must be lean. Building them through direct training will increase the likelihood of seeing them. It'll also make it easier to see them at a slightly higher body fat level.

For example, even when I'm at around 13-15% body fat I can still see a clear 6-pack because the muscle bellies of the rectus abdominis are so thick they create a contrast between themselves (the "packs" portion) and between the tendinous sections that separate them.

You also need to do your ab work the right way. Use this approach when training abs:

I like to superset one loaded ab exercise with an unloaded one. You do 3 sets of one superset every day. A few suggestions:

Note: The goal is to make each rep so hard that it's impossible to get more than 12 reps.

Note: If you have other ab exercises you respond well to, feel free to use them instead.

You might remember when I coached Daryl Gee for the Mr. Olympia. One particularity of his routine was daily "eccentric-less" training. It consisted of various forms of Prowler pushing and sled dragging.

Remember, the eccentric phase of a lift is usually the lowering portion where the muscles lengthen and stretch. So eccentric-less work removes that portion. And if you think about pushing against a sled, each step forward against the weight is concentric. There's no negative.

I also used frequent sled work with a 63-year-old bodybuilder who was making a comeback. He wanted to get back into competing, but his knees were messed up. He couldn't do any traditional lower-body exercises – no squats, leg presses, lunges, leg extensions, etc.

He'd come to see me three days a week and we'd do various types of Prowler pushing and sled drags for his lower body. He ended up winning the overall against guys half his age and his legs were his best body part! He was also able to resume regular lower-body training afterward because his knees were fixed.

Two lessons from this:

Sled work is pretty much devoid of an eccentric load. As such, the amount of muscle damage created is very low. That means you can recover quickly.

For hypertrophy, since you're not causing much muscle damage, you must rely on other pathways to stimulate growth. Think muscle fiber fatigue, lactate accumulation, and the release of growth factors. All of these are maximized when the time under load is significant, but not so long that loading has to be light. So 30-45 seconds of work seems to work very well.

If strength is your goal, opt for very heavy sets of 10-50 meters with an ideal distance of 30 meters.

And, obviously, you can do sled work for conditioning. You can go as high as two minutes per set. I prefer to stay in the 50-70 second zone with either a challenging weight or a challenging speed.

When you do frequent (even daily) Prowler/sled work, do one version per day for 3-4 sets. While very little muscle damage is done, you still use a lot of fuel when doing them, so you can end up releasing too much cortisol if you go too heavy on the volume.

Note: The 63-year-old bodybuilder used 2-3 variations per workout, but that's all he did on those workouts. If you add them to your sessions, select one variation per workout.

While becoming stronger for sets of 5-8 reps on the basic pressing movements is the key to great delts, there's no doubt that properly executed lateral raises can help you get there faster. How? Both by directly developing the delts and by improving your capacity to recruit them so they're better stimulated when you do heavy pressing work.

When used to develop a solid mind-muscle connection, lateral raises can be done pretty much every day. Here's why:

First, they cause very little muscle damage. Muscle damage is created when you're stretching the muscle fibers under load and tension. That occurs during the eccentric phase of the movement.

In lateral raises, only the top quarter of the range of motion is under significant loading. Let's say that in the finish position your arms form a 90-degree angle with your torso. Your delts are only under significant loading when the arms reach about 70-75 degrees. Before that you aren't moving opposite the source of resistance (which is directly down). You're moving more sideways than up.

It's the same thing when you're going down – the deltoid (especially the medial head) will be under load only for the first quarter of the eccentric range of motion, which is when the muscle is shortened. When the muscle is stretched, there's literally zero tension on the delts.

On top of that, if you do the lateral raise properly (no swinging at the bottom where there's no resistance and you can easily speed up), you won't be using a lot of weight, which also decreases the amount of muscle damage.

Here are a few tips to make the most of lateral raises:

You can easily do 3-4 sets of 12 in this fashion every day to improve mind-muscle connection and stimulate growth.

The band pull-apart, banded triceps pressdown, banded biceps curl, banded leg curl, and banded pull-through are just examples of exercises that can be done daily to improve mind-muscle connection, allowing you to fix a weak point.

The reason? When the muscle is stretched/elongated, there's no tension. This leads to minimal, if any, muscle damage. This means you'll recover quickly.

And there's something about the strength curve in band exercises that seems to improve mind-muscle connection and the capacity to contract a muscle. It's very effective as a way to fix a weak link because it makes you better at recruiting that muscle. I had some of my best bench press gains from doing daily triceps pressdowns with a band after Louie Simmons recommended it.

When I travel around the world to give seminars, I always carry bands with me. I don't always have time or energy to get a full workout in, but by doing band work I don't worry about atrophy.

Band work is the only tool that I like to use higher reps with. With bands, I find sets of 20-25 to be more effective than lower reps, maybe because of the shorter duration under maximal tension on each rep. As for number of work sets, 3-4 are ideal with daily band work, although some coaches simply recommend hitting a total rep target for the day.

A high frequency of practice is the key to fixing weak links. And more often than not, if you're having problems making a specific muscle grow, it's because your capacity to contract it maximally is lacking.

But, just like with any other motor skills, frequency is the key to skill acquisition. The more often you work on something – provided you recover – the faster the improvement will be. Want big forearms, ripped abs, capped shoulders, or solid glutes? Up the frequency! 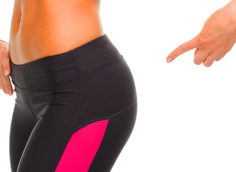 Ten things you should be doing to reach your size and strength goals.
Bodybuilding, Powerlifting & Strength, Training
Christian Thibaudeau February 14 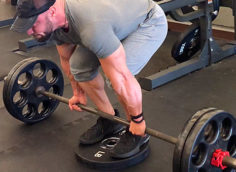 This is probably the most productive change you can make with your deadlift training. Here's why.
Deadlift, Powerlifting & Strength, Tips, Training
Paul Carter December 3