It hurts to walk, you do half-reps on everything, and you can't lift anything without wrapping yourself up like a mummy. It's time to face reality and make some adjustments.

Aside from breathing and drinking water, the most foundational activity that ensures our survival as human beings is bipedal locomotion. Doesn't that sound fancy? We're talking about walking here, people.

Plain old walking can objectively show a lot. This is one of the best ways to diagnose a person's functional status and likelihood of injury. A requisite for training is being able to walk symmetrically and without notable deviation, dysfunction, or pain provocation. Also, the ability to continuously walk at a natural rate for ten-plus minutes without pain is a pretty good indicator of your ability to stabilize the spine and reciprocate the lower and upper extremities.

Doing a self assessment is easy. All you need is a mirror. Most gyms have mirrors plastered up on every square inch of wall space. Find a treadmill facing one and hop on. Are you shifting your weight side to side? One foot toeing out more than the other? Are you hunched over like Igor?

Just watch yourself and evaluate. Does it look like shit, yes or no? If it does, start with comparing your arms and shoulders side to side, your hips and legs side to side, then finally the overall fluidity of the movement. This is walking, it should look halfway decent. If not, you have your new LISS (Low Intensity Steady State) training program.

The ability to ascend and descend stairs without the use of the handrail can be a great self-diagnostic tool. From knee and hip stability and strength to proper single-leg balance and proprioception, you need to be able to dominate ordinary steps before you have any chance of training effectively in the gym. And by steps, I don't mean slouching over and hanging on for dear life on the stair-mill.

Nothing's more emblematic of a broken-down lifter than the overuse of external training crutches like wraps, sleeves, belts, and other accessories designed to hold together body parts that most likely lack ligamentous and capsular stability. Let's look at these one at a time.

The use of a lifting belt is justifiable for strength and physique athletes that know how to properly brace and utilize the belt during strategic sets while using maximal loads or insane intensities. Notice I didn't say anything about lifting newbies trying to falsely inflate their already pitiful numbers, or having a convenient place to clip their phone.

During some of the big movements like the squat and deadlift, the use of a belt almost becomes a requirement if you want to maximize your iron performance. No qualms with that. When used strategically, it's a great tool.

But we have to draw the line when the lifting belt becomes a necessary crutch for just about every single movement, including arm training and the elliptical! Yes, yes, the belt strapped around your lumbar spine makes you feel stable, but isn't that feeling of instability telling you something? Take the belt off and assess your true baseline of function. Only then will you objectively be able to evaluate your weak links, improve the chinks in your armor, and then implement the belt correctly.

Sure, from a biomechanical and functional orthopedic perspective, the use of knee wraps can be a viable option for adding poundage to your squats and presses by adding a more elastic component to the bottom of your range of motion. So functionally, yes, wraps work and work very well. But what about from a long term joint and soft-tissue health perspective?

The long term use of wraps for an extended number of sets per training day can add some unwanted shear and compressive forces to local joints. Let's be clear here, this won't be likely to happen after just a few sets, but it will happen over time if all of your sets are compressed.

If you're using incomplete ranges of motion with wraps, your best bet is to normalize your ranges, not wrap tighter. The use of wraps and sleeves can be viewed as a metaphor for your entire life. If you depend on crutches, it's just a matter of time until you fall on your ass and can't get up.

Don't become the "compression man" where every set is highly dependent on wraps, sleeves, and other dependencies. If your goal in life is to keep on lifting, limit your external fixes and start improving your internal stability, mobility, and motor control factors. You'll thank me when you're 70 and still hitting the gym hard.

Blame it on what I call the "Football Glory Days" program. Many long-time lifters are now paying for some brutal old school training methods with orthopedic demise. I'm not saying that the "crush yourself with volume and intensity in the big barbell movements" mentality isn't an effective way to get jacked and strong. It is. But your body also pays a price for all them gainz.

This type of training style isn't appropriate for those who experience pain with every move they make in the weight room. Sometimes a strategic diversification or remediation is necessary for the greater long term good of your training. It could be as simple as using dumbbells instead of barbells for a while.

A tremendous amount of top-notch strength information has flooded the industry over the last two decades, so there's no excuse for not making use of this knowledge to make strategic changes. However, the primary problem has more to do with the psychosocial aspects of training. Adding a little intelligent modification, like going from the barbells to dumbbells is, for some, like transitioning from powerlifting to Zumba.

If, between sets of pain-wracked bench press, you're still talking about how much you used to lift, you need to listen up. These old school methods have worked wonders in the past, and that barrel chest you're so proud of presumably played a huge factor in attracting your first wife and possibly your second. But those days have passed – even if your mindset hasn't progressed at the same rate.

You can only linearly periodize the same movements for so long until one of three things happen:

The quickest way to crush your shoulders, spine, hips, and knees is to forget about using a respectable range of motion and supramaximally loading your lifts over and over again. It's amazing how piss-poor some movements become over a long enough period when both pain and dysfunction are thrown into the mix with no means of movement remediation or recovery from injuries.

You can compare the deterioration of movement to the day-to-day mirror effect that many go through while dieting and training. If you see yourself in the mirror ass-naked, multiple times a day, it's unlikely that you'll be able to differentiate your physique from one day to another. But if you had the discipline to wait a few weeks before looking at yourself in the mirror again, the transformation would be unmistakably clear.

If you've been benching poorly for years on end, for instance, you may not even realize how bad your form has gotten. The only biofeedback you're getting is likely the grating pain deep in your joints and possibly the presence of some shooting radicular pain traveling down your extremities.

As pain science shows, people who exhibit chronic levels of pain for long enough durations become accustomed to this level of negative neural stimulation, thus mentally and physiologically mitigating the pain. These guys just keep grinding through workouts, year after year, while digging their own orthopedic grave a bit deeper each time.

Ultimately, your obsession with sticking to the big barbell movements and other old school staples turns you into a self-justifying half repper. With less and less range of motion being employed over time, and more and more poundage added to the bar to keep on track with your notion of a linearly periodized strength model, you're in for a rude awakening.

If it doesn't happen now, it will happen later. The body is pretty resilient, but it's just a matter of time until it breaks. At times, enough is enough for even the most out-of-touch lifter when the bar is just moving an inch or two.

If this is true for you, what have you done differently to improve your physicality, your health, or your functionality to get back on track and start forging a foundation you can use to rebuild what you've lost? If you can answer those questions honestly, you've already taken the first steps in the right direction.

Even the most broken down lifter still possesses the rare qualities of work ethic, perseverance, and unwavering drive and passion. So what's holding you back? The limiting factor will be different for every person, but the solution will be the same. It's time to create a new reality, a new set of goals, a new way of doing things; one that you can be proud of and that fits you as an individual at this point in your life.

We're all drawn to training because it allows us to control the controllable, challenge ourselves physically and mentally, and to escape the realities of our daily grind and reap the benefits of our sacred practice. It's time to pay your training the respect it deserves, use the tools in front of you, and create an environment that will feed your passion for the rest of your days. If you don't, your most valued daily practice will one day be taken away from you. Make sure that day never comes. 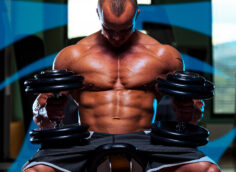