Lifters who want to get bigger and stronger without the need to peak at a specific time (like a competition) will do best using a double progression method.

That's fine. All of your sets fall in the proper rep range. However, since you did not reach the high end of the zone (5 reps) on all your sets, it means that you have to use 250 pounds again during your next session.

Remember: The key to becoming more muscular and stronger is to keep on progressing. The double progression system is the easiest and most adaptable form of planned progression you can use. You really can't go wrong.

2 – Forget what the "functional training" Nazis say, using a belt for your heavy sets isn't a crutch.

The body should be as functional as possible. That means the body itself should be able to do the required work without the help of any supportive gear.

However, when it comes to belts, there's no doubt that they can add a few pounds to some big lifts – squats, deadlifts, and cleans, for example – by increasing intra-abdominal pressure more than you can by using only muscle contraction (transversus abdominis and obliques).

The trouble is, you have "functional training Nazis" that label all belt use as a crutch. That is a bit extreme. I do most of my lifting without a belt. I never wear a belt when doing snatches, military presses, or push presses and very rarely when deadlifting.

I do use a belt, though, on cleans, back squats, and front squats when going above 85%. My execution of these lifts with large weights is actually better technically when using a belt and this allows me to lift more weight, with better overall form and more safely.

I'm willing to bet that my "core" is just as strong – if not stronger – than most of the functional Nazis who do everything without a belt and do tons of specific core work.

So yes, most of your work should be done without a belt. But using it on some lifts when going heavy is perfectly fine and will not make your core weak and non-functional. That's even truer if you do core-specific work on top of that.

Someone who squats 800 pounds with a belt has a much, much stronger core than someone who can squat 225 without one. Period.

3 – There's no such thing as a king of the exercises.

The big basic lifts will give you more gains than other lifts. However, not everybody will get great results from all of them.

For example, I've had a lot of clients fail to gain much leg size from doing back squats. The back squat is a great movement, but it will build the glutes and lower back more than the legs in some people. That's not bad if you're an athlete, but it's not so good if your goal is to build big legs.

I've also had people get almost zero pectoral growth from the bench press. Others didn't get much in the way of "aesthetic" muscle growth from doing deadlifts.

In these cases, is it best to stick to the squat, bench and deadlift because they're the "kings of lifts" even if these individuals don't get the results they want? Or should we use movements that give them what they're training for?

This isn't an excuse to avoid hard work on the big basics! These big lifts will work very well for most people. At the most there will be one of them that doesn't do much for you.

However, if, after training really hard on a big movement, it's not giving you what you want, it's perfectly fine to look for alternatives to develop the body you want. 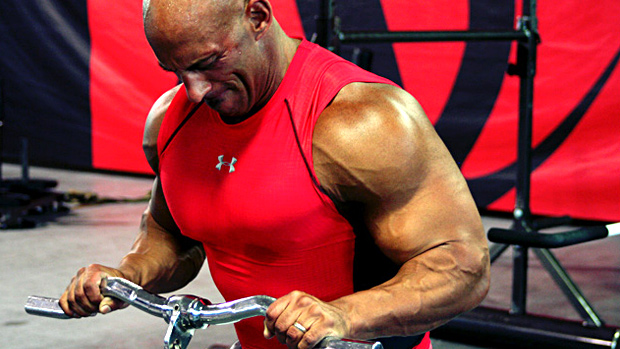 4 – If you don't feel the muscle, you're wasting your time.

If someone doesn't feel a muscle working during an exercise, he won't stimulate that muscle enough to grow at a maximal rate.

Even when training for strength – using heavy weights and low reps – you should feel the proper muscles doing the work. You will not get a big pump in these muscles from strength work, but the target muscles should feel harder after a set.

If you lack the motor skill to optimally activate a specific muscle during a big lift, you should consider using isolation work for that muscle to learn to recruit it and flex it maximally.

When you're good at recruiting that muscle, it'll become more involved in the big lifts. So in that regard, doing isolation work for a muscle you don't otherwise feel properly is an investment in future gains.

This is the progression I prescribe for someone who doesn't feel a specific muscle working during a big lift. I call it the "isolate to integrate" approach:

A CrossFit athlete severs his spine during a competition. Freak accident or something that could have been prevented?
CrossFit, Metcon, Training
Chris Colucci January 29 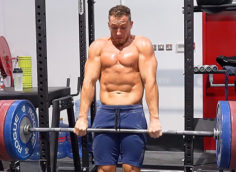 Nutritional tips for those who roll their eyes at the thought of counting, measuring, or recording anything, plus a cool new back exercise.
Bodybuilding, Diet Strategy, Training
Christian Thibaudeau December 8