What's the first thing we're told to do after an injury? 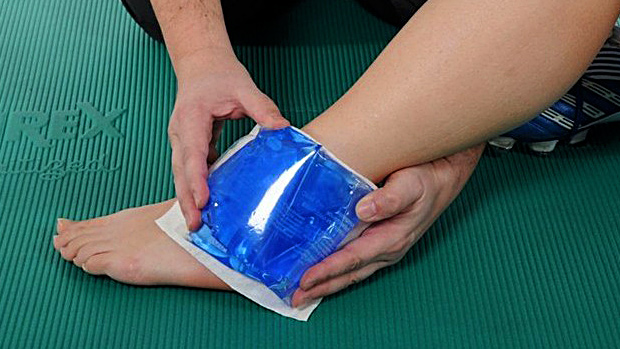 Rest it and ice it.

Well, if you read Gary Reinl's latest book, ICED!, you won't be so quick to follow tradition. You may, in fact, do the opposite.

Reinl does a superb job exposing the harm of icing an injury and lays out a revolutionary plan to expedite the healing and recovery process. If you want to heal quickly and efficiently, the bottom line is to not interfere with the body, and that's exactly what icing does!

The key to tissue healing is to allow waste products to be released and nutrients and healing factors to enter. As Reinl likes to say, "Garbage out, groceries in!" You must allow the inflammatory process to take place – don't hinder it with icing.

Now sure, ice can relieve pain, but it will cause a congestion of the tissue (a back flow of the interstitial space); it shuts off the signal between the muscles and nerves; and it doesn't help the evacuation of deoxygenated blood and waste. Therefore, it's counterproductive.

Furthermore, you don't want to immobilize an injured joint/limb. The waste products from injuries are evacuated through the lymphatic system, not the circulatory system (the particles are too big). Therefore, muscle contraction – instead of mobilization – is necessary to move lymph and eliminate these chemicals.

Now, you don't necessarily need to work that exact area of injury (it may be too painful), but just work that region of the body. Decongest the area of congestion by simply moving the affected area or region. If you're in a cast, simply moving your fingers or toes will help.

According to Reinl: "There can be inflammation without healing, but there cannot be healing without inflammation."

NSAIDs such as ibuprofen, aspirin, and others have many negative side effects. They can damage the gut, hinder absorption of nutrients, delay recovery, impair healing of tendons, and blunt the muscle hypertrophy response.

That being said, NSAIDs aren't completely useless. Break a bone in your hand or foot and it can take a while before you're back to normal.

Case in point, I had a client who broke his hand during a mixed martial arts competition. Forget weeks, this injury was lingering for months, and it was affecting his strength training. It hurt whenever he gripped anything.

After all kinds of therapy with no significant alleviation of the pain, he decided to fill the Vioxx prescription that was collecting dust and give it a shot. It worked. For the first time in a long time, he was pain-free and could train full-force again.

This lasted for about six months before the pain returned slightly. He popped a couple more pills and was off to the races again. His strategy was to use the stuff every six months thereafter to clear up any lingering pain and chronic inflammation. Vioxx was pulled off the market and he switched to Celebrex, but the result was the same.

So, the benefits may outweigh the risks if a small dose is taken once in a blue moon.

Generally speaking, though, the healthier alternative to NSAIDs is proteolytic enzymes, which work by digesting dead tissue that accumulates as a result of injury. Unlike icing, they allow normal fluid retention to take place, thereby reducing swelling and pain while enhancing the ability to heal.

3 – Rub the Pain Away With Topicals 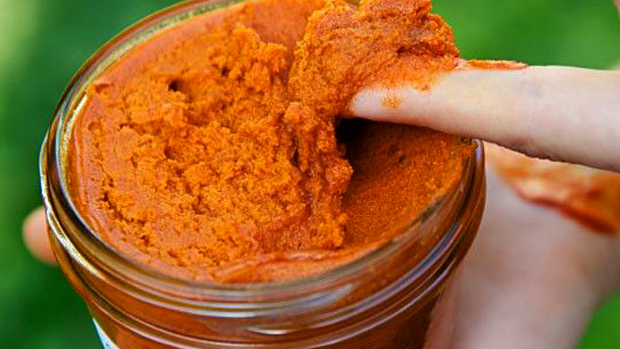 Capsicum has been used as a topical analgesic for centuries. It brings heat to the area, reduces pain and may help with performance when used pre-workout. You can find it in many topical creams.

For best results, add arginine hydrochloride (HCL) to the capsicum-containing topicals. Arginine causes vasodilation, thus bringing blood to the area. One gram of 100% pure l-arginine HCL per dose does the trick.

Just squirt the capsicum cream into a bowl, add arginine, mix the concoction until the powder is completely dissolved, and apply it to your skin 15-30 minutes before training.

Of course, there are better ways to bring blood to an area for healing purposes, one of which includes literally bringing blood to the area.

4 – PRP, a Crude But Revolutionary Treatment 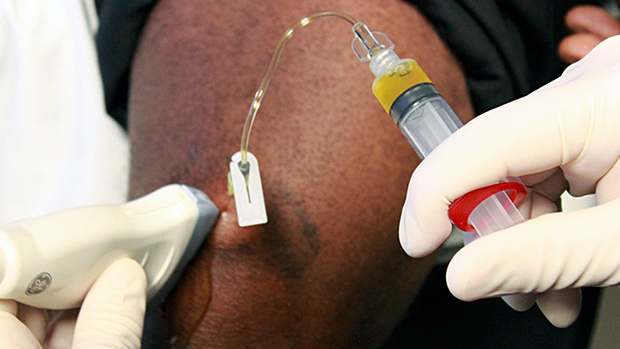 PRP (Platelet Rich Plasma) involves injecting your own blood into an injured area to repair muscle, bone, and other tissue. In may also help regenerate ligament and tendon fibers, which could shorten rehabilitation time and possibly eliminate the need for surgery.

The process is simple. A doctor withdraws a small amount of your blood and then centrifuges it down until the platelets (the part of the blood that contains all the healing factors) are concentrated in the bottom of the test tube. He then re-injects the blood directly into the injured area.

I had a colleague who was scheduled for rotator cuff surgery. He decided to give PRP a shot before going under the knife. The procedure was guided under ultrasound to inject the platelets right into the tear. In three treatments it was completely healed!

There are many physicians around the world that perform this procedure now. Make sure that you find a skilled one to do this though, as injecting the wrong tissue (e.g., a bursa sac) will cause more harm than good.

Several skin creams can be used to accelerate the healing of an injury. To clarify, while capsaicin products and the like are analgesic creams, I'm referring to actual healing creams. These products supposedly modify the action of neutrophils and the release of inflammatory mediators.

Traumeel is a popular choice for many. Unfortunately, as of August of 2014, Heel products are no longer available in North America. If you like this stuff, stock up quickly before the stores run out of their supplies. Fortunately, there are several alternative arnica creams that work just as well.

Another option that works well is castor oil. Known as the "Palm of Christ," castor oil can be quite effective. Put it on before bed and, according to many, you'll be pain-free the next morning.

A word of advice, though, this stuff can be quite messy. Expect to stain your clothes, so leave your designer PJs in the drawer. 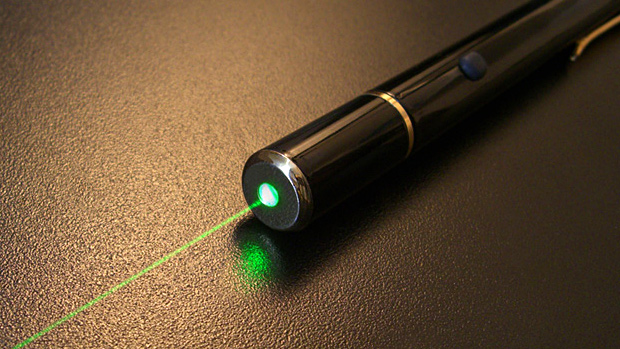 Here's a trick to help the absorption of any topical application, whether it's arnica cream, castor oil, DMSO, or any number of other creams – simply use a laser pointer. That's right, a 10-dollar laser pointer that you can pick up from any office supply outlet. It'll facilitate healing in a unique manner.

Apply a thin layer of cream/ointment/gel/oil over the injured area and then waive the laser over it like a magic wand. I won't get into all the science behind it, but just know that there are receptors in the body that are sensitive to the light, and once those suckers get turned on, they kick the healing process into overdrive.

Of course, avoid pointing the laser toward your eyes. Outside of that, it's a pretty safe treatment.

This variation of the farmer's walk ramps up the core, lat, and grip work required. Give it a shot.
Exercise Coaching, Powerlifting & Strength, Tips
Dean Somerset July 24 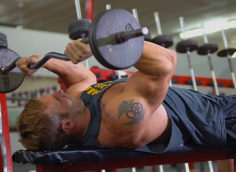 Not a newbie anymore? Then partial reps can be wildly effective. Here's why.
Bodybuilding, Tips, Training
Calvin Huynh January 24

Face pulls done right fix your posture, build your rear delts, and heal your shoulders better than anything. Here’s how to do them.
Bodybuilding, Powerlifting & Strength
Bryan Krahn May 2

Two anteriorly loaded squat variations, both with benefits and drawbacks. So which is best for you?
Legs, Powerlifting & Strength, Squat, Training
Dan Blewett March 20