You've heard of the glute-ham tie-in, the area that separates the glutes and hamstrings. In bodybuilding and figure competitions, judges look for a smooth transition between these two muscles.

It's therefore of great interest for physique athletes to optimize the appearance of this region. However, there are several misconceptions pertaining to the glute-ham tie-in.

1 – Do Cardio to Burn Fat in the Glute-Ham Area

I don't get it. We see so many physique athletes slaving away for hours on the Stepmill, claiming that it sheds fat and etches in the details in the glute-ham region. According to the research, spot reduction is a myth – it doesn't work.

The Stepmill can indeed hit the type I fibers and potentially aid in total muscle building efforts. However, this could also be accomplished via incline walking, cycling, the elliptical, or simply adding in some high-rep, low-load resistance training.

I'm not saying that cardio (or the Stepmill) should be avoided; just know that it doesn't preferentially burn fat in the glutes or hamstrings.

2 – You Should Do Special Exercises

I've overheard many bodybuilders and figure competitors mention that a certain exercise "really works their glute-ham tie-in." The trouble is, there's no glute-ham tie-in muscle!

The gluteus maximus is one muscle. You also have the hamstrings, which consist of the biceps femoris long head, semitendinosus, and semimembranosus and finally, the adductor magnus, which can also contribute to the appearance of the glute-ham tie-in.

There are plenty of exercises that do a great job of activating the glutes and the hamstrings at the same time. Deadlifts and back extensions both hit the glutes and hammies very hard.

There are also plenty of exercises that might make you feel sore in your lower glute region, like walking lunges and Bulgarian split squats. However, if you want to maximize the muscularity of the glutes and hamstrings, you'll need to perform a variety of exercises.

No single exercise will optimally build both muscles. Rather than looking for a special exercise to help you with your glute-ham tie-in, make sure you hammer your glutes and hamstrings with a variety of hip extension and knee flexion exercises, which we'll review below.

3 – Sprinting Will Improve Your Glute-Ham Tie-In

Sprinters tend to have impressive posterior chain development, and sprinting works the backside very well. So wouldn't sprinting be a good candidate for improving the glute-ham tie-in? The answer might surprise you. Sprinting is an ultra-high intensity activity.

Most physique athletes who decide to take up sprinting will fail to condition their bodies properly and will inevitably injure themselves. Several clients I've worked with have gone against my recommendations and implemented sprinting into their preparatory training and suffered negative consequences as a result.

Typical injuries include hamstring strains, hip flexor strains, and sacroiliac joint injuries. I can help you improve your glutes and hamstrings, but only if you're healthy.

Sprinting doesn't spot-reduce fat from the posterior chain and it doesn't activate the posterior chain muscles to a greater degree than hip thrusts or back extensions. These exercises are much easier to control than sprinting, and they lend themselves to slightly greater levels of metabolic stress due to the constant tension they provide.

One last thing – sprinters also lift weights, and much of their muscular development can be attributed to this. If you think back to how sprinters looked before weight training for track & field athletes was the norm, you'll note that their posterior chains weren't quite as developed.

My advice for physique athletes is to stick to weights and leave sprinting to the sprinters. If you insist on sprinting, then ease into things gradually and make sure you spend ample time warming up.

4 – A Smooth Transition Between Glutes and Hams Always Looks Best

An aesthetically pleasing glute-ham tie-in is in the eye of the beholder. I like a great deal of separation between the glutes and hamstrings and I like the glutes to pop out visually from the hamstrings. And I'm not alone.

Think about which ladies possess the most popular booties worldwide. Jennifer Lopez or Kim Kardashian probably come to mind. These ladies have big ol' booties and their hamstring development is lackluster, but it doesn't seem to be hurting their popularity.

Look at Bikini Olympia winners and note the emphasis on glute development over hamstring development.

In bikini, competitions are won from the rear, but glute shape seems to trump hamstring shape, which isn't necessarily the case with men's bodybuilding. For females that compete in bikini, glute training should probably be prioritized over hamstring training.

There are three things that are vital for aesthetically-pleasing glute-ham tie-ins:

This one is obvious, but it can't be stressed enough. If your body fat isn't low, your glutes aren't going to look good, at least from a figure or bodybuilding standard. Attaining low body fat levels is best achieved through a periodized combination of dieting, strength training, and cardiovascular training.

You won't be able to optimize your body fat levels if you fail to incorporate all three strategies.

The weapon of choice for glute development is the hip thrust exercise. Hip thrusts can be performed with a barbell, with bands, or one leg at a time. However, no exercise on its own will optimally develop any muscle. 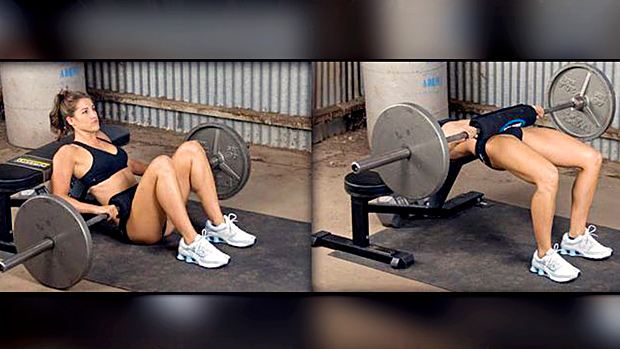 In case you're not familiar with the American deadlift, it's very similar to the Romanian deadlift, only you incorporate some pelvic motion. At the top of the motion, the bar moves straight forward as your glutes push the hips forward. Think of it simply as a glute-centric Romanian deadlift.

For rep ranges, hit the full spectrum – do some heavier sets in the 3-8 rep range, some medium sets in the 8-12 rep range, and some lighter sets in the 12-20 rep range. I'll even have my female clients perform sets of 30 when using bands for hip thrusts, monster walks, sumo walks, or seated hip abduction.

For optimal hamstring development, you want to utilize variety. You'll already be hitting the hamstrings hard with American deadlifts and back extensions, but make sure to add in good mornings, Nordic ham curls, glute ham raises, and various leg curls (lying, seated, and standing are all good choices).

Stick with low reps and an eccentric emphasis with Nordic ham curls and glute ham raises, but go for high reps and constant tension with the leg curl variations.

With most of my female clients, I focus primarily on glutes. It's not easy to create the coveted "pop" that gives the glutes such a 3D appeal. This is why we hip thrust multiple times per week. I'm trying to create a visual discrepancy between the glutes and the thighs.

When focusing on glutes, the quads and hams will become strong and shapely. This is due to the performance of squats, lunges, deadlifts, and back extensions. However, if I added in too many leg extensions, leg presses, leg curls, and glute ham raises, or if I prioritized these movements, then over time some of my female clients would develop legs that were too big for their liking and not enough glute prominence.

This doesn't happen with everyone, but it does with some, especially after a few years of progressive training. If you grow the legs without growing the glutes, it makes the glutes look relatively small.

Think of your body as a sculpture. Determine where you want to add clay, and then hammer that region with exercises that activate it. If you don't want more clay on a particular region, then avoid highly activating that area to the best of your abilities.

If you want to lose fat, engage in progressive overload, adhere to a sound nutritional plan, and judiciously do cardio.

Fairly new to lifting? Here's some harsh advice you might not like, but you should definitely take to heart.
Bodybuilding, Tips, Training
Paul Carter July 3

Injuries and forced training breaks are just part of the game. Here's a routine that gets you back in the groove quickly.
Bodybuilding, Powerlifting & Strength, Training
Tim Henriques July 1 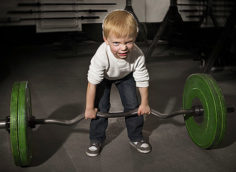 For years, pediatric organizations made weight lifting seem like it was as bad for kids as eating Tide Pods. Here's the real scoop.
Bodybuilding, Training
TC Luoma March 14 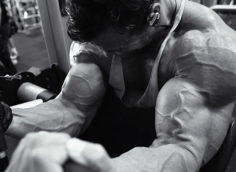