Rise of The Machines

What the heck has happened to our fitness culture over the past decade?

The explosion of "helpful" smart technology has trickled its way into the once simple and results-based process of staying fit. In today's gyms, you can't help but notice the mind-numbing trends and distractions in the hands of so many lifters.

Arnold said it best: "When I see guys texting [between sets], they aren't serious. This is Mickey Mouse stuff. You train or you don't. If you do something, then do it. Go all out."

There are four big offenders that need to be eradicated from gyms, or at least used correctly.

Believe it or not, pedometers and similar devices to track movement can be traced all the way back to Thomas Jefferson in the 1700s. So it's important to not be bamboozled by self-proclaimed "game changing technologies" like a glorified watch that counts how many steps you take.

Today, there are tons of different wearable devices that will monitor how much you move and estimate how many calories you burn.

Sure, the idea of moving more and eating less is a great starting point. But if a plastic bracelet is the difference between a person taking action to get healthy versus them wasting away into physical demise, maybe the "activity tracking thing" isn't the biggest issue they're facing.

Even with all the high stakes corporate funding being used to develop the next "breakthrough" fitness tool, there have been multiple studies looking at the accuracy and effectiveness of these tools.

Studies published in 2013 and 2014 have concluded that the average error on activity trackers can be as high as 15-18%.

If you're thinking that an 18% discrepancy doesn't seem all that bad, think again. If you eat 4,000 calories a day, an 18% variance in calories tracked is like "forgetting" to log that you ate a Big Mac and a large Coke. Whoops.

There was also research from last year showing that certain physical activities don't track as well as others. Stationary activities such as the exercise bike and elliptical tracked with the biggest error.

So all those cardio monkeys wasting away dozens of hours each week on the elliptical and stationary bike may the ones getting screwed over the most by devices that underestimate caloric expenditure due to low levels of relative bodily movement.

That band on your wrist doesn't know how fast your feet are peddling when your arms are gripping the handlebars and haven't moved for 45 minutes.

Be accountable to yourself and stick to a predetermined activity schedule that's written down on paper. All activity isn't created equal, so be sure to set specific goals for yourself and match your actions to those goals.

This seems like pretty simple stuff, and it really is.

Just like with lifting, adding more volume eventually leads to a plateau or injury. This is why setting goals to move with purpose becomes strikingly important.

The classic chest-strap and watch combo heart rate monitor has been around for a few decades, mostly popular with joggers, but only really took off with the recent advancement of biofeedback.

All of a sudden, heart rate variability monitoring (HRV) made its way from the military, where it kept our active duty primed for optimal performance in battle-type scenarios, into the general fitness population.

The technology itself isn't the problem. It's the well-meaning but misguided consumer that turns a hugely actionable tool like HRV into a way to self-justify not training hard or, for some, not training at all.

HRV monitoring is a way to track your body's daily stress metrics through an advanced methodology that can monitor, record, and interpret changes in your heart's rhythms and rates.

After administering the daily check-up, the system will rate your level of physical preparedness using traffic light sequencing: Red meaning to stop or avoid activity, yellow meaning you should modify the plan and train with caution, and green meaning to go all-out.

Many elite athletes do successfully use HRV to learn more about their body's recovery mechanisms and fine-tune their approach to training, but that's exactly the issue. It's an advanced tool meant for elite athletes, not necessarily for the general public searching for quick fitness answers or shortcuts.

The last thing we need is to give someone who already has motivation issues another reason not to hit the gym that day or not push their intensities to the necessary levels.

Fitness isn't a day-after-day sprint, but rather a long-term marathon... as long as you don't actually run marathons, of course.

If you feel it absolutely necessary to strap on a heart rate monitor to create data points, start with basic monitoring during a workout. It can be awesome to see just how much high intensity strength training can jack up your heart rate for the duration of a session.

If you're using a monitor intra-workout, proceed with your routine as usual. Review the data after you finish the session, and record your progressions for all movements and methods you employed during that workout.

But fight the urge to break out your phone for a real-time status update about how hard you just kicked your own ass. You don't want to be mistaken for a Mickey Mouse gym-texting bro, do you?

Isn't the simple act of breathing already hard enough when you're seriously pushing the limits of your training without strapping a mask to your face that makes you breathe through a half-clogged garden hose?

While the oxygen deprivation mask isn't truly "cyber" technology, it makes the list for not only making you look like the skinny-fat version of a Batman villain, but also for the damage it can do to the cardiovascular system and actual breathing mechanics.

It's actually difficult to correlate studies that evaluated the efficacy of various forms of hypoxic training such as high elevation and closed chamber, oxygen-deprived rooms.

The research is spotty on specifically using an oxygen deprivation mask itself, and it wouldn't do any good to make ballpark comparisons with this style of training. The mask truly should stand alone in its stupidity.

With all the oxygen deprivation mask's shortcomings, there was actually one meta-analysis that actually showed that training in an oxygen-deprived environment may have the ability to reduce waist circumference and effectively reduce arterial stiffness.

I'm sure that's exactly why so many Average Joes are strapping this thing to their faces while repping out supersets or running around the track. For their arterial health.

Posture with increased kyphotic spine positions, internally rotated and protracted shoulders, and a forward head position predispose our respiratory muscles to overexertion on a frequent basis.

And this viciously-debilitating postural cycle is just when we're sitting still. Think about what happens as we include training volume, intensity, and exercise choice into the equation.

Posture obviously has a major carryover into training and performance, and it can actually predispose certain regions of the body, such as the lumbar spine and shoulder region, to increased rates of injuries.

Using an oxygen deprivation mask with an individual who already has dysfunctional posture and poor mechanical breathing patterns is a recipe for total disaster, like handing the car keys to a one-eyed drunk.

No big surprise here, just take off the mask!

In a society that "likes" social media pictures of NFL pros and MMA stars hitting the treadmill wearing this unsightly and simply dysfunctional gimmick, I challenge you to break away from the crowd.

Master your posture, enhance your breathing strategies and techniques, and only then might you even begin to think about taking the next step to train in a legitimate hypoxic environment.

The smartphone revolution has taken its toll on the fitness community -- from the multitude of misguided fitness apps that put you through worthless cookie-cutter workouts to impromptu Facetime calls mid-set on the ab machine. (Seriously, I've seen it multiple times from the same offender.)

The "smart" phone has dumbed down many peoples' workouts.

You could try to argue that downloading free training apps is better than going to the gym without any plan at all, but let's get real. If a generic and randomized workout written by a highly-unqualified computer programmer is your version of "good training," you've got even bigger issues to address.

Can't we all just live in the present and concentrate on what we're doing? Training takes focus, passion, and effort. Training takes the ability to define your goals and match them with your actions on a consistent basis.

None of these things involve your phone. Well, unless you want to tweet about your passions.

How about we step up and put in the effort to find a training program that's actually in line with our goals. Even for novice lifters, with enough time spent educating yourself on movements and programming strategies, you can build a solid foundational program for success.

Geez, if only there was a website that consistently published articles from all the best minds in the fitness industry, and laid out the training process as simple as possible. It could be, like, a Nation of information.

As for the frequent cell phone use while training, enough is enough. Just put the phone down or, even better, leave it in the car before even going into the gym.

Many gyms across the country are starting to adopt a "no cell phone" policy, but it's been met with an expected uproar from the gym bro population. If you're so emotionally attached to your phone that you can't go without it for 75 minutes, first, get help. Second, at least have the decency to take calls after your set, not during.

If you're a squirming cell phone addict and social media junkie itching for your next fix of Instagram, sometimes you just can't trust yourself. Take the phone out of the equation and maybe then you'll be left with your own thoughts just long enough to actually improve your training and make some gains in the process. 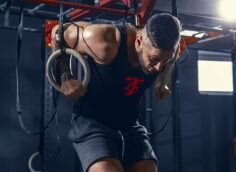 An inside look into the drug use of a real IFBB pro bodybuilder.
Bodybuilding, Living Better, Pharma, TRT
Shadow Pro January 8 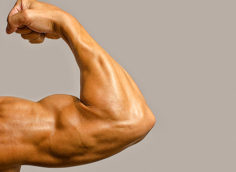 The 21s method is a proven muscle builder. Here's how to make it even better.
Arms, Bodybuilding, Tips, Training
Nick Tumminello October 16