Bodybuilding is built on the spirit of ingenuity and progress. Since day one coaches and trainers have searched for better ways to build muscle size and strength, whether by experimenting with new exercises, different loading parameters, even adopting new equipment.

I know the idea of new equipment can be controversial since hardcore coaches boast about how 90% of their training is done with basic barbells and dumbbells, but increasingly these same coaches are using tools that simply weren't around a generation ago.

The good news (for you) is many of these innovations have found their way from the high-tech performance centers to the mainstream gyms.

For example, 15 years ago, you'd have had a better chance of finding Al Gore waving glow sticks at your local rave than bands and chains at the neighborhood gym. But today, most serious training centers have bands and chains.

Let's follow in the tradition of bucking the establishment and look at 4 powerlifting gadgets designed to amplify upper body mass.

So one day you realized you had triceps like a schoolgirl and decided to declare war on them. The first tour started with skull crushers and ended in defeat, not to mention a pair of cranky elbows.

The second tour started with pushdowns and ended with more pushdowns...and zero growth in your pesky triceps. Now you're on your tenth tour.

The Sling Shot is the brainchild of Supertraining Gym owner, Mark Bell. This contraption is advertised as a supportive mechanism that lets you to handle more weight while bench pressing, but it can actually do much more.

As an elite lifter, Mark designed the apparatus to mimic natural muscle movement by lengthening and shortening with the muscles. This gives support on both the negative and the positive phases of the bench press.

The result is that the Sling Shot allows a lifter to handle an additional 10% on the bench press so if you can bench 300 pounds, you can do 330 pounds with the Sling Shot.

But the Sling Shot isn't just for equipped powerlifters. I've used it with elite raw bench pressers like Robert Wilkerson and "Big" Al Davis as it helps them handle supramaximal weights through a full range of motion. Additionally, stress is reduced on the chest, shoulders, and elbows, while overloading the triceps.

What about bodybuilding? A bodybuilder may have a couple months in the off-season to focus on bringing up his triceps. Let's say he hits them hard once a week. That isn't sufficient time to incorporate a gadget like a bench shirt due to the significant learning curve.

Not the case with a Sling Shot, it's simple to use – just throw it on and go!

The monstrous loads being used and the reduction of chest and shoulder contribution amounts to a perfect storm for stubborn triceps, resulting in some very rapid triceps growth along with a bigger bench press.

Close grip bench presses with a regular bar or neutral grip bar are obvious choices, but even weighted dips can be done with a Sling Shot, allowing for heavier weights and greater triceps overload.

Here's an example of a bodybuilding arm workout using the Sling Shot:

Many studies show that bands and chains can get you stronger. What many lifters fail to realize is that the adaptations are not only neural, but highly anabolic.

In other words, bands and chains can help you get stronger and bigger!

The barbell bench press is a great example of the potential benefit of bands and chains. As a lifter lowers the barbell down to his chest and then pushes it back to arms' length (the starting position), the resistance (bands/chains) decreases on the way down and increases on the way up.

Look at what's taking place – as you complete the press, more force is required to finish the lift, and as the range of motion increases, so does resistance. This results in an opening of the anabolic gateway simply because you're forced to recruit more muscle fibers. That means more growth and increased strength.

Chains feel much more like a barbell bench press using standard weights than bands do. In a way, chains are the missing link between band-resisted movements and movements that use traditional iron.

Typically, chains are draped from the end of a barbell. Using the bench press as an example, the chain will subsequently unload link by link on the floor – meaning as you descend into the bottom position, resistance will be the lowest where you're the weakest. As you lift the weight back up, the resistance will increase as each link is lifted off the floor.

Most folks can lock out more weight than they can bench through a full range of motion. This is because your leverage improves as you lock out the weight, so with chains resistance increases where you can handle it. This causes a hellacious overload through the entire movement.

Bands work similar to chains – as leverage improves, resistance increases. But bands in the bench press don't just hang off the bar onto the ground – they're attached to the floor, whether around a dumbbell, a specialized attachment, or even just the bottom of a power rack.

As the two ends of the band get closer together on the descent of a bench press, the resistance decreases; as you press the weight back up and the bands pull farther apart, resistance increases.

Bear in mind, bands cause an over-speed effect on the eccentric portion of the movement. Performing high reps or using them too frequently puts you at a greater risk of overtraining. But there's a positive point here, too – greater eccentric stress can help elicit greater muscle growth.

High-rep band training on pressing movements should generally be in the 6-8 rep range.

Bands and chains don't have to be used for just core movements. Think outside the box and throw a band around the pec dec, or put it around your back and do dumbbell flyes. Do lateral raises with chains. Experiment!

Take a look at one unconventional strategy I've used with clients like Branch Warren to raw bench press phenomenon, Al Davis, shown in the video below:

Dumbbell flyes are a great chest exercise, but for those with shoulder problems they may fall on the risk side of the risk-to-benefit ratio due to the excessive strain in the stretched position. In this situation, many opt to perform cable flyes instead.

This allows you to get some of the stretch of a dumbbell flye, but as your arms abduct to the fully stretched position, the chains unload on the floor, removing much of the strain off the shoulders. As you adduct, or squeeze your arms back together, the chains start to lift off the floor again, providing the peak contraction advantage of the cables.

This traditional "stretch" movement has morphed to a "stretch and contract movement," and is now an economic isolation exercise.

Bands and Chains: Points to Ponder

Achieving maximum muscular development requires an emphasis on eccentric training, as studies show lifters can handle up to 160 percent more on an eccentric movement than a concentric one.

Powerlifters often use weight releasers to help take advantage of this sizeable training effect and bodybuilders are increasingly starting to get in on the action. In fact, I used them as part of Cory Mathews' training regimen in preparing for his IFBB Pro Card win in bodybuilding this year.

With weight releasers, overloading the eccentric portion of the first repetition leads to greater concentric force on the ensuing repetitions. In other words, because you lift more on the way down on the first rep, you can lift more weight in ensuing reps and gain more muscle.

Check out powerlifter Ed McKelvey using weight releasers in the video below:

How to correctly perform a bench press with a weight releaser:

Important note: For weight releasers, anywhere from about 5-25 percent of the bar weight can be used on the releasers to build muscle. These can be performed with a drawn-out eccentric or at a traditional tempo.

If done without purposefully slowing the eccentric, the positive portion of the rep should feel much more powerful due to the overload of the stretch shortening cycle.

Here's one strategy to use weight releasers on the bench press for muscle growth: 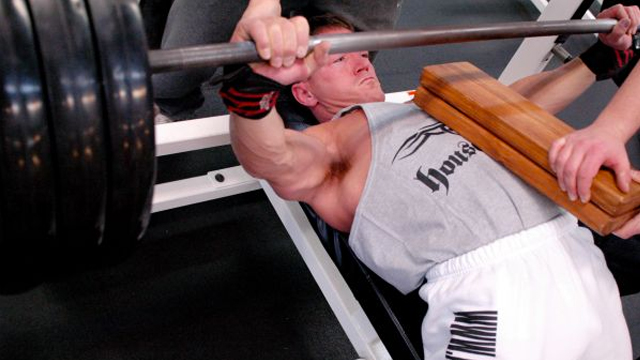 Board presses are the bread and butter Max Effort exercise for many top equipped bench pressers. However, this movement can serve as a valuable tool in a bodybuilder's training regimen.

Using maximal poundages on the board presses results in a mammoth overload on the triceps. In addition, board presses can allow even the most shoulder-weary warrior the ability to keep on pressing.

From a strength perspective, boards provide sufficient overload to targeted portions of the bench press. However, the potential problem is the lack of transition phases within the bench press.

This should be a point of consideration for raw powerlifters looking to add numbers to his/her bench, but if you're trying to overload the triceps, then pile on the pig iron and go to town!

Board presses can be used for strength work at or above your 1RM, for repetition work, burnouts, and even drop sets. To further overload the triceps, do board presses with a close grip.

Here's one of my favorite board press mechanical drop sets:

Voltaire said, "It requires ages to destroy popular opinion." Why not try going against the grain for a better gain? The risks are minimal and the rewards could exceed your wildest expectations. 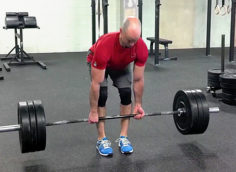 This accessory lift teaches you to maintain tension, and it increases time under tension during most lifters' weakest phase of the deadlift.
Deadlift, Exercise Coaching, Powerlifting & Strength, Tips
Tony Gentilcore June 16 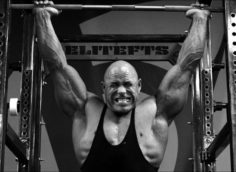 Build your shoulders and save your back with these clever lifts.
Training
Dan North January 13 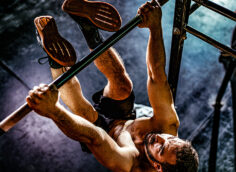