Paul Harvey made a career with the statement, “And now, the rest
of the story.” I think most readers will recognize the phrase and
perhaps, like me, they’ve leaned in to hear what interesting turn
the story we’ve been hearing is about to take. 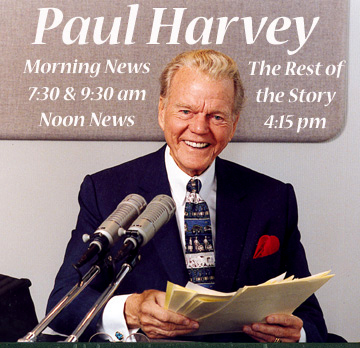 When the Beijing Olympics finished, a lot of people came up to
me and asked, “Do you think the Jamaican sprinters are using
drugs?” When I caught my breath after laughing for a few minutes, I
mentioned that there may be an “outside” chance that one or two
athletes somehow slipped past and, just maybe, a sprinter may have
beaten the tests.

But I also know that, soon, I’m going to hear the rest of the
story. It might be something new in the world of training, or
something spectacular that we’ve all just missed. Most likely, the
answer will be simpler than we all think.

There’s Usually More to The Story

In one of my favorite books, John Jerome’s The Sweet Spot in
Time, the author makes a wonderful, but naive, point regarding
the East German swim team at the 1976 Olympics:

“Observers maintain that the East German
‘breakthrough,’ if any, is not in basic science, not in
physiology of training, but in development of the computer programs
which can plan workloads with such precision.

“For the East German women, who dominated swimming for a
period of years before and after the 1976 Montreal Olympics, the
method seemed to work, at least for a while. For the East German
men, interestingly enough, it did not.”

Well… I’m sorry… but it might have been something
else. If you’re really interested, watch this great special from
PBS and you may realize that computers helped a little, but essentially
turning women into men helped even more.

So that’s the rest of the story, and the longer I play in
this game called strength, fitness, and health, the more stories I
hear.

Old Stories Worth Hearing Again (For the First
Time)

Years ago, I had a great interview with Dick Smith, the master
of functional isometric contractions (FIC), a training trend
that swept the world in the early 1960’s. Simply, one pushed and
pulled against immobile objects until muscularity and fat loss happened. 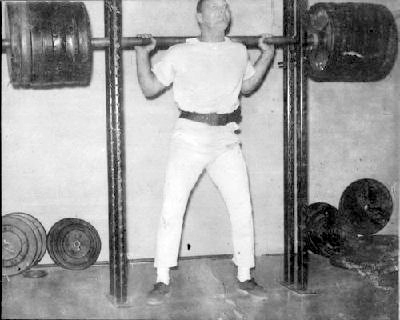 Dick Smith during an FIC workout.

This was almost 50 years ago, so nearly all of this method is
lost, but I have dozens of articles cataloging football teams that
“won overnight” by pushing and squeezing for a few minutes a day.
As a coach, I can tell you that any program that promises instant
strength increases in minimal time will get
noticed.

Later, of course, writers such as Terry Todd and John Fair
opened the door that anabolic steroids were the rest of the story.
(Fair does a marvelous job in this issue of the Journal of Sports History.)

Those “pink pills,” the original steroids, were touted as
something that would basically help you digest protein. Through the
1960’s and 1970’s, many writers, including Vince Gironda, would
emphasize that digestion was the missing link in super muscularity
and size.

Papaya extract, HCL pills, and a plethora of awful
metallic-tasting things were sold to mimic the effects of drugs. In
any case, the verdict on isometric training was that “it” didn’t
work; the steroids made the lifters improve. But, the story
continues.

A few years ago, I had trouble standing up with cleans at a
weightlifting meet, so I called Dick Smith. His advice? Get in the
rack! First, Dick emphasized that you simply clear the bottom pin
in rack work. One didn’t need to use static things, like door jams
or your other limbs. He emphasized using maximal weights in the
rack.

The perfect weight is one when all you can do is clear the
weight off the rack and hold it for all you’ve got. I took Dick’s
advice and found that the human body can clear a lot of
weight off of a rack. 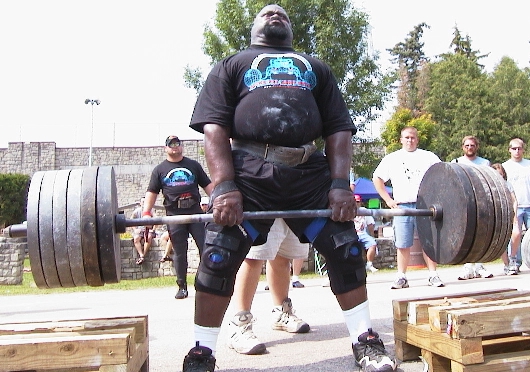 Second, he was very clear that one quickly overtrains in the
rack, but at the same time, doesn’t notice this overtraining
at all. I found this to be true. In 1991, I went on a serious
imitation of Bill March’s program (one of the original
“experimenters” in isometrics).

I got very strong… then I pulled my right trap. My friend,
Paul Northway, commented, “God, you jerked 315 off the rack without any warm-ups.” I got seriously strong and badly overtrained
mixing programs, and I commented in my journal, “This stuff
works!”

Later, after talking with Dick again, I began my dead stop front
squat program, to cure my sticking point in the front squat. The
best thing I ever did for my front squat strength, which is a basic
indicator of total leg strength, was to purchase an inexpensive set
of sawhorses (I got them adjustable, to set at my exact sticking
point).

I packed on a lot of plates and squatted from the dead stop,
bottom position. It worked wonders! I could’ve purchased a rack for
$2000, but the sawhorses were about 70 bucks.

The term “dead stop” simply explains having no rebound or bounce
on a lift. It works wonders for the bench press and military press,
too.

In just a few weeks, I fixed a serious issue. Here were my
observations:

1) Six singles, max! I believe I’d argue for less now;
after a couple of warm-ups, maybe two or three total effort reps.
(Dick wouldn’t agree with this, but I don’t just clear the bottom
position, I stand right up, so the weight would actually be
less.)

2) To warm-up, I like 2×5 with 50% of the estimated max in the
full motion. For example, 165x5x5, if you’re using 330. I tried
doing dead stop front squats cold (no warm-ups at all) and it
works, but I noticed that my hips/psoas killed me the next few
days. Of course, I’m a geezer. Young bucks might not need
it.

3) I’d agree with some who argue that one day a week is good,
and you could do three if you’re only doing one movement in the
rack. This is going to be an experiment of one – what
works for you and your weak points.

I did three days a week for about two weeks, then I started
hating lifting (again) and I stopped improving. Two days, at the
most, would work for me… I think.

The rest of the story is that, yes, isometrics work. FIC (rack
work) could be the answer for those of you with sticking points in
any basic “anti-gravity” lift. The deadlift from the floor is
certainly a “dead” stop, but raise the bar up into the rack and see
how much you can pull from just above the knees.

Tip #2: The Necessity of Abdominal Training

If you want to show off your abs… or core… or whatever you
call it, go on the Velocity Diet and call me in 28 days.

As a reminder: Dan John before, and Dan John 23 pounds
after.

Someday, each of you is going to pay for the 10,000 crunches
that you were sure would build a six-pack. Instead, it built
a bad lower back. Ab work does absolutely “nothing” for you. Just
ask any long-time strength trainer.

And now, the rest of the story. I’ve been in touch with Dane
Miller, who has been training with Dr. Anatoli Bondarchuk. “Bondy”
is a legend in strength training, and Miller changed the way I’ll
look at abs forever. Imagine a mathematical formula as a template
for your training program.

• D is your goal. It could be an athletic performance or a
certain amount of lean body mass.

• A is an upper body movement, let’s say the bench
press.

• B is a full body movement, like the
deadlift.

When I increase B, either by max lift or increased volume, I’ve
noticed that D improves. Therefore, dropping B is universally bad.
No matter what your goals are, you should keep deadlifting, or
squatting, or whatever. Generally, increases in A have some effect on D, but it’s more difficult to see the
value.

Which leads us to C. Increasing ab work doesn’t seem to
help us with the goal. I’ve seen guys using ridiculous weight on
45-degree abdominal boards. What’s the point, besides back surgery
before you’re middle-aged? 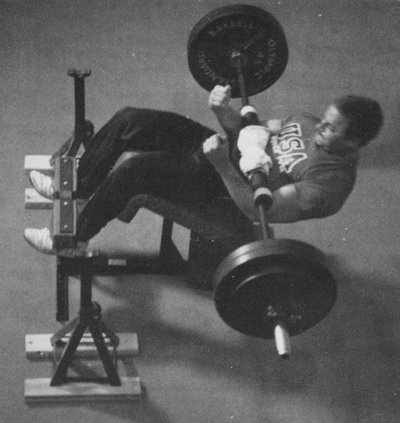 So, why do abs? Well, according to Miller, when you drop C, A
and B go straight to hell, which we already know is going to impact
D so fast it’ll make your head swim. In other words, abs support
your training goals as much as they support your internal organs!
You have to do abs, simply to support the whole training
system.

That’s the rest of the story with abs. No, working your abs
won’t help your six-pack, but it will support all your efforts to be able to show off your six-pack.

Tip #3: Fat Loss is About Intensity

It’s official. I’ve received my 10,000th email asking about the
fat burning “miracle” that is HIIT and/or the Tabata protocol.
Years ago, I bored the world with my article on The Tabata Method.

Ever since then, I’ve had dozens of emails saying that people
did “Tabata sit-ups” and got none of that pain I waxed so
eloquently about. My friends… never compare sit-ups to
front squats.

It’s like comparing your neighborhood street football game to
the NFL. Yes, you got a stinging two-hand slap from ‘lil Timmy down
the block. That doesn’t quite compare to being manhandled like a
puppy’s favorite chew toy. 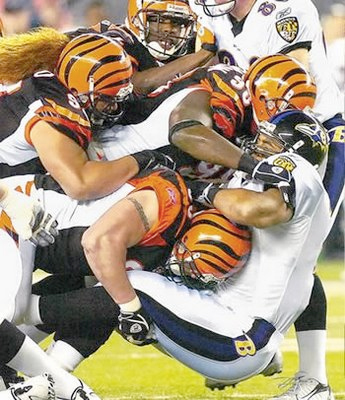 The HIIT workouts I’m told about are the same idea, too. One guy
was “pouring the coals” to a vigorous interval treadmill workout…
30 seconds of high intensity jogging with five minutes of easy
walking. For the record, I have no idea why people email me about
anything beyond lifting and throwing.

I decided to figure out just what “HIIT” was. The best material
I found was a summary from Dr. Tom Fahey: HIIT – High-Intensity
Interval Training Workout: A Time-Efficient, Low-Volume,
High-Intensity Training Strategy For Building Cardiovascular
Endurance. Tom, an old friend and a great discus thrower,
summed up the basics of HIIT very clearly, but I needed something
more.

At a Highland Games fundraiser, we once sold “attempts” at a
farmer’s walk with 105 pounds per hand. To keep the event going, I
had to jump in every few attempts and take a 30-second walk to
reset the weights. The next day, and for several days after,
Fahey’s insights suddenly made sense.

Listen folks, this is Testosterone. Would you rather do a
30-second treadmill jog or would you rather march around
death-gripping heavy dumbbells? I’m only allowing one answer. For
your HIIT workouts, strap on a heavy sled, or grab two heavy
dumbbells, and crush yourself into fat-burning mode.

This idea is a work in progress, but before you know it, you’ll
hear the rest of the story.

For Those Who Missed the Points:

• To fix a problem, consider a short experiment with dead
stop (FIC) movements exactly at your sticking point. Don’t do a
billion reps, just a few.

• Ab work won’t give you a six-pack. It will, however, be
the best support work you can do for your entire training
regimen.

• Instead of embarrassing yourself on a treadmill, burn fat
using a barbell or dumbbell with either Tabata front squats or a
HIIT version of farmer’s walks.

And that’s the rest of my story, anyway.