Compared to when I was cutting my teeth in this industry almost 30 years ago, I'd characterize today's fitness scene as being information-dense, yet knowledge-starved.

As an old colleague of mine used to always say, "We're swimming in a sea of information, yet we're drowning for knowledge."

Thanks in large part to the proliferation of the Internet, nearly everyone today has cheap, easy, fast, unlimited access to an absolute universe of data. The challenge however, is learning how to cull the rare pearls of legitimate information from the nonsense.

In this article I'll present 3 important questions you can apply to fine-tune your critical-thinking ability. Better critical thinking leads to better decision-making, which in turn leads to more results from your workouts. So with that, let's get started.

This first question is designed to distinguish between "what works?" and "what's optimal?" Look, let's be honest – almost anything you do in the gym has the potential to "work," as long as you don't get hurt in the process.

So to simply ask whether or not something works is a poor form of inquiry. A much better question is, "Compared to what?"

Imagine a college-age kid who's trying to furnish his first studio apartment on limited funds. Staring at his empty apartment and then at his meager bank account he thinks, "OK, what do I really need most?"

Sure, it'd be great to have a sofa or a TV, but he can't justify those items given the fact that he's sleeping on the floor and living on fast food because he doesn't have basic kitchen supplies.

As an athlete, I want you to think like this when evaluating your exercise menus and decisions about loading parameters. I want you to stop behaving as if you've got an unlimited budget, because you don't. Your resources (which I define as time, energy, knowledge, orthopedic status, and money, among other things) are limited, and must be allocated toward the things that provide the most bang for the buck.

Over the past several months, I've heard a few different prominent (I never quite know what to label these folks) "strength/fitness authorities" state their opinion that Get-Ups (often known as "Turkish Get-Ups") as the "best" exercise that anyone can do.

Now I'll allow for the inherent flaws that these "best" type of questions all possess, but that aside, how can you honestly prescribe the Get Up as the best exercise for any large group of trainees?

Although I do like the minimal equipment requirements and the mobility/stability benefits, the Get Up is a high-skill, usually low-load (with some exceptions certainly) movement that does little to promote or enhance strength, power, or lean body mass.

I certainly see the benefits of this movement from a physical therapy perspective, but I have a tough time appreciating the value from a "bigger, faster, stronger" point of view. So, returning to the premise of "compared to what?" please permit me to compare this with the barbell hip thrust – a movement that seems to generate reams of controversy for reasons that continue to elude me.

In other words, Hip Thrusts are very low cost (see point #2 below), and provide enormously safe and effective strength and power benefits to the posterior chain – a group of muscles that are pivotal to both athletic performance and everyday life, not to mention aesthetics.

Again, I don't deny that Get Ups have value for certain people at certain points in their development, but to say that they're the "best" exercise for general trainees, compared to dozens of demonstrably better movements that have stood the test of time, is baffling and maddening.

The next time you find yourself doing a particular exercise or loading pattern, ask yourself if it's truly the best use of your time and energy for that moment. If the answer is "no," make the necessary changes right away.

As I've said many times, "Everything you do in the gym has a cost, but not everything necessarily has a benefit."

Because all fitness-related pursuits involve "getting out of your comfort zone" (read: "pain"), there is a persistent, almost Pavlovian response for trainers and trainees alike to assume that more is better. And of course sometimes, it is. What we usually fail to consider however, is the cost.

One example of this that especially pertains to "general" fitness folks is aerobic exercise, which often assumes the form of jogging. As compared to a number of possible alternatives (such as lying on the couch eating Cheese Doodles, for example), jogging is "good."

Meaning, it is at least a form of movement, and it does after all burn calories, improve certain measures of cardiovascular fitness, and for some at least, improves what we might call "well-being."

An argument can also be mounted that jogging requires very little in the way of skill, equipment, or facilities.

The costs of jogging however, are considerable, and often not appreciated or adequately considered:

I'd like you to start thinking of your gym-time less like a strength coach and more like an economist. Don't simply look at the benefits of exercises – look at the costs as well. Be frugal. Only spend when you must, and even then, only for the best bargains.

Skepticism is an extremely valuable trait to have when your goals include getting bigger and stronger – the strength-training industry is rife with absurdly ridiculous methods, products, and claims.

Over the past several years, I've noticed that many of us plate-head types are losing our appreciation for the value of science and the type of critical thinking that it demands. Personally, I credit T-Nation contributors Nick Tuminello and (my training partner) Bret Contreras for renewing my own appreciation for these concepts.

For some reason, skepticism is often regarded as a "negative" attitude. In reality however, what could be better than possessing a highly-developed and reliable bullshit detector?

As Michael Shermer brilliantly explains in the video below, "believing" in goofy things is the default condition of the human brain, and long ago, it had survival value for our primitive ancestors living in a dangerous world.

Today, however, especially for those of us interested in maximizing our physical potential, it pays to be skeptical. After all, the overwhelming majority of fitness enthusiasts out there are following dangerous, ineffective exercise programs and paying good money for worthless supplements. Developing a skeptical attitude and a healthy appreciation for science can prevent these pitfalls.

The following 3 suggestions will serve to help you make practical use of the information I've just presented. Please consider taking action on all 3 right away.

Your teacher always said that ditching math class would come back to bite you on the butt and she was right. Luckily, Nick Tumminello is here to show you how vector mathematics can improve your workouts. (Really.)
Training
Nick Tumminello December 18 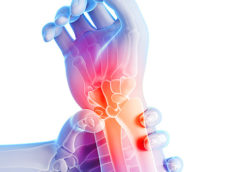 Heavy pressing can wreck your wrists. Here's how to avoid that.
Training
TJ Kuster October 24 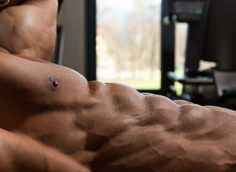