Most lifters view cardio as a necessary evil because it's good for the ticker and, if done for excruciatingly long periods of time, might actually burn some fat.

But there's always the fear that cardio, in addition to being boring, is going to slowly eat away at your muscle and your sanity. That's why the best cardio involves appreciable muscular effort and lives on the cusp between aerobic and anaerobic.

Enter HIIT training, where you bust balls for anywhere from 20 seconds to 2 minutes, followed by the euphemistic "active recovery period" – which means just slowing down to the point where you're just sort of dicking around on the exercise until you catch your breath.

It has the same heart-protective effects as regular cardio, but it takes less time and increases the number of mitochondria in the muscle, which could lead to huge improvements in strength-endurance.

Plus, if you're dieting, HIIT can put the finishing edge on the final product, kind of like when the hygienist polishes your teeth with minty stuff after she's done scraping at them with a miniature garden hoe.

In my experience, the following three HIIT workouts are the most effective while being the most accessible, and science seems to back me up on the "most effective" part on at least two of them.

The method described below – at least according to a study from the University of Wisconsin – burned an amazing 400 calories in only 20 minutes (1). Not only that, but the workout led to greater increases in epinephrine and lactate, which led to higher levels of PGC-1alpha, a protein that plays a role in the production of new mitochondria.

Here's a simplified version of what they did:

Groan. This one pains me. I've made fun of these in the past and I still can't walk by someone doing these without fantasizing how much they'd kick if I were to hang them with their sweaty rope, but science says they're effective.

Here's the protocol they used:

There's no active recovery phase here, but that doesn't matter much because the rest intervals are so short. If you don't feel like doing the fancy-schmancy variations, just wing it and do whatever you feel like – waves, slams, roping cattle, whatever.

Next to the HIIT kettlebell protocol described above, and perhaps uphill cross-country skiing, uphill treadmill walking is probably the most effective calorie-burning, mitochondria-growing, and fitness enhancing exercise you can do.

Assuming a speed of 3 miles per hour, each additional 5-degree increase in the angle of incline will burn (roughly, very roughly) about 64% more calories than doing it at zero incline.

While I couldn't readily find any protocols that had been lab tested, here's the protocol I use:

If your gym's treadmill maxes out at a 15-degree angle, go ahead and follow the structure of the above template (one minute of exercise followed by one minute of active recovery), only instead of increasing the incline, increase the speed by .2 or .3 miles per hour each "set").

Continue doing sets until the lights are turned off, or until you feel you've had enough.

These HIIT workouts won't negate the effects of your weight workouts. They're too short to "whittle" away any muscle, and they're not sufficiently draining to dip into your recovery abilities. Hell, these workouts can actually build muscle.

Keep in mind, too, that you don't need to follow the protocols above exactly as described. Some of the slight variations, e.g., switching hands between KB swings or rope swings, or using rope waves vs. slams, or walking uphill for one minute instead of two, probably doesn't matter much.

If they make the exercises less tedious, do them. It's more likely the actual activity that counts and not the precise manner in which you do them. 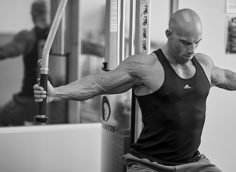 Simple, but not easy. Here's how to stimulate hypertrophy like never before.
Training
Christian Thibaudeau January 7 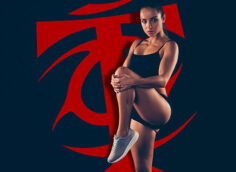 If you want to get finally fix your tight hip flexors and stop hurting, you need more than mobility work and stretching. You need strength!
It Hurts Fix It
Dr Tim DiFrancesco November 23 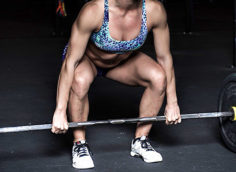