Doing 100 reps without stopping isn’t just a mental challenge, it’ll also improve capillarization, making it easier in the future to get vital nutrients into the muscle cells.

Additionally, it’ll increase the glycogen storage capacity of the cells, meaning that you’ll be able to train with higher volume in future workouts, not to mention getting an awesome pump.

Rest for however many reps short of your 100 target you are, converted to seconds. For example, if you got 40 reps, you’re 60 reps short, so you’d rest for 60 seconds.

Then continue towards your 100-rep goal. If you’re able to then get to 87 reps, rest for 13 seconds (count them off in your head) before pumping out a brutal final 13.

Pyramiding involves doing a series of sets where you increase the weight and decrease the number of reps in each successive set.

This technique is most applicable to exercises such as bench press and barbell curls. It’s most effective (and safest) if performed with a partner assisting with forced reps.

Use just enough weight in each set so you can just perform the required number of reps.

On most movements, smaller muscle groups give out before the larger target muscle is fully stimulated. Plan to first isolate and fatigue the largest muscle you’re about to work before training it in conjunction with smaller muscles.

You’ll cut out your weak links and totally annihilate the target muscle.

To get the most out of pre-exhaustion for pecs for example, perform an isolation exercise such as flyes and then go directly to the main movement, like bench press.

You’ll have to go lighter on the bench, but you’ll feel a lot more stimulation in the pecs while eliminating some of the contributions of the triceps and delts. 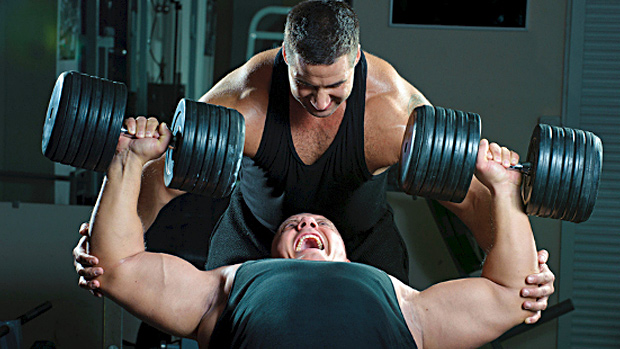 When you come to the end of a set and can’t complete another rep, it doesn’t mean that the muscles are totally fatigued. It simply means they can no longer lift that particular weight.

Lower the weight and you can pump out more reps, of course.

By continuing in this fashion, you’ll hit Type-II fibers, while the increased time under tension that comes from extending the drop set will activate Type-I fibers. Drop sets give you the best of both worlds.

Only use drop sets on the last set of an exercise. Start with a weight that’ll allow 6 reps, and then drop approximately 10 pounds on each successive set for a total of 4 drops.

The traditional rep scheme of 4 sets of 8 isn’t going to cut it when it comes to shocking your muscles into new growth. Your strength diminishes with each set and you just can’t lift heaver weight.

You can overcome this limitation with a system known as wave loading. Wave loading overcomes the diminished intensity problem by allowing you to adjust the reps and the weights for each set in a wave-like pattern.

This causes a phenomenon known as post-tetanic potentiation. It means that by doing a near maximum contraction on a set, you’re able to lift more on the next set.

As an example, a giant set for the deltoids could include lateral raises, followed by front delt raises and then rear delt raises with no rest between any of the sets.

This is a great technique for shocking smaller muscle groups like biceps and delts. It involves working with your training partner and completing a set to positive failure, then immediately handing the bar to your partner so he can do his set.

You go back and forth, resting as long as it takes for your partner to do his set. The number of reps you can pump out will of course decrease with each set. Eventually you’ll only be able to grind out one rep. That’s when your set will end.

I go/you go was a favorite technique used by Arnold and Franco, especially when curling. Arnold would smash out a set and then literally throw the bar toward Franco, who’d grind out the same number of reps before tossing it back.

The bar was never allowed to touch the ground until they’d curled themselves to oblivion. 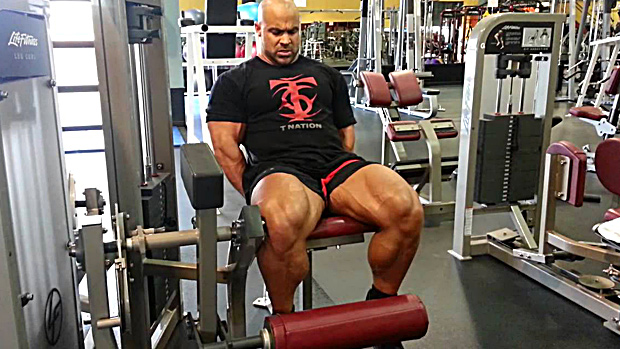 Rest-pause training is a great way to extend a set beyond the point of positive failure, enabling you to eke out those crucial extra reps that can make all the difference.

This isn’t a technique to use with big power movements like squats or deadlifts. It’s best used with movements that are performed with cable system or plate-loaded machine.

Complex training involves doing a series of exercises one after another with absolutely no rest between them.

Because all the exercises utilize the same piece of equipment (bar, dumbbell, or kettlebell), you’re able to scorch your muscle. Likewise, the rapidity of movement provides an awesome cardiovascular workout to lean you out while muscling you up.

Every exercise consists of three phases: the concentric (lifting the weight), the mid point (peak contraction), and the eccentric (lowering the weight).

Negative training focuses on the eccentric portion of the rep. You can lower a heavier load than you can lift, so you want to load the bar with 105% of your one-rep max for that movement.

Have your training partner stand by as you perform a slow negative, taking between 3 and 6 seconds to lower the weight. As the weight descends you push against the weight as hard as you can.

Once you reach the bottom position, your partner helps you back to the start position. This process is repeated until you reach your target rep count for that set.

Time under tension turns the conventional set on its head by concentrating on the time it takes to complete the set instead of the number of reps performed.

By extending that time under tension from the typical 20-25 seconds of a normal set to 30-45 seconds, you’ll be eliciting greater muscle growth.

As an example, you might do sets of 5 reps where you take 8 seconds to lower the bar. The number of possibilities is pretty much endless, of course.

These are traditionally done with bicep curls, but you could adopt twenty-ones to a number of exercises. 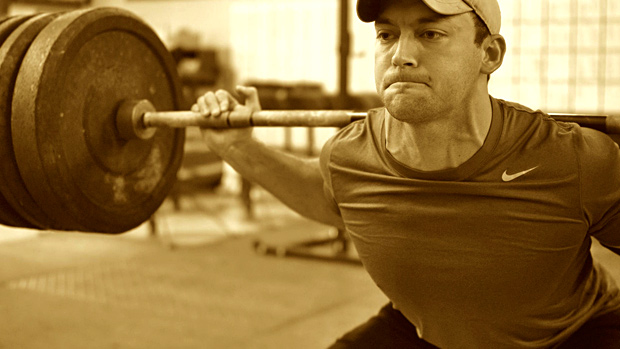 One and a halfs allow you to vary the stress placed on the working muscle by performing a full rep of a movement followed by a half rep done slowly. This full/half-rep pattern is continued until the set is finished.

Static contraction involves holding a fixed position during the strongest phase of a movement for a minimum of 10 seconds.

Let’s say you’re working bench. You’d load up the bar with 60-100% more than you’d use on a normal rep. Then your partner would help you unrack the bar.

Instead of attempting to do a full rep, you’d simple hold the bar stationary for 10 seconds at your strongest point, which would usually be a few inches short of full extension.

Do just one static contraction hold on each movement. You won’t believe the strength and mass gains that can be achieved with this technique.

The new high frequency training (HFT) focuses on a single exercise that you perform every single day.

This protocol is based on the fabled strength of Milo of Croton who carried a newborn calf every day until it was an adult bull, but it was modified by Chad Waterbury. (No bull required.)

In addition to your normal training, simply choose a bodyweight movement, like push-ups or pull-ups, and simply add one more rep every day.

The three keys to success with HFT:

German Volume Training (GVT) is all about volume. The goal is to complete 10 sets of 10 reps of a single exercise. Reps are completed in a slow rhythmic cadence with a focus on the eccentric part of the movement.

GVT will produce a fantastic pump as the blood flushes into your cells. Your slow-twitch muscle fibers will receive maximum stimulation, with a resultant increase in capillary and mitochondrial density.

Select just two exercises – one push and one pull – and alternate between the two. An example would be bench press and lat pulldowns. Select a weight that equates to 60% of your 1RM and then perform your 10 slow, controlled reps.

If you can actually finish off 10 sets of 10, you didn’t use enough weight. Once you do hit 10 sets of 10, increase the weight during your next GVT workout.