If you're always doing pull-ups the normal way, you're leaving a lot of potential benefit on the table. Even worse, you could even be asking for some overuse injuries. The best way to avoid injuries and get the greatest benefit is to do the following variations. 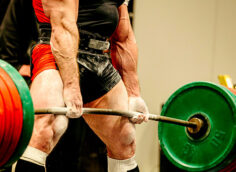 Does your 1RM need work? Here's everything you need to know about the neuromuscular system and strength.
Kelton Mehls, PhD August 23
An Interview with Ed Coan
Training
T Nation February 16