You always hear that cortisol is the enemy of muscle growth, but the often-ignored fact is that you need it to function properly; you need it to be able to deal with stressful events and to train hard. In short, you need it to live.

Consider that when your body needs to handle stressful events, including hard training, it kicks into gear by doing the following, courtesy of cortisol:

All that should make it obvious that you don’t want to quash cortisol levels completely. That would lead to chronic fatigue, depression, chronic muscle and joint pain, and the inability to regulate any of the functions listed above.

What About Too Much Cortisol?

Likewise, you don’t want too much cortisol as it can lead to problems such as:

As you can see, you certainly want to control cortisol. In our hormonal Goldilocks and the Three Bears scenario, we don’t want cortisol too low and we don’t want it too high; we want it just right. 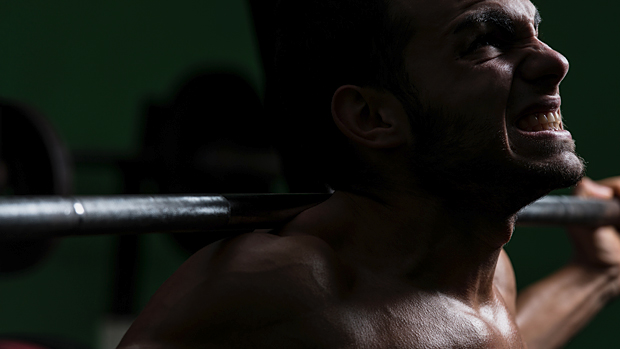 The Very Best Controller of Cortisol

There are a lot of “cortisol lowering” supplements available. Some, like glycine, can have a decent effect, but the effect is indirect as it puts your brain into rest and recover mode rather than directly addressing cortisol.

Phosphatidylserine is nice, but effective doses are very expensive. Adaptogens like rhodiola and aswhaganda can have an impact, but cortisol control is only a small part of what they do.

The fact is, most cortisol supplements either suck or are overpriced. The very best substance to help control cortisol is not overpriced, but it’s not very sexy. In fact, you are intimately familiar with it: carbohydrates!

Carbs will decrease cortisol production by elevating blood sugar levels and energy availability. Remember, one of the main functions of cortisol is to mobilize stored energy to face a fight or run away, but if you recently ate some carbs, there’s plenty of energy (sugar) coursing through your veins and it’s more easily available than what’s stored in your reserves. As such, there’s less need for mobilization, less need for cortisol.

Take a look at the sleeplessness experienced by competitive bodybuilders (or anybody going on a very restrictive diet) when they’re preparing for a show, especially during those last 4-5 weeks. That’s when calories and carbs are particularly low.

The body constantly needs cortisol to mobilize energy, and because calories and carbs are so low in these individuals, cortisol stays elevated the whole day and even into the evening. Cortisol then increases adrenaline and the adrenaline stays high, making it pretty much impossible to sleep properly.

But it’s energy that comes at a cost. Over the long run, you over-stimulate the beta-adrenergic receptors and eventually become desensitized to cortisol, leading to the problems listed earlier.

So yes, consuming carbs is a very simple way to control cortisol levels… but there are drawbacks.

The Limitations of Carbs

The main problem with using carbohydrates for cortisol control is that it’s very easy to overdo it. After all, how many of us really measure our food? To make matters worse, most high-carb sources tend to be calorically dense, which makes it easy to consume a lot more than you should.

Over time, this overconsumption of calories and constant release of insulin can desensitize your insulin receptors and make it much harder to get lean and muscular.

Another issue, at least when it comes to workout or athletic event performance, is that you want carbs that are rapidly and easily absorbed without causing too much of an insulin release. That’s a hard combination to find because normally, if you consume conventional “fast absorbed carbs” like straight sugar, candy, white bread, etc., they enter the bloodstream rapidly but also cause a stupendously high release of insulin.

The problem with having a high insulin response during training is that it can lead to “reactive hypoglycemia,” which is when the body becomes paradoxically hypoglycemic (low blood sugar) in response to consuming sugar.

What happens is that a huge bolus of the wrong types of carbs will cause a huge release of insulin, but that large amount of insulin will quickly dispose of all that sugar (by sending it to muscles, the liver, or fat storage), leaving you with low blood sugar.

This makes it pretty much impossible to perform well physically and mentally. You’re weaker and you can even get woozy and lose focus and coordination. Furthermore, this reactive hypoglycemia will lead to exactly what we’re trying to avoid: excess cortisol.

When the body senses a hypoglycemic situation, it will release both cortisol and glucagon to mobilize stored glucose to bring blood sugar back up to normal. If you get reactive hypoglycemia during training, you’ll end up producing more cortisol than you would normally have produced without the carbs!

On the other hand, if you consume “slower absorption carbs” or consume the carbs with harder-to-digest foods (slowing down digestion will also slow down the rise in blood sugar and lead to less insulin), you will likely avoid reactive hypoglycemia.

But even that comes with a problem – digestion will rob you of training energy. When you’re digesting food, blood flow is diverted from the muscles to the digestive system, in which case your workout will suck.

All of this is why I prefer concentrated peri-workout nutrition. 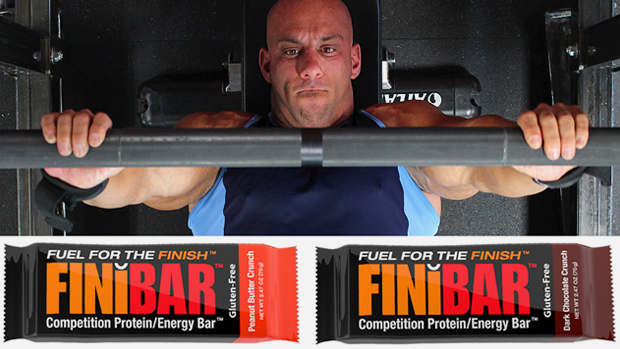 Finibar™ is a protein/energy bar designed to maximize workout and athletic performance. It contains fast-absorbing carbs and the optimal amount of protein for workouts.

Why is it the perfect bar for controlling cortisol and fueling our workouts? For the following reasons:

It, like Finibar, causes very little insulin to be released. Both contain a highly evolved functional carbohydrate that leads to a small and contained release of insulin. But, truth be told, there is no better pre- and intra-workout in the world than Plazma. However, Finibar™ is a close second, and can be extremely useful in four specific situations: 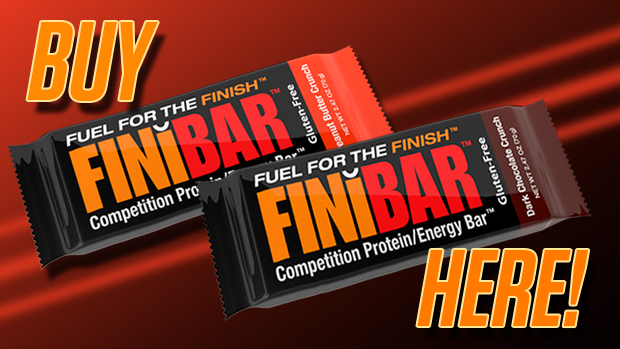 Carbs can be your best ally in controlling cortisol levels during a workout and optimizing performance and recovery, but using the wrong approach can backfire badly. In fact, the wide majority of people that falsely claim that peri-workout carbs don’t work are either keto zealots or have used the wrong type of carbs/meals pre-workout, thus leading to reactive hypoglycemia or digestive interference.

That will not happen with Finibar. It’s a simple, inexpensive strategy that tames cortisol.