How would you like to shrink your waist by performing one simple exercise? Want to know something that’s even cooler? The same exercise that’s going to decrease your waist circumference is also likely to remedy your lower back pain.

Many lifters today prefer the old-school bodybuilding physiques as opposed to the modern day behemoths. A large part of that preference has to do with the sleek waists possessed by those classic, V-shaped bodybuilders.

Back in the 70’s, bodybuilders didn’t just think about building individual body parts; they thought about the appearance of the physique as a whole. That’s what bodybuilding, whether recreational or competitive, should be about – creating a visually appealing physique in its entirety.

Even Arnold Schwarzenegger, who was a mass monster in his day, had a really small waist. And when I’m talking small waist, I’m not talking genetically small as in left-to-right (narrow iliac crest or hip width). I’m talking about small front-to-back, which is something that is within your control, unlike your bone structure.

Guys like Arnold, Frank Zane, and Lee Haney didn’t just stumble on these tiny waists and the incredible ability to hit a vacuum pose from any angle – they earned them. They actually made it a priority in their training and contest prep to work on performing the coveted vacuum.

To them, working on pulling in their midsection was every bit as important as working chest and biceps, and I’d argue that we should have a similar perspective.

Science of the Vacuum Exercise

Let’s geek out a little bit and look at a little science behind this vacuum-thing. 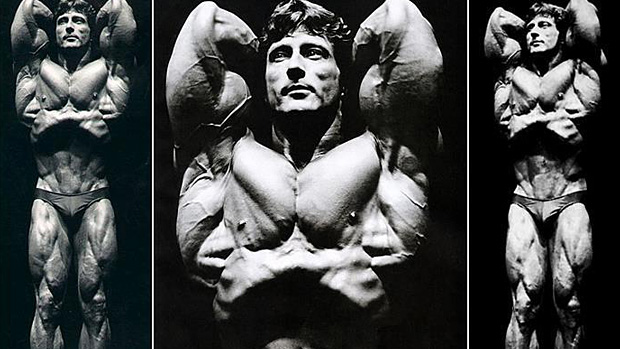 When Zane was hitting his famous vacuum pose, he was intensely contracting a muscle we sadly don’t think much about today, which is the transverse abdominis (aka transversus abdominis), or TVA.

The TVA, which lies under the rectus abdominis and obliques, is the deepest of the abdominal muscles. It’s a unique muscle because it doesn’t connect to and move bones closer together like most other muscles. In fact, many of its fibers don’t connect to bone at all. Instead, they run across the midsection, hence the name transverse abdominis.

So the TVA runs left to right across your midsection, much like a weight belt. And, in fact, that’s precisely one of the primary functions of the TVA, to act as a natural weight belt. When the TVA contracts, it increases intra-abdominal pressure and stiffens the spine. Again, just like a weight belt.

But the TVA isn’t just for use when we’re lifting; it also serves to hold our internal organs up and in our abdomen where they should be. Think of the TVA as the anti-distended-abdomen muscle. And that’s exactly why you need to train it!

A tight midsection isn’t the only reason we’re going to pay attention to the TVA. It also plays a huge role in preventing low back pain. In fact, numerous studies show that most people with low back pain have a “sleepy” TVA – one that doesn’t contract when it should.

The good news is that studies also show that your sleepy TVA can be woken up via exercise, and that doing so will quite possibly reduce or eliminate your back pain.

It makes sense to start with the easiest, most basic version of the vacuum exercise – or as it’s known in the clinical world, the “abdominal drawing-in maneuver” or ADIM. Given that you’ll get the assistance of gravity, the supine (face up) version is where we’ll begin.

In the beginning, try to hold the vacuum for about 15 seconds or so on each set. As with any exercise, you’ll want to progress over time. Work up to holding the vacuum for 60 seconds each set.

Now, don’t let your inability to hold your breath keep you from doing these longer sets. Take small breaths as needed.

Start with three sets and, over time, work up to five sets if you’re serious about getting results.

By the way, to make an obvious point, no exercise works unless you actually do it. And from an adherence standpoint, I’ve had best results doing these first thing in the morning upon awakening, even before getting out of bed.

Not only does this make it easy to create a habitual routine, but it’s also advantageous in that your stomach will be empty. As such, your midsection will be naturally flatter at this time of day. This makes it easier to get a nice, full contraction of the TVA.

Once you can do five, 60-second supine vacuums, it’s time to consider making the movement harder via the quadruped variation i.e. on your hands and knees. The quadruped vacuum is a bit more difficult than the supine version, primarily because you’ll be working against gravity. 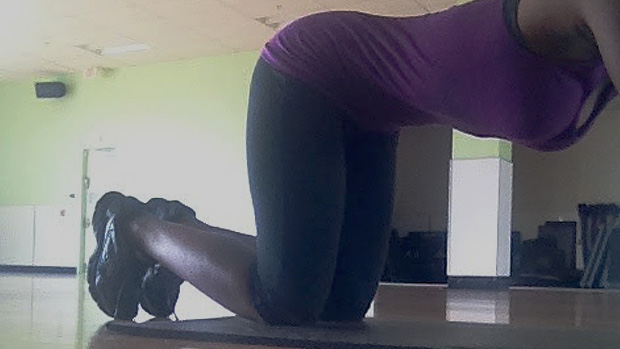 Taking only gravity into account, the quadruped vacuum should be the more difficult exercise, but due to the fact that other spinal stabilizing muscles come into play, the seated version is actually more difficult. 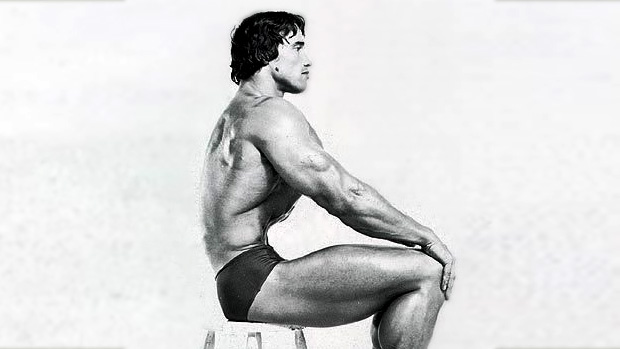 Begin by sitting on a stable surface, but without leaning against anything. As with the other versions, exhale and pull your navel in toward your spine. Again, work up to a few sets of 60-second vacuums.

To speed up progress, perform your seated vacuums on an unstable surface like a Swiss ball.

The next step on the progression ladder is what I call the functional (real life) vacuum. Don’t stop doing the above variations. Instead, do one or more of them in addition to the functional version.

The primary difference here is that you’re holding it in (lightly contracting your TVA) indefinitely, and obviously breathing throughout the movement. No need for me to recommend sets here. It’s simply a matter of being conscious of your TVA and not allowing it to relax when seated, which is typically what we do.

Sadly, most of us tend to sit more than stand. If that’s true for you, getting the hang of pulling your TVA in while seated will increase neurological tone and will carry over to the standing position to the point where you won’t have to think much about it.

That said, make sure you’re lightly contracting your TVA when standing, too. Before long it’ll just come naturally.

To bump up the intensity and functionality of your vacuum training, do some exercises where you’re contracting the transverse abdominis and the rectus abdominus at the same time. Simply put, you’ll first do a vacuum, and then you’ll do a crunch-type maneuver (spinal flexion). The pulldown crunch would be perfect:

You could also do a more basic, supine vacuum-crunch exercise. Simply contract your TVA by drawing in your navel and then doing crunches, making sure to exhale as you come up to the contracted position.

If you compete or plan to compete in bodybuilding, do yourself a favor and, in addition to these exercises, practice vacuuming your midsection when you practice posing.

Keep in mind that the judges can see you from the moment you begin to walk out on stage and they can see you between every pose, not just when you’re actually locked into the pose. Having a sleek, tapered midsection will most certainly improve the visual appeal of your physique, but the only way you’re going to be able to present a sleek waist on stage is to practice the vacuum regularly.

The same goes for you beach/pool goers. If you train your TVA adequately, your midsection will naturally stay drawn in without you having to think about it.