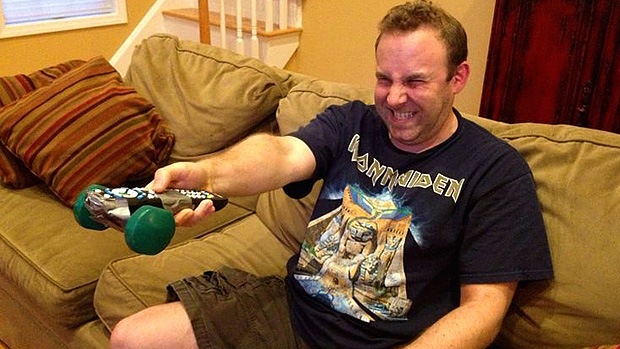 The advice is usually consistent to what that person does with every client in his corner of the strength training/fitness world. And, here’s the funny thing: he’s probably right!

LeBron’s power clean would go through the roof with his kind of strength training. Kobe’s plank would improve exponentially and Usain would easily have more range of movement in his shoulder. Too bad their performance in their respective sports would likely take a big hit.

It’s the single hardest lesson of being a strength coach – I can make you stronger, but it might not help at all. In fact, it might just hurt you, which is captured by the old chestnut, “Looks like Tarzan, plays like Jane.”

You might have the fast forty, the big bench, and the six-pack abs, but you can’t take getting punched in the mouth. You, of course, have to punch back.

I hear this all the time:

“If I coached the high school team, we would do CrossFit and out-condition the opposition.”

Yeah, yeah, yeah. Well, I actually tried it and it was an epic failure… and I apologize!

“We need to get everybody bigger and stronger.”

I tried that too and watched my own efforts come back to mock me. Sometimes, and this is the honest truth, elite athletes are just struggling to survive week to week. Oftentimes, if something worked, they’d already be doing it.

2 – The Critic Who Never Lends a Hand

I learned weightlifting from 1965 to 1971 from watching my brothers and from reading what Bruce Randall recommended in the little pamphlet that came with the weightlifting bar. Three sets of ten in a variety of presses, some rows, curls, and squatting on the toes to “build your thighs” were all anyone needed.

Then, in 1971, I graduated from the eighth grade (by the way, eighth grade was the best three years of my life) and moved on to Southwood Junior High. There we were taught this program:

My classmates and I ended up doing a lot of those movements that year. However, whenever I write an article about power cleans and front squats, I get twenty questions asking, “What are those lifts?” They shouldn’t be that hard to grasp. After all, a group of smelly ninth-graders mastered them perfectly fine.

After leaving high school, I met Dick Notmeyer and for the next few years, I learned the Olympic lifts under his guidance. Five days a week, we went to his gym and trained three hours a day. He charged twenty-five cents a week for dues, though, so obviously he was in it for the money.

But where do most of today’s gym rats learn the lifts? Online videos? The majority is pure crap. They’re not just wrong, but dangerously wrong. And following the advice of that TV expert in the kettlebell swing will downright hurt you.

So, do you go to the magazines? The advice is almost universally about combining isolation work. Why not just do some compound movements (power clean, military press, front squat, and bench press, for example), increase the load, and save time?

Actually, I know why. Most people don’t know how to do these movements. I generally figure that it took me fifteen years in the weight room to start to really understand the basic principles of training and movement. It took even longer to appreciate how to help others.

That’s why you either need to stop making fun of the guy curling in the squat rack or go out of your way to help. When I was coming up, most of us learned from the others in the gym. It takes time to learn the ways around the gym, the rack, and the platform.

It’s time to bring back that “quaint” old habit of helping others. 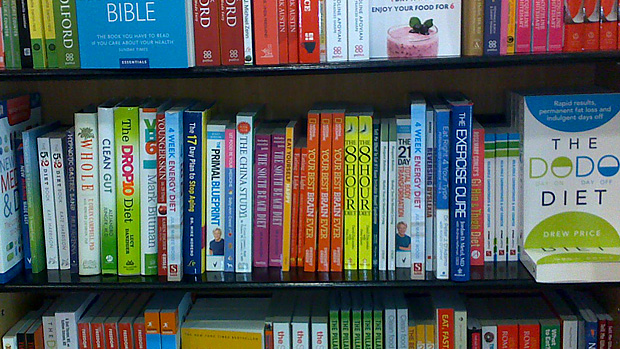 Marc Halpern is an RD who trains at my morning sessions every day. Marc “fixed” my third issue a few months ago, which is the war raging between the various diets.

I recently visited a used bookstore and I came away with a great insight. Basically, take any macronutrient and argue “No” or “Only” and then write a book. Years from now, it’ll sit on the racks of a used bookstore arguing with the book to its right and to its left over the best diet. The book that tells us bread is the issue sits next to the Bread Eater’s Diet.

In fact, all diets, all methods of caloric restriction and good food selection, work. You know what I’m going to say. “Pick one.” Then, stick to it.

Marc gave me the great insight – all diets tend to argue the same facts. If you took a massive Venn diagram and found where they all agree, you’d come away with these conclusions:

Strive for “pretty good” when it comes to diet and forget perfection. Push your food choices more to eggs and veggies as opposed to fast food and candy. Then, stick to it. 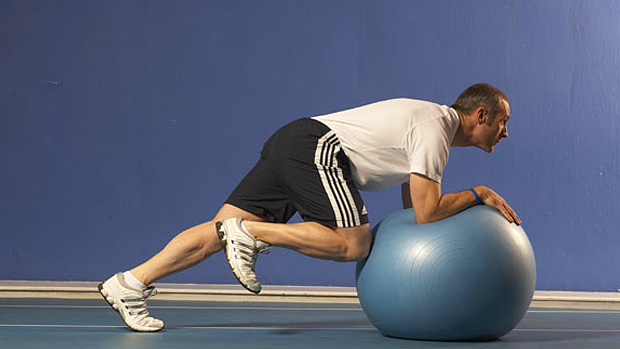 Apparently, all of you are injured, destroyed, and depleted. Please, toughen up.

While training at the original World Gym, I noticed that every male around me was foam rolling, aligning their chi, or doing any one of a number of misguided therapies. They all seemed normal to me, but none of them trained. They were all doing various stretchy, rubby things.

Listen, I know there’s a time and place for therapy, but you also have to train. DOMS, delayed onset muscle soreness, isn’t a terminal condition. All you need is a little warm up and another training day.

For years, the warm-up period has continued to increase in time and fluff until the workout has all but disappeared. Today, many people don’t have time to warm up as their corrective work takes the bulk of time.

It’s the same issue I have with “hydrating.” Stop calling it that. It’s just drinking water and my dog does it when he runs after his ball for half an hour.

I believe that intelligent training focusing on the fundamental human movements will be far more effective for joint mobility and lean body mass than all the other crap you find yourself doing.

If you have a specific, fixable issue, by all means, fix it. If it needs surgery, schedule that date and make sure you have some home care. Otherwise, stand up and walk over to the weights.

When you post online, use your real name. If you don’t want your boss or your mom to read it, don’t post it.

It’s like these Rambos who come out of the ether to post whenever a killing spree takes place. Invariably, they say something like, “Yeah, they were lucky I wasn’t there, cuz I woulda grabbed that rifle and shoved it up his ass and fired until it went click, click, click.” Really? That’s what would have happened?

Likewise, I’ll post an article and someone will type something like, “Yeah, I just did the 10,000 swings with the 24K kettlebell and the workout was great.” Or, we see, “Yeah, I just back-squatted 500 pounds for 50 reps… good workout.”

Right. I believe you! Some day, I hope to visit Gotham City for real and see all these superheroes in person. 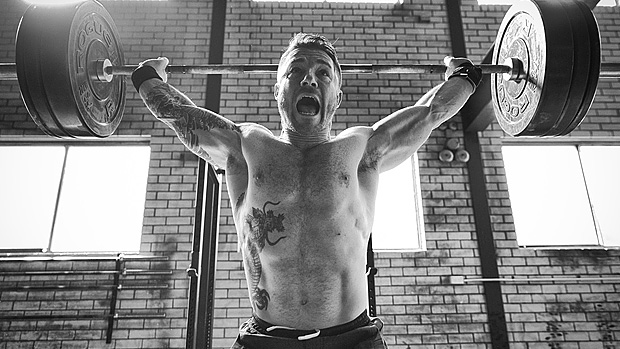