Young men, almost universally it seems, eat fast. Whether they're just always in a hurry or they were raised by a family of wolves who might at any moment snatch their mutton chop away from them is unknown. One thing for certain, though, is that if their habit of eating fast continues into adulthood, they run the risk of having higher fat reserves and developing type 2 diabetes.

Fast eating correlates with eating more; it doesn't allow enough time for hunger suppressing hormones like ghrelin, hormone peptide YY (PYY), or glucagon-like peptide 1(GLP-1) to kick in. Hence wolf boys don't get that full feeling until long after they've left the table to go romping through the woods.

Furthermore, fast eating doesn't allow enough time for insulin to do its thing. Nutrients don't get delivered to the right address. They end up in the fat mailbox instead of the muscle mailbox.

Scientists have studied this phenomenon more than once. In 2006, Japanese researchers studied the relationship between fast eating and body mass index (BMI). They looked at the eating habits of 3737 men and 1005 women and had them categorize their eating speed as "very slow," "relatively slow," "relatively fast," and "very fast." The faster their eating speed, the fatter they were.

Another study conducted in 2008, again in Japan, looked at the eating habits of 2704 men and 761 women over a one-month period. While adjusting for age, energy intake, and lifestyle, fast eaters showed a statistically significant gradual increase in insulin resistance.

A more recent study from Lithuania in 2013 looked at both insulin resistance and type 2 diabetes. Scientists recruited 234 people who'd recently been diagnosed with type 2 diabetes and compared their data with 468 people who didn't have diabetes. Fast eaters were twice as likely to have type 2 diabetes than the slow or normal-speed eaters.

Clearly, eating fast is a bad habit as far as health and looking good naked is concerned. Eating slowly, on the other hand, conveys several benefits:

To slow your eating down, simply put down your fork or spoon after each bite. This will force you to become more conscious of your eating. 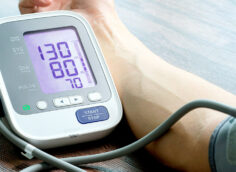 The salmon and beef industry have fooled us, and the miracle food of the week is a joke. Here's why.
Dietary Myth Busting, Feeding the Ideal Body, Nutrition & Supplements
TC Luoma February 18

It's easy to drop bodyfat if your cravings for sweets and other junk are taken away. Here's one way to do it, according to science.
Carb Control, Diet Strategy, Nutrition & Supplements, Tips
Chris Shugart January 21