And I won't bore you with tips on how to get to sleep. What moron doesn't know that the room needs to be dark and quiet? Likewise, you probably know that the room should also be clear of all wolverines because they might chew off your toes, thereby disrupting your sleep patterns.

Personally, I want to know what to do if those common sense tactics don't work. In my case, I almost never have trouble falling asleep, but I often wake up in the middle of the night, at what Swedish director Ingmar Bergman called "the hour of the wolf":

"The hour when most people die, when sleep is deepest, when nightmares are most real. It is the hour when the sleepless are haunted by their deepest fears, when ghost and demons are most powerful..."

That's why I'm more interested in pharmaceutical sleep aids like phenibut, which I take to exorcise the wolves, ghosts, and demons and get back to sleep.

What the Hell is Phenibut?

Phenibut is a psychotropic (any drug capable of affecting the mind, emotions, or behavior) first developed by the Russians in the 1960's and was supposedly included in the medical kits of cosmonauts due to its tranquilizing and cognition-enhancing effects.

The United Kingdom and Australia, however, covet phenibut for its off-label purposes, like the reduction of social anxiety and feelings of mild euphoria. Where it shines brightest, though, is as a sleep aid.

Phenibut not only acts like GABA, but it causes the body to release more GABA, thereby providing a two-fisted attack on sleeplessness.

Recommended dosages of phenibut appear to have no serious side effects, except for the rare case of gastrointestinal upset. The drug even appears to have cardio-protective properties.

Nootropic (creativity, memory, intelligence) effects start to kick in with dosages as low as 75 mg., while doses of 125 to 500 mg. produce profound relaxation that usually leads to sleep. And, unlike most sleep aids, the morning "hang over" is mild or non-existent.

However, as is the case with any and all drugs that help you sleep, bad things could potentially happen if you start getting stupid with the dosing. Always follow label instructions, and don't exceed 500 mg. in one 10-hour period (the half life of a 250 mg. dose is 5.3 hours).

How to Use It

Like all sleep aids, phenibut should be used only when you need it, because, like any drug, repeated use will lead to a degree of resistance where you might need higher and higher doses to achieve the desired effect.

For those nights when sleep is elusive, or for those occasions when you need a guaranteed good night's sleep – like before an exam, athletic competition, or business meeting – take two capsules of phenibut-containing Z-12™ (which also contains a couple of sleep-inducing amino acids) at bedtime. Depending on how full or empty your stomach is, Z-12™ should kick in within 15 minutes or so.

As I mentioned, though, the drug has a couple of other "off label" uses. I take one capsule of Z-12™ when I wake up in the middle of the night to fight off the wolf hour. (More than one, taken that close to morning, might leave me with morning grogginess.) I also take the occasional single capsule to help with any diurnal run-ins with the wolves, ghosts, or demons that cause anxiety. 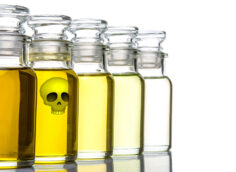