Increasing the quality and quantity of your sleep comes with multiple benefits, ranging from higher levels of testosterone to faster muscle recovery and to just feeling better in general.

As a T Nation reader you already knew that. The positive effects of sleep on health and performance are well known. So why do so many athletes and lifters fail to take advantage of deep slumber?

For one, it’s difficult to pinpoint the exact number of hours of sleep that maximizes your ROI (return on investment). Which makes you wonder: How much is too little sleep? How much is enough? What’s optimal? And at which point does spending more time in bed turn from a healthy activity to a display of blatant laziness?

We’ve all heard the banal recommendation of sleeping eight hours per night. But some guys get just shy of seven hours of shut-eye and seem to be doing just fine. Others feel groggy after spending nine hours between the sheets.

Where does the sweet spot lie for a guy or girl who wants to dominate in the gym, rack up victories on the field, and feel amazing day after day? Recent studies may have found the answer. 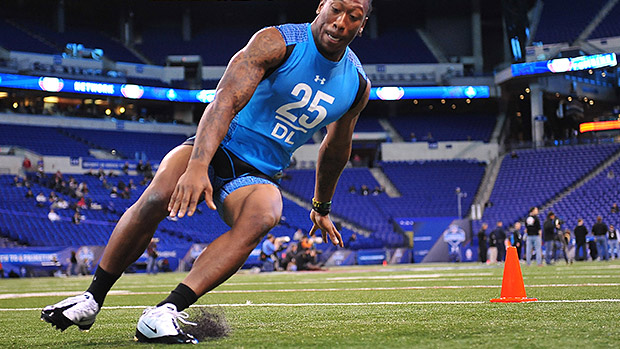 A series of studies at Stanford University examined the effects of sleep on athletic performance. Student athletes from a handful of different sports extended their sleep from around eight hours per night to ten hours. They maintained this new, longer sleep schedule for five to eight weeks (1-4).

The results were nothing short of impressive:

The same research group also conducted another study on elite male cyclists. This time, instead of sleep extension, they investigated the effects of sleep restriction. The cyclists slept only four hours per night for three days in a row. The results?

In short, athletes who slept 10 hours per night over the course of several weeks ran faster, reacted quicker, and hit or threw a ball with greater accuracy. In addition, their mood and vigor improved significantly while daytime fatigue decreased.

On the other hand, just a few nights of subpar sleep led to a significant drop-off in athletic ability.

First, review your current sleeping habits. What time do you usually hit the sack? What time do you get up? Do you sleep solemnly or jolt out of your slumber in the middle of the night? Most importantly, do you feel reinvigorated in the morning?

If you’re like most Americans, there’s a good chance you’re not sleeping enough, and the quality of your sleep also leaves a lot to be desired.

So, make it a conscious decision to get an extra hour or three of sleep to hit the 10-hour threshold.

Not only does it boost your athletic performance, but it will also significantly improve your mood and energy.